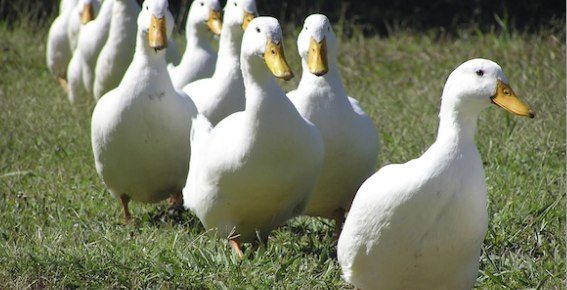 15 Ways To Increase Your Twitter Followers and 10 Essential Tools

This post was originally published on March 31 2010, but still has the value and has therefore been moved up. At the end of the post you will find more updated content as an extra on this post.

Admit it, size matters. Your Twitter followers have become as big a question as “What’s your number?” People look at your followers and make judgements, it’s only natural. So what can you do to increase your volume of Twitter followers?

There are many ideas out there, and I am sure you have seen your fair share of ‘Top Twitter Tools’ posts, but I have realised there is a need to bring these together and really explore how these tools can help. So, let’s focus on 10 ideas to increase your Twitter followers and the tools that can help you.

Begin to target well respected and widely known figures within your industry through your tweets. Grabbing the attention of these figures and developing relationships with them can dramatically effect how many people become aware of your profile and if they like what you say (which of course they will…) and see you talking to people they follow, they will follow you.

Create a list of power tweeters who you want to follow you. Select one a week to monitor and listen to what they have to say, and then be as helpful as you can. It is similar to whoring yourself but the rewards can justify your self loathing and the dirty feeling you have afterwards.

Tweet Deck allows you to create and manage Twitter lists. You can easily create a list of people who you want to monitor that week in order to reply to any cries for help – http://www.tweetdeck.com

Ok, well not literally rush hour, but throughout peak times. Studies show that top Twitter activity usually takes place between 10:00 and 16:00pm. Tweeting during those hours will mean you greater visibility on your feed. However, the most active hour for people engaging in the twittersphere is between 1pm and 2pm every day, so put down your sandwich and think of something interesting to say…. and no not about what sandwich filling you have gone for today.

Twaitter is a very useful tool for scheduling tweets. This will allow you to send informative tweets throughout the day, every day without having to worry – http://www.twaitter.com

Yes you did read that right, following other people can lead to you gaining more followers. Following other people within your industry lets them know you exist and gives you a platform for them to hear your voice. It increases your exposure and if people like what you say then will follow. Similar to the Hollywood catchphrase “if you build it they will come”, “if you say it right they will follow.”

Twitter is a social tool so you need to be social. Status updates are good but interaction between people will have a greater effect.

Tweet Beep is a very effective tool that sends you alerts for a range of specified keywords. This will ensure you never miss an opportunity to join or reply to a conversation – http://tweetbeep.com/

If you really want people to follow and continue following you, make it impossible for them to leave by providing them with high quality and interesting updates. This can be via linking out to an informative article or by giving a thoughtful opinion in a wider discussion.

Twit Doc allows you to upload a document, image or video and share it across Twitter – http://www.twitdoc.com/

By following other people it lets them know you are online and it can initiate conversations. If you can begin to communicate with users who have a large following it will build up brand or (personal awareness) and their followers will start to follow you.

Twitterrel allows you to find people who have a similar interest as you – http://www.twitterel.com

Put links to your Twitter profile everywhere. Link it on your blog, Facebook Fan Page, email signature, and everywhere else you have a presence online.

Selective Twitter Status will sync your tweet with your Facebook page every time you add #fb to the end of a tweet; this is handy for choosing which tweets show up in your Facebook status updates and a very useful application if you want to tweet away from the office on an iPhone or BlackBerry app – http://www.facebook.com/apps/application.php?id=115463795461&ref=appd

Utilise the #hash tag. Some people search twitter through categories, so if you tweet about  ‘fashion advice’ use the hashtag #fashionadvice.  If others enjoy similar content in which you have posted on they might follow you for more updates or even a conversation.

Twit Scoop displays in real-time the words which are buzzing right now on twitter so take advantage and utilise the hash key for relevant trending topics – http://www.twitscoop.com/

For all those literals out there, although building the number of followers has become one of the more important factors of having a twitter account, another point to consider is then getting those followers to promote your tweets and spread your voice. Your followers then become influencers, by retweeting the information you provide you are seen as an authority voice.

It is not just how many followers you have that matters, it’s how many times you get retweeted.  Retweeting is often more powerful as it acts as an accreditation by other users, who are in turn recommending the tweet to their followers. For a visualisation imagine wild fire.

One more way you can increase your Twitter followers is to make it to always make it easy for people to follow you. If you have to make people work and think about it, they most likely won’t. Which is why if you like this post you should follow me here: Sam Murray Twitter Profile

This post was originally published on March 31 2010, but still has the value and has therefore been moved up. Below you find more updated content as an extra on this post.

And here are five more…

Unfollow who you don’t need to follow: One of the most used methods for ‘spammers’ is the ‘follow – unfollow game’, which means they follow a user, hoping they will follow back. In 50% of the cases they do. The spammers then unfollow them again. This is not a way to get high quality followers however. What you could learn from this however is to unfollow those that are not following you if they don’t have too much interest in them. It will help keep your account clean.

Look to follow people who retweet. Another one which can be helpful but is going to the grey side is to really think about who you want to follow, hoping that they will follow you back. Find out which people retweet a lot. If they start following you and tweeting your content you will become more visible to others.

Take time zones in account. Automation can help your twitter. It can help for example with point 3 Sam mentioned above, you can really time your tweets. You can easily tweet again on a different timezone, not everybody will see your tweet twice, because they are not all staring at your timeline all the time.

Do not automate too much. However be careful not to automate too much. Too much automation will make people unfollow you quickly and new potential followers who will check out your account and only see automated material will be less tempted to actually follow you.

Off course we also would like to know what your thoughts are: what are more ways of getting more followers? 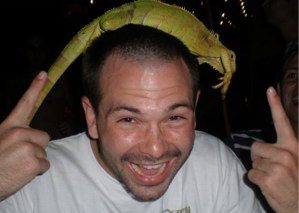 Latest Post from Sam
Uncategorized How to Leave your Job, the Country and Survive