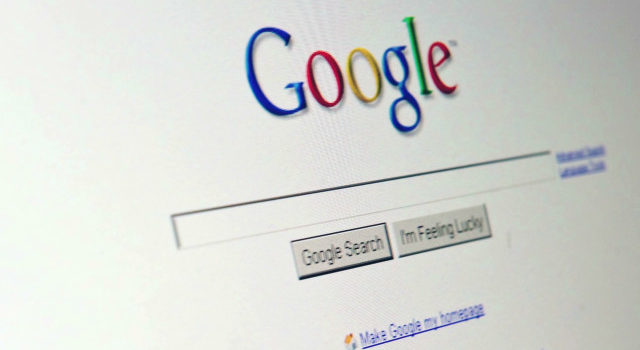 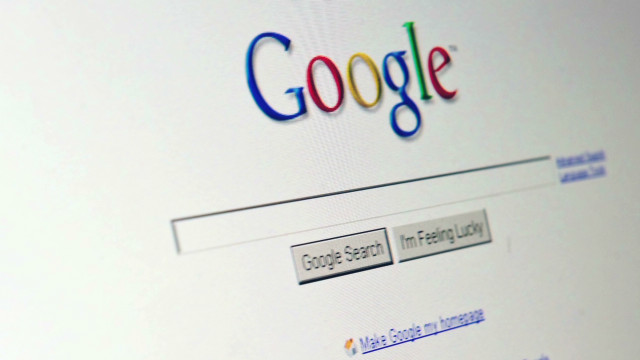 Google has made many changes in the past five years. On average over 500 a year. Most of these changes have been algorithmic, but there have also been a lot of changes on the ‘front end’. That what the users see: the SERPS.

In this article we’ll look at the most important changes in the past five years. You can say that in 5 years time the ’10 blue links’ have changed into a rich page full of answers. These answers come from different places, but Google is definitely providing them to the searcher as ‘their own’.

This also means that the results that are organic website results have less visibility. Bastian Grimm thinks this process is far from over:

“A big change is SERPs aka “no 10 blue links anymore”: Which is not meant as one change per-se but rather as a process. Whilst a long time we just had a pretty solid set of 10 (similar looking links) it’s almost changing every day now.”

Let’s take a look at the most important changes. We’ll look at:

Without a doubt Knowledge Graph has had the biggest impact on how the search results have changed in the past five years. To mention every change on the Knowledge Graph here would make for an entire book, so I won’t do that, but just to give you an idea of the changes, only in 2014 we saw amongst others these changes to just the Knowledge Graph:

Showing the video of a song with added information, pushing everything else below the fold: 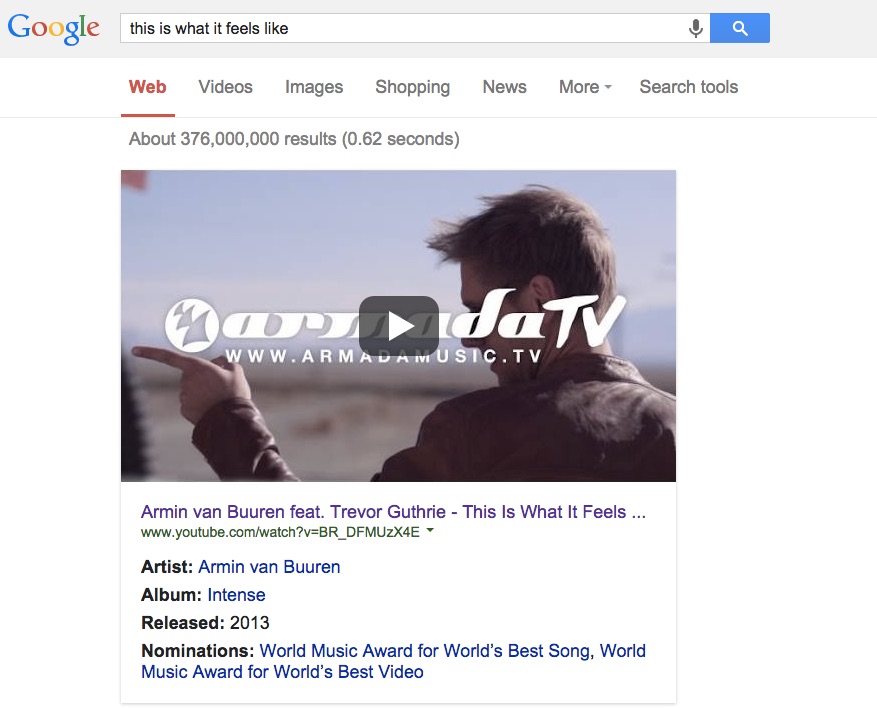 Have a question? No need to click through, Google will tell you in the SERPS directly: 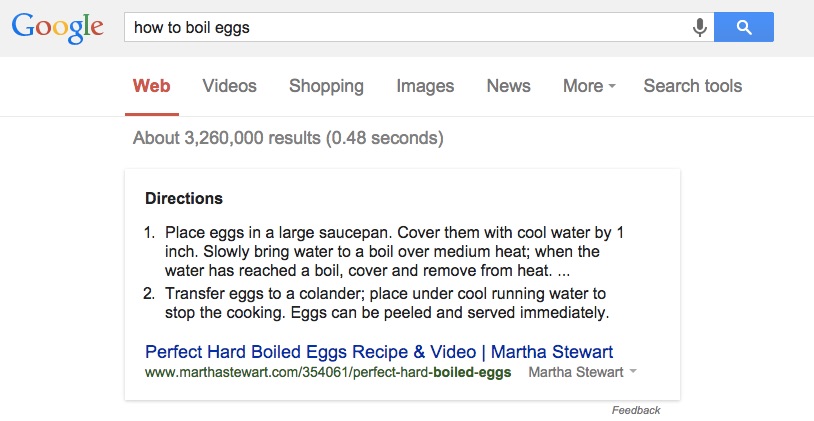 No need to look further, everything you want to know about an artist is right there: 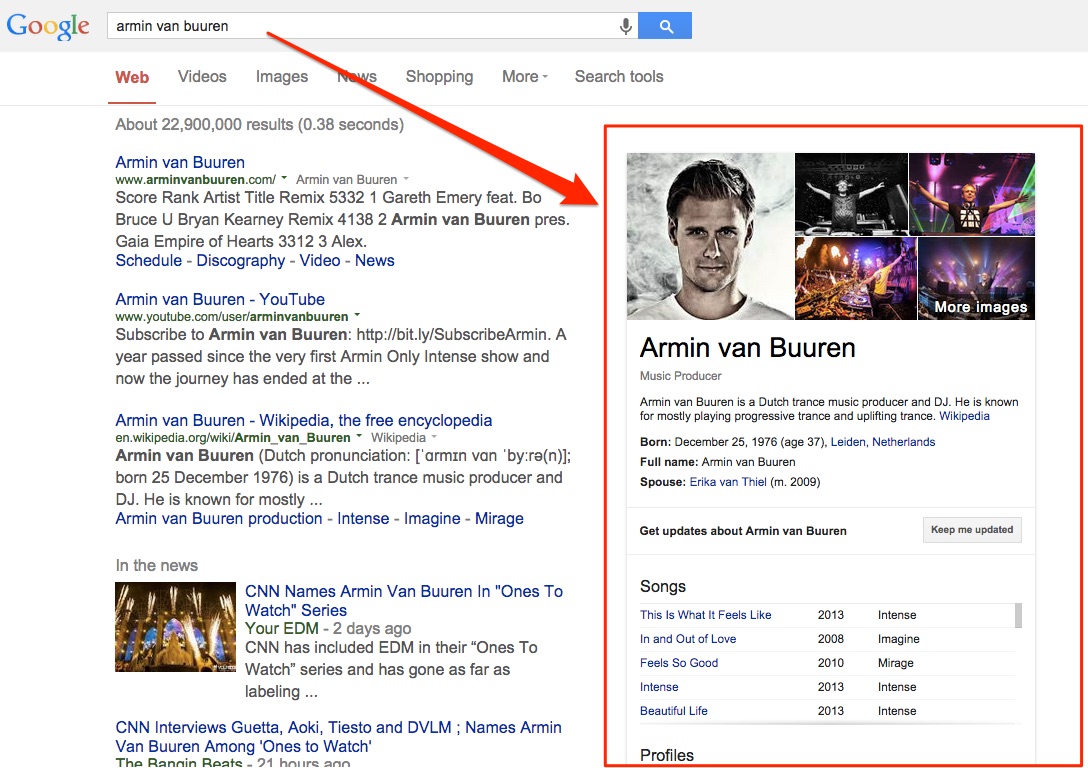 Find out all about the movies

And of course there are the movie searches where you can find all about the different movies playing: 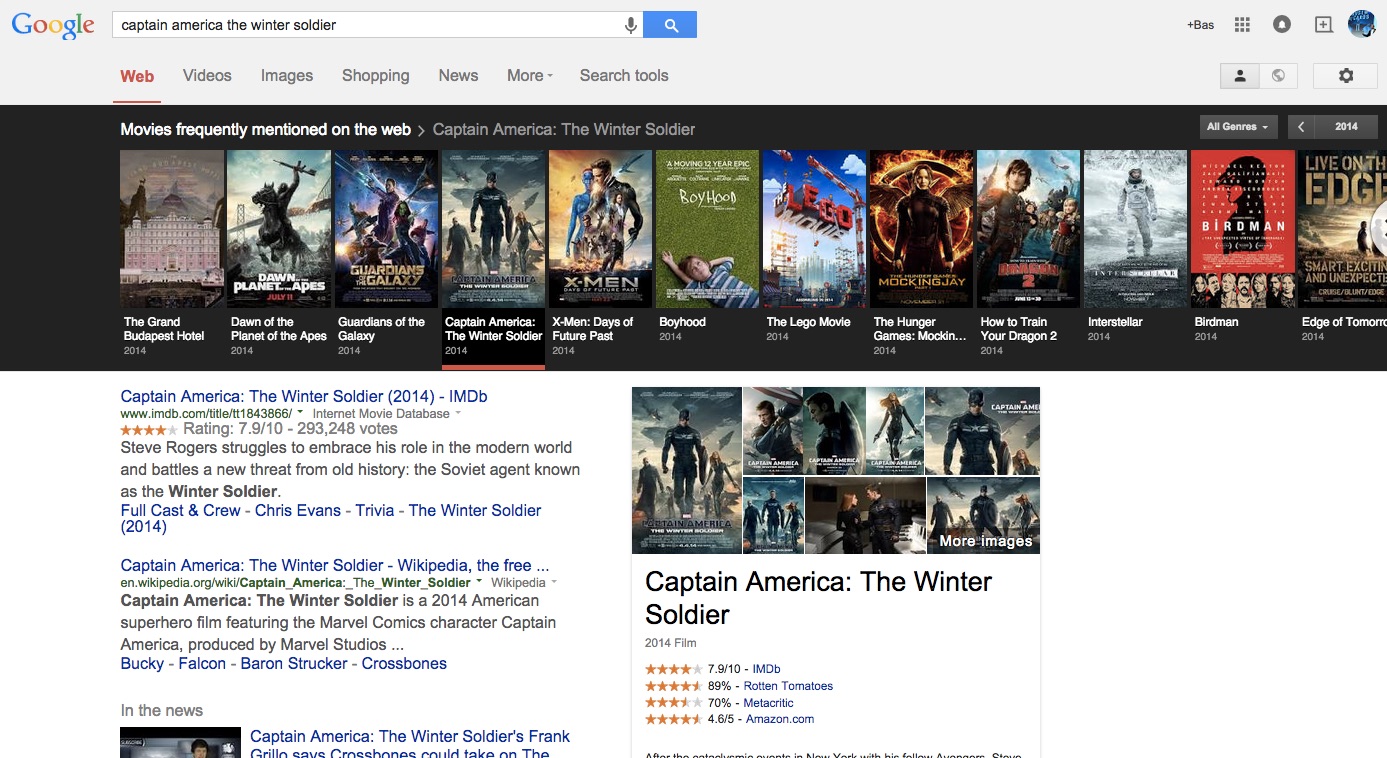 Basically you can say that Google went from showing websites to showing answers. With Knowlegde Graph they have over the years changed the SERPS from Search Engine Results to an answering machine.

Local is mentioned several times in the different articles. There are several reasons for that. The most important reason of course is the fact that people are getting more ‘local’ as in, they are more online while on the road (mobile) and are looking for different types of results. This means we’ve seen the results changed because of local many times.

Back in 2010 Google first started playing with getting business places out of the maps into the actual search results. We then saw the map show up for the first time in the right pane of the search results as this image (from Moz) shows us: 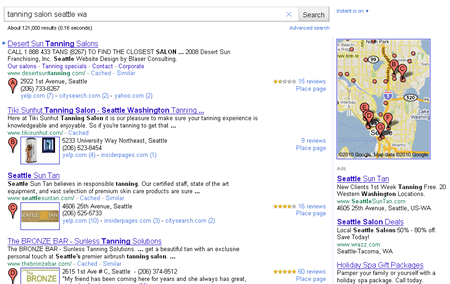 In November 2011 we saw more changes to the SERPS when Google put more emphasis on rich content around what they are displaying, especially in local. This image from Getg5 shows the most important changes very nicely: 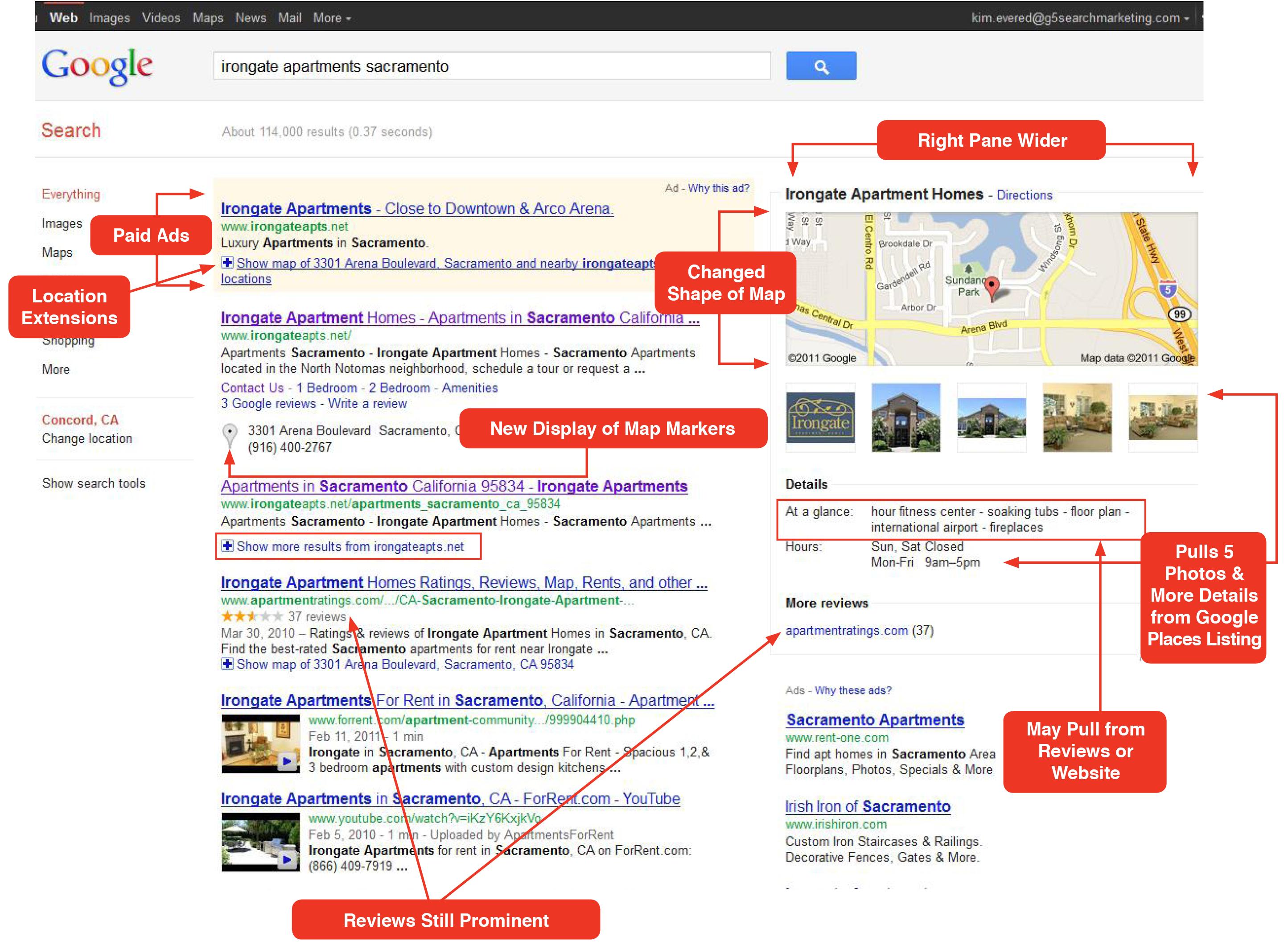 As you can see the changes mostly impacted local results, giving the searcher must more information within the results. At the same time Google put more emphasis on the ads in the sidebar and at the end of the results. This was a direct result of adjustments in the years before that made that users scrolled down more than before.

2012 saw the birth of Knowledge Graph. By Google itself described as the “first step in the next generation of search.” And as described in the article around Knowledge Graph it really was a major step, especially from a SERPS perspective of course. We now started to see all sorts of different type of content in the SERPS and mainly in the right pane of the SERPS.

Look at how Google described Knowledge Graph at the launch of it:

The Knowledge Graph Carousel for local searches that you can see at the top of the results these days was added in 2013.

But Google wasn’t done yet when it comes to local changes. In May 2012 they added Zagat reviews to the SERPS, but more importantly: they made another move with Google Places and Google+: they combined them.

Google has been struggling with Places (Local) listings for years and this was another step to try and ‘make it work’. By launching Google+ Local they would replace Google Places as the new platform for local business listings. Google Place Pages suddenly became Google+ listings, pushing the social network to a new position. It also (again) was a step towards mobile, making sure the businesses were more present on Google+ and more easily found.

This of course had a huge impact on how the SERPS look. They now look different for all, with the personalized results playing a prominent role.

Back in 2012 we asked the experts about their thoughts around Search Plus Your World and most responses were mostly positive, with some exceptions, and most of them connected SPYW instantly to Google+.

Fact was that from this point on personalization was a big focus in the development of the SERPS.

Above changes are all around localization and personalization, but Google made much more changes to the SERPS.

In 2010, but we also saw Google for the first time changing the titles in the SERPS. In the sponsored section we saw the change of the name “Sponsored links” to “Ads” (what increased the CTR with 11.4%) and more space for ads: 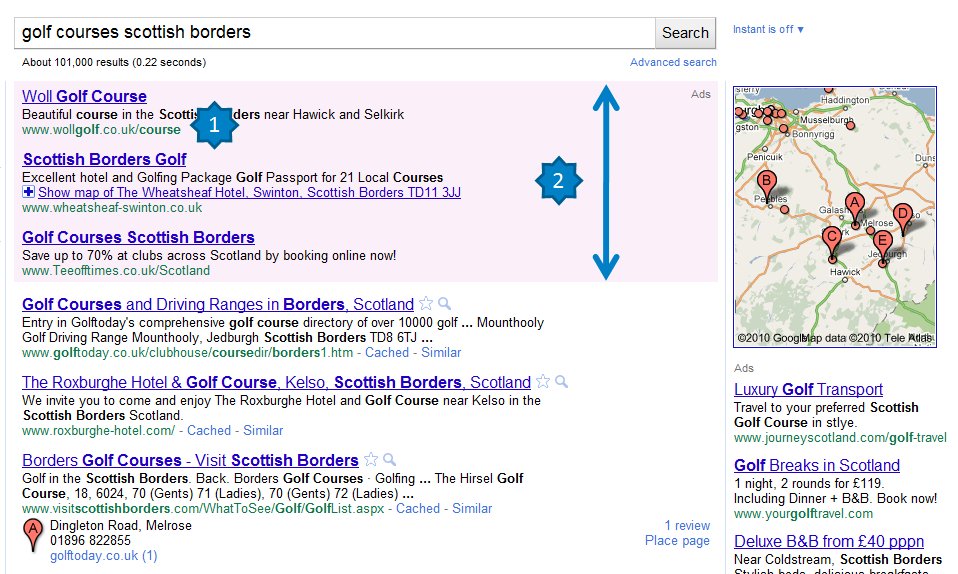 2011 again showed many changes to the SERPS. As Jeroen described in his article “The changing SERP of Google”, Google introduced a new design across most of their products, including search. Most emphasis this year definitely was put on local results, but also the enriching of results.

In 2012 Google made more little changes to the search results as well, all gathered in the name ‘Enhanced Search Results’, like for example moving the menu bar moved from left to top: 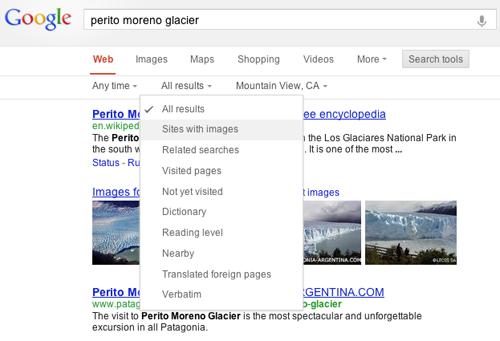 From that point on the search tools were on top and expanded as well, with additions like Applications (another hint at mobile movement).

In 2013 Google completely redesigned how Google Images looked. It might not be easy to remember so here is how it looked before: 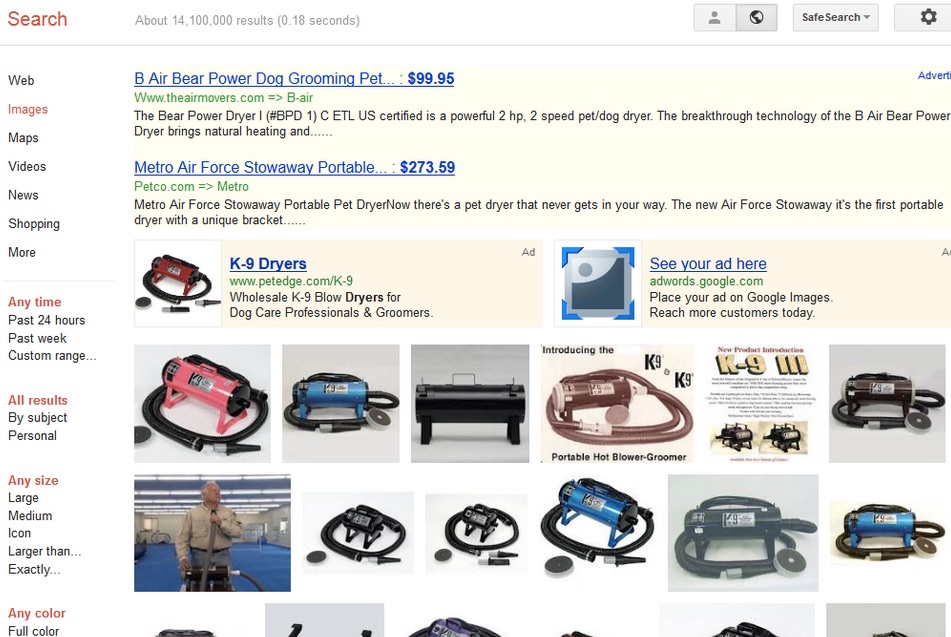 And here is how it looks now: 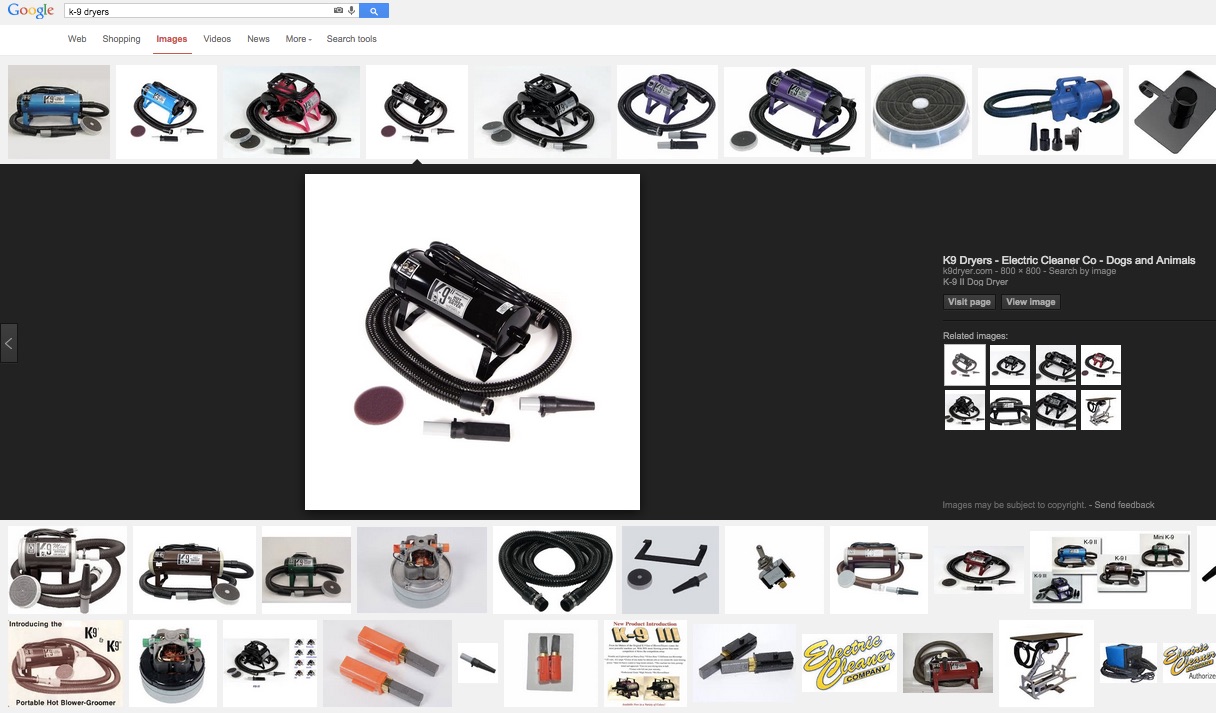 A lot of features were added which makes it easier to find related images and different types of images. On top of that it also added gif search.

Google in 2013 made the titles a little bit bigger and added a drop down for the links to Cached and Similar pages:

Sitelinks have always been a nice add-on for the website owners since it would allow you to have additional links in the SERPS if you did well. In 2013 Google increased that benefit by showing up to 10 sitelinks for a website. It doesn’t always show, but when it does it looks great: 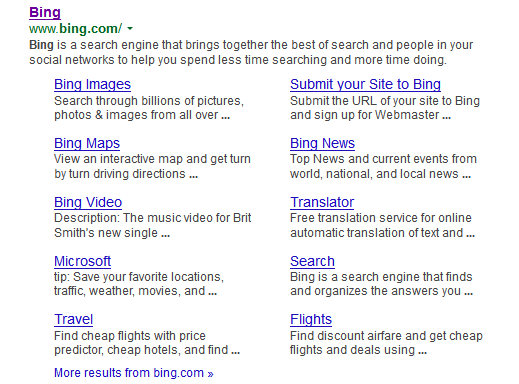 The management of the sitelinks was changed as well, allowing you to block certain pages from showing up inside Webmastertools.

In August of 2013 Google introduced “In-depth articles”. When searching for specific topics you can find a block of what Google determines as ‘high quality content’ about the topic. They are clustered as ‘In-depth articles’. 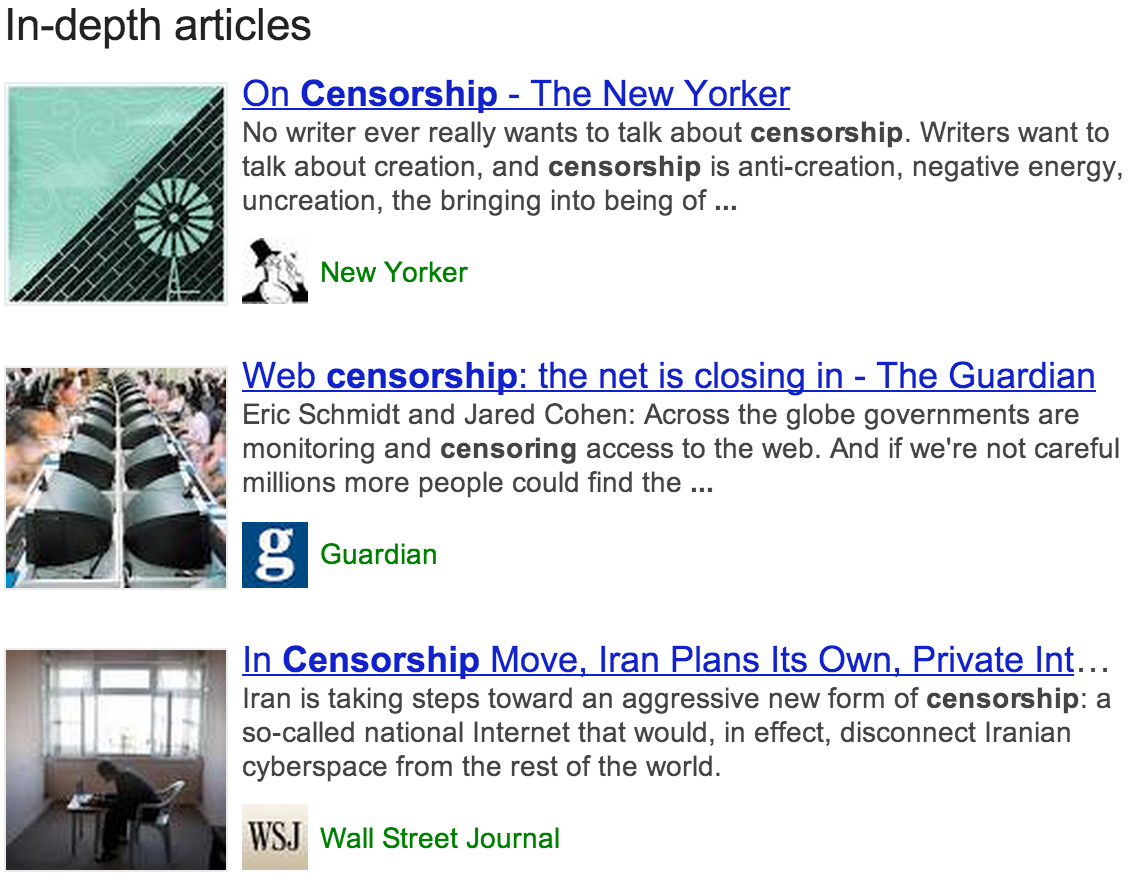 As a site owner you can optimize for these using Schema.org, using things like pagination and using the right logos for example.

Also in 2013 Google added the new Google Bar in the top right of the homepage, giving you direct links to apps: 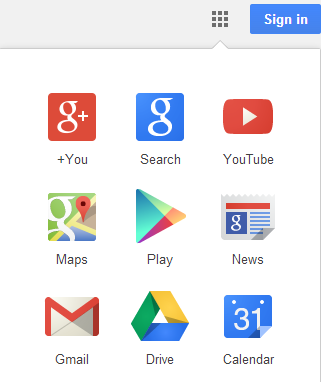 Google is always playing with the coloring of the ads. In November 2013 Google started making another change, marking ads with a yellow label:

This came on top of adding image extensions to ads earlier that year:

Finally there is authorship. This could be worth an entire article on its own, that’s how much impact it has made on the behavior of some SEOs. I won’t do that, also because there are articles, like this one on Searchengineland or Ann Smarty’s presentation here, that describe the rise and fall of authorship in Google very well.

But we cannot ignore it. Authorship first really showed up in the SERPS in 2011. Google then pushed webmasters to mark up their sites. This first led to SEOs and webmasters going crazy in implementing this (and with that Google+, even though the SEO’s didn’t realize that at the time) but in the end it seemed as not many were using it. More importantly however: it didn’t do much for CTR. Google’s John Mueller said in his announcement saying that Google would not be showing authors anymore that

“removing authorship generally does not seem to reduce traffic to sites. Nor does it increase clicks on ads.”

In August of this year Google ‘officially’ took away Authorship from us, but actually they had been removing it slowly already. It had removed author photos in June and before that had taken away links to more from this author before that.

The actual impact of Authorship seems to have been lower than the talk around it, though SEOs still believe author rank could play a role, but not as in ‘ranking’ but more as in ‘proving’.

As you can see the last five years have been all about change in the SERPS. If you realize that in this long article we didn’t even get to cover all of it, you will know that Google has plans. And those plans have been rolling out in the past five years, but without a doubt are only the start. With the focus on mobile and the ever changing behavior of the user, we are bound to see more changes in the next five years.

What change in the SERPS do you think had the most impact for SEO? Comment below or tweet:

[Tweet “I think the SERP change that was most important was…”]