So here we have it, the inevitable has happened, and Accelerated Mobile Pages (AMP) are coming to an organic mobile search results page near you in the foreseeable future, as announced by Google themselves. Although we don’t know when it will happen specifically besides “soon”, we now know it is happening.

The reception of AMP has been mostly positive, and I can see why – it provides content to users that’s a lot more streamlined at much faster speeds.

When initially launched, it was immediately evident that AMP would be most beneficial to the big news and content sharing websites. However, since then, through a large number of developments, Google have made this coding standard accessible to a huge array of websites, and we’re starting to see some big brands pick this up.

It was during Google’s last annual I/O conference that we received the first idea on the uptake of AMP since launch:

In their AMP announcement in early August, stats released showed continued growth, with a further 25+ Million AMP documents having been indexed since their conference and an average of 4 million new documents being added every week.

This kind of data is all well and good, but with AMP only being visible within the ‘Top Stories’ carousel, only a small number of those AMPs were being found by searches.

Google’s AMP announcement in August brings a number of changes, so ‘what’ exactly are they?

As far as the carousel goes, nothing is changing here. All pages featured within the ‘Top Stories’ carousel will still need to include the necessary structured data for a chance to appear. It’s still a great place to rank in as it takes up a large chunk of the above-the-fold real estate: 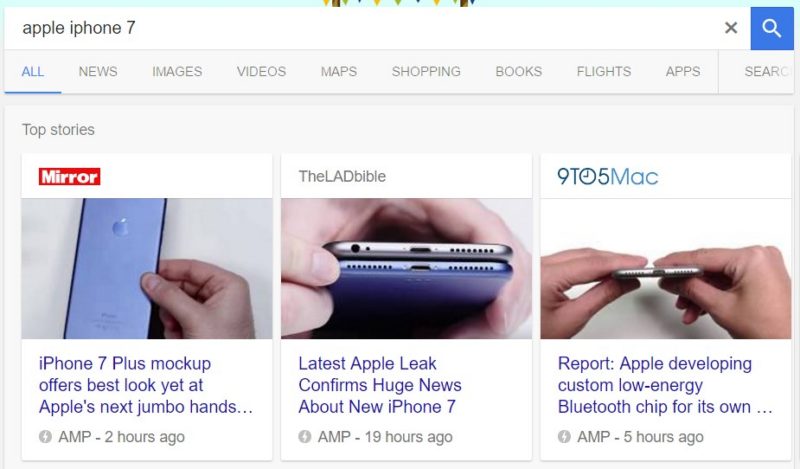 The biggest change we’re seeing from this announcement is the inclusion of AMP within the organic mobile search results, a move that extends AMP to outside of the ‘Top Stories’ carousel and recipe cards. This development extends AMPs appeal beyond just recipe, news and content websites, really opening this project to the likes of ecommerce sites.

There’s more – as we’ve seen with the ‘mobile-friendly’ tag on the snippets for mobile optimised pages, a specific AMP label is also included across all AMP’ed results: 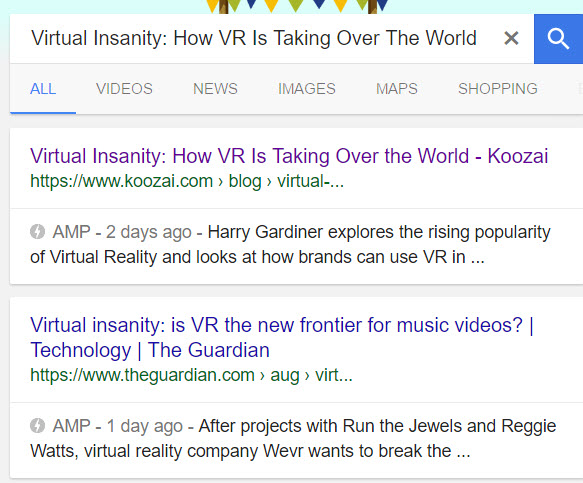 With a shiny AMP label, with what we’ve seen happening with the ‘mobile-friendly’ label, it’ll be no surprise if users begin to gravitate towards websites in mobile results with such a label. Users want a positive experience and AMP provides this.

It’s also worth knowing that Google won’t be showing additional search results for AMP’ed content. If you have a standard mobile or desktop page and an AMP version, it will be the AMP version that gets shown in the mobile results. Google and their priorities.

Since the announcement, Google also made changes to their reporting of AMP errors within the Search Console, changing issues with structured data elements from ‘errors’ to ‘warnings’, as these issues won’t stop your pages from showing in the regular organic listing, just the ‘Top Stories’ carousel.

What About an AMP Ranking Boost?

As far as we know so far, there is NOT a ranking boost associated with Accelerated Mobile Pages, this has been confirmed by John Mueller himself:

@saucisson No – there’s currently no ranking difference for AMP URLs.

I’m not an overly-wishful thinker, I’d actually consider myself to quite realistic. I’m not convinced that AMP providing no ranking boost is always going to be the case, and the fact John Mueller says ‘currently’ doesn’t entirely write off the prospect. Google have proven in the past that when they really want to push something, they tend to put a ranking boost behind it, think back to their mobile-friendly and HTTPS initiatives.

What Should You Be Doing?

After the announcement, this is relatively straightforward – look towards getting AMP’ed. Huge brands worldwide are already involved in the AMP initiative from the likes of ecommerce giants eBay to global publishers The Washington Post, with some impressive results being recorded. Why wait and see how well it’s worked for other brands?

AMP is definitely still in its infancy and its true effectiveness is yet to be seen I’m sure. Don’t let your website fall behind.

What are your thoughts on AMP? Is it everything it’s being built up to be? Let me know on Twitter (@LukeTheMono) or drop me a comment below.

Want to get started with AMP? Take a look at these useful resources:

To look at how the upcoming AMP inclusion will look in the mobile search results, visit Google’s live demo and start searching: g.co/ampdemo

Luke Monaghan
Luke Monaghan is an SEO Executive at Koozai, a Southampton based Digital Marketing Agency. He has a keen interest in organic search, specifically the growth of mobile search and how it’s changing the search landscape.
Find out more about Luke 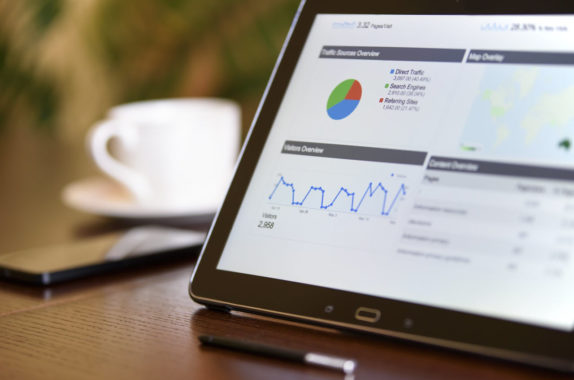