Finnish excavator operator Juha-Pekka Perämäki is a man with an extraordinary talent, this guy can do magic with his 8.5 ton excavator.

In a world in which bizarre talents are displayed online on a daily basis, it would be difficult to find something quite like a man who can put together Lego pieces with an excavator or prepare a hot dog and feed to his friends. But that’s exactly what Juha-Pekka Perämäki can and does do.

In a footage that has gone viral in recent days, Mr. Peramaki prepares a hotdog; the handy operator picks up a bun with the claw before placing lettuce and a sausage inside. He then goes about sprinkling some onion and tops it up by squeezing some sauce on without spilling a drop. Adding the finishing touches, the talented machine operator, then picks up the tasty treat, spins the excavator round and feeds it straight into the mouth of his colleague.

Perämäki has been operating excavators since the age of 15, while he has been working on precision work for more than a decade, so it’s little wonder he knows how to handle it. However, as made clear by the videos, the talent he possesses is extraordinary and a key reason for him being viewed as a legend in his field and the global attention. 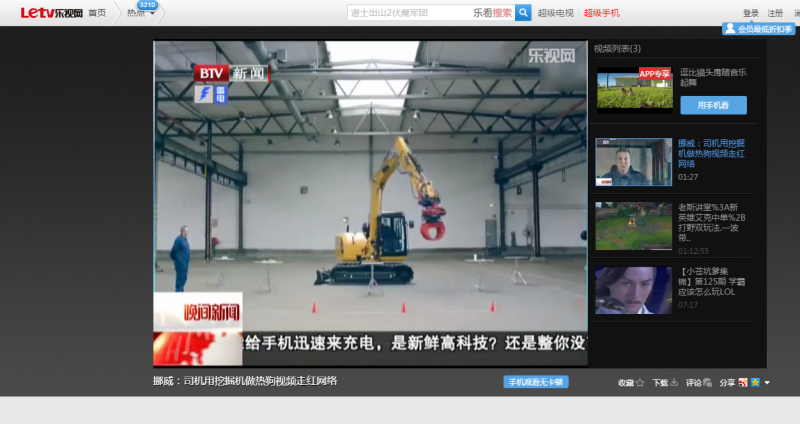 The idea takes off

The hotdog masterpiece was dreamt up by SMFB and Statoil, with the former stating that it was for the hardworking people who wanted and deserved a real treat on their way to work.

To date the source video has gotten over half a million views on YouTube and been picked up by the likes of Mashable, AOL, New York Magazine, Mirror and CBS News to mention just few.

There have been thousands of Tweets by people and organizations with up to 6 million followers and the video already as multiple placements on various sources with view counts that are not included in the YouTube views.– Here is one sample:  Link

With close to zero media spend, organic reach is roughly estimated over 400 million people and that is not counting the pick-ups it has had in countries like China and Japan.

So why does this happen? For me it is simple, the idea touches people’s dreams around excavators in an authentic simple way – The target audience can relate and respect the skill shown.

As Perämäki would put it “In operating an excavator, I am living out the dream of many a young boys.”

The man failed only once in 30 tries

The source of the idea around the video comes from the Oslo based creative agency SMFB, they were absolutely amazed by the skills shown by Perämäki when they recruited him.

Perämäki nailed it at the first try, and in 30 takes, he only missed once (great from a production cost point of view but difficult if you want to make a blooper movie). No special effects or film tricks involved – just pure skills.

So what is the anatomy then?

I must admit that luck does play a role – the video was pitched to several media and it was picked-up at our first try. As the first media covered it we saw a chain reaction as other media jumped a board, but that in itself (by far) is not the only factor.

Importance of the idea/creative and the story telling is critical and I doubt that it would have been shown any interest, if it were of poor quality. 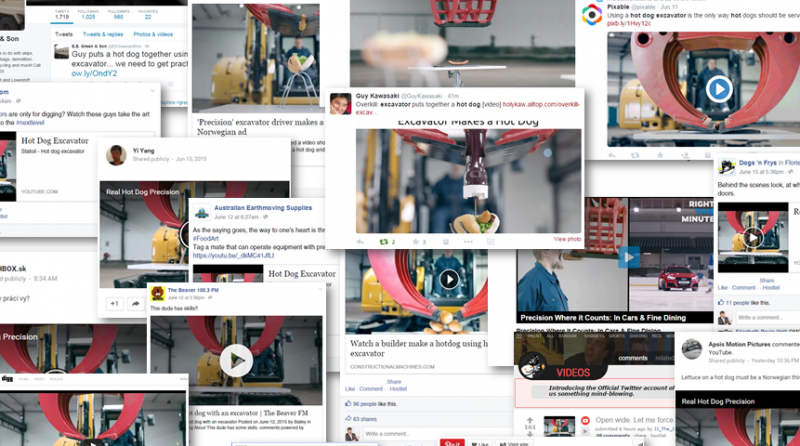 In the case of the story, the video has several important factors.

Firstly, it is human and those targeted relate to it. The actions are done by an actual person with real skills that have been illustrated before when Perämäki built his Lego truck, so there is momentum. Secondly it has a subtle twist to it (a small wow factor) when Perämäki feeds his friend the hot dog – In the USA the lettuce was actually the biggest shock, but that is another story.

So in this case, an anatomy of successful “organic” content marketing is:
1. Creativity (an eye for story telling)
2. Human connection / feelings (in some cases the skill in other the lettuce)
3. Sprinkle of wow with an authentication twist
4. Small bit of luck

Over the years, I have been involved in multiple successful content marketing efforts and they all have had these same elements in them, those that have not need the media spend to make them fly.

There is a lot of talk about Content Marketing these days and it and it has become a bit of a fab. Very few specify the content types or the actual meaning of it. So maybe it is best to look at it from a “purpose” point of view? The why, who and how with focus on content driven experience and even take POST on it, People, Objectives, Strategy and then the communication channels (Technology)? Content marketing is about content and in reality any type of content (wonder if this person sells more golf stuff  or if Klaus Wunderhits has made Chili more popular in Denmark?

To finish this off, here is some fun stuff

Below is a selection of thousands of reactions the video has gotten:

Kristjan Mar Hauksson
European Search Personality of the year 2014, Kristján Már Hauksson, is the Co-Founder and COO of SMFB Engine, based in Oslo, Norway. This newfound digital activation/marketing agency works closely with the award winning creative agency, SMFB, in making sure that each idea has the digital presence to make it fly.
Find out more about Kristjan Mar 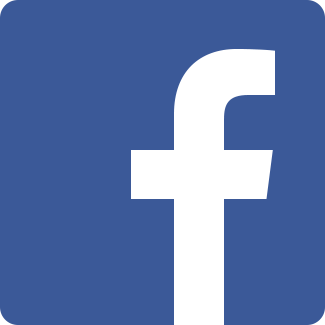