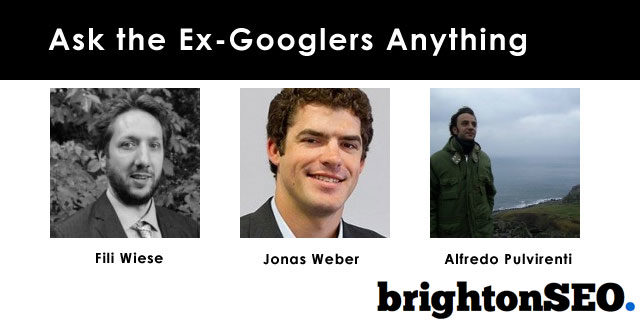 Ask the Ex-Googlers Anything – #brightonseo

Welcome to State of Search’s coverage of the wildly popular BrightonSEO conference! We’ll be posting session write-ups throughout the day from our bloggers on the scene.

The first session of the day at BrightonSEO 2013 in Dome Concert Hall was ask the Ex-Googlers anything. With Ex Google employee speakers:

Its an open floor moderated by Kelvin Newman; let the questions commence!

The session starts with an introduction, all three speakers originally worked in the “Search Quality team”.

Outside of the US the Search Quality team is based in Dublin to help the whole team keep focused. There are two sides to the quality team:

The Employees involved with the Algorithmic side look at complex formula and looking at a big scale, the Manual part which the speakers came from.

A Small specialist Group 10% of the Search Quality Team is the link between engineering and the Manual Reviews.

They would receive reports on websites, they would follow leads and then investigate to put a case together for a penalty. Alfredo advised:

“The More senior the employee, the more they are aware of the bigger picture penalties.”

Fili commented that the algorithm is a re-evaluation of your website, but to be clear: Before a penalty goes live, multiple people see the site in order to allocate a penalty and it has to be signed off (Manual Side).

Alfredo commented that can Google see a lot of unnatural anchor text links and take action.

Kelvin asked “how do you know what is normal, if everyone is doing it?”

Fili answered talking about that Google has so much data it can work out what is natural or not, however in certain markets although sites are penalized they still rank as they are still relevant.

Open to the Audience:

Question from the audience about sending in a disavow list, how is Google dealing with the file and the difference between action from a manual penalty or Algorithmic penalty.

Fili answers by saying he didn’t see Google doing anything with with the disavow tool data, He believed it didn’t have any negative effect currently on your profile. Jonas said that in terms of reconsideration he has found that the re-inclusion success rate is much higher since the introduction of the disavow tool.  Fili added that the link list from Webmaster tools is only a sample of your links, it is not the full links list, he also recommended disavowing the whole domain in most cases.

Another question from the audience asking about blogger who are scared over hearing about selling links, and think they should use no-follow for all links. Alfredo answered the two sides are the anchor text and does it look like a paid link, when it comes to anchor text:

A good question “now you are all SEO’s, how do you do your link building”?

Alfredo advised that he exchange links with website that are part of the mother company, and also looking at consistent blogs.

Question asked about Content marketing and what kind of content is good for ranking in the search engines?

There is a difference between describing something and trying to answer a question!

Are all SPAM reports, investigated by Google – Simple answer YES, in most cases they are looked at within a week or a month.

The question was asked from a link removal company which discussed that some webmaster say they remove links, but then the web master put them back up.

Fili advised that one recommendation is to disavow as-well as getting link removal. Alfredo also advised that this should be best practice.

Google is good at making scalable solutions, the disavow tool is a scalable way of improving their algorithm. There are also some legal aspects which do stop them carrying out somethings.

Question: You have a gun to your head and need too rank something in 72 hrs, how would you build links?

Alfredo advised he would refused, Fili answered the best way (he wouldn’t recommend for legal reasons.) would be through hacking sites.

This session was very useful, as someone who has dealt with a large number of Re-inclusions for companies, to get a peak behind the scenes of people who used to work in the “Search Quality team”. First session of the day and one of the most interesting I have personally seen this year, great start BrightonSEO! 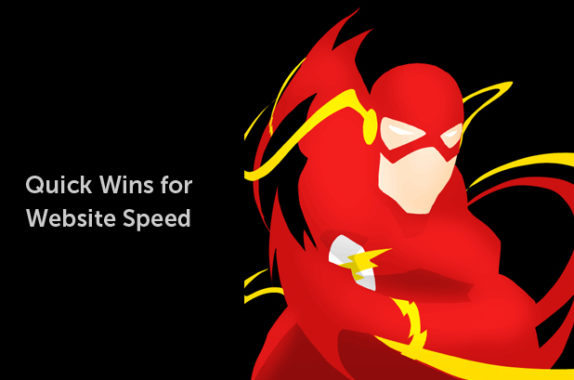 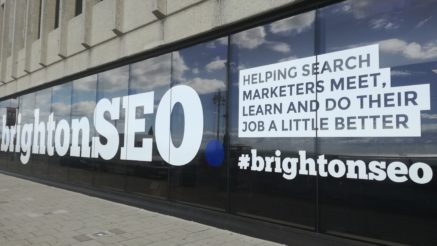 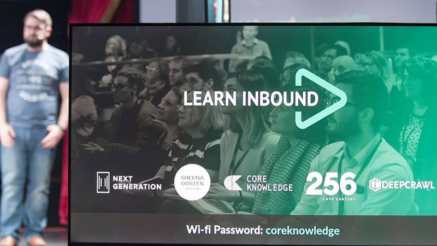