Skip to content
Home » Articles » Business » Is Australia That Far Behind in the Digital Market?

Is Australia That Far Behind in the Digital Market?

It’s something I hear/think/wonder about on an almost daily basis. I’ve now lived in Sydney for almost a year, working within a digital agency that also belongs to a much larger global media agency. On that basis, I think I’m gradually starting to figure out some of the finer details on the much-discussed ‘Australian technology lag’.

TL;DR – yes I would safely say that Australia is currently lagging behind much of the rest of the strong world economies when it comes to all things digital. Almost all areas of the digital economy, from broadband household penetration and speeds to ecommerce infrastructure, are a far cry from the American or European brethren. Even ASOS, a company which prides itself on being ahead of the curve, can offer free shipping to a client but can’t work around the Australian postal system to offer free returns. And let’s not talk about the complete lack of Amazon (for now). How, in a country that is so buoyant (admittedly thanks to the far more manual and physical reality of the mining boom) can the digital horizon be struggling still in 2013?

My thoughts on the matter are entirely personal, in no way scientific, and 100% subjective but here’s what I see from where I’m standing.

I say this as a migrant and also a pleb on the street so apologies for any potential offense taken. My general impression is that Australia likes to see others fail then pick up the pieces that do work some time later. The NBN (National Broadband Network) project has been a constant source of contention between government and residents, rolling out over a number of years with what feels like a very opaque strategy. Much discussed but little implemented, the government seems to determined to get it ‘just right’ before jumping in. When technology is implemented, it is done so very well and actually better than some of the technology I’ve used in the UK but it is done so after it’s been tried and tested elsewhere. Take the Chip & Pin system for example. I grew up with it in France, it was implemented in the UK in the early noughties but didn’t reach Australia until the end of the decade. However now it’s in place, it’s accepted unfailingly in every shop, with super speedy internet banking to boot. It’s not done fast but it does usually seem to be done right. That’s great when it eventually makes it here, but is it a sign of a forward thinking economy? Apparently I’m not the only one to have this thought, a local interview with a Mr George Kazangi, MD of a business which hosts business and web applications saw this quote:

2. Infrastructure is no small barrier to implementation

Australia is the same size as Mainland USA and 24 times the size of Britain, with the five state capitals (and economic centres) spread far across the country. The economy is dependent on its Asian neighbours, with China its biggest trading partner and over 4,500 miles (7,500 km) away. What is difficult in the USA carries a whole new meaning of complex on this continent. Tests can be carried out at state level but how to get the full backing of a national government when it is not possible to roll that plan out nationally with the same effect. Basics such as e-commerce shipping & returns are no mean feat and need to be approached with a delicate touch in order to ensure effective roll-out. Having been working with a number of e-commerce clients over the last few months, I’ve learned a lot about the challenges they face to deliver an equal service throughout the nation, and it’s not to be under estimated.

3. The digital market is suffering from a severe skills shortage

I’m a shining example of that, along with many other immigrant workers across the digital industry in Australia. Being such a large island, with so much to plan out within the digital market, getting the right people with the right skills from within the Australian population is clearly proving a huge challenge. The 457 visa programme (the most popular temporary business visa used by skilled migrants)  has recently undergone a crackdown by the government in order to ensure the system is not being abused to bring in cheaper overseas workers (particularly to perform junior IT roles). However the digital media market is a different landscape. From personal experience over the last year, even relatively junior staff with perhaps 1-2 years of experience are extremely difficult to find, especially across digital and search marketing. Perhaps the ‘wait until it’s perfect’ approach the government seems to have taken has been detrimental in more ways than one to Australia’s foray into new digital realms, undermining the importance of digital as a strong career path and forcing a continued reliance on overseas workers. This was again highlighted in a survey by E-Consultancy last year, where 25% of Australian marketers say digital knowledge is poor.

4. Although there is a lag, Australia’s digital advancement is rapidly growing

Out of all the negative press that Australia (sometimes deservedly) gets, I do also have a personal view that this country is no fool and it’s not sitting on its laurels. Large household brands are really pushing their digital strategies forward at a rapid rate, moving from being almost entirely bricks & mortar to embracing digital media channels and e-commerce across desktop, tablet, mobile, apps and interactive cross-channel devices at the same time (the recent Tourism Australia campaign is a great example of this). The government, although never likely to act in a perfectly harmonious manner, are certainly agreed that Australia needs to make its mark as a world economy – and the digital industry is a huge part of that. This is reflected also in a survey of Australian businesses undertaken last year, where 25% of those surveyed (approximately 41% aggregate of Australian businesses) suggested they would actually put 100% of their budget towards digital marketing due to its higher ROI compared to more traditional media (this is slightly higher than Asian counterparts). Strewth, the race isn’t over yet! 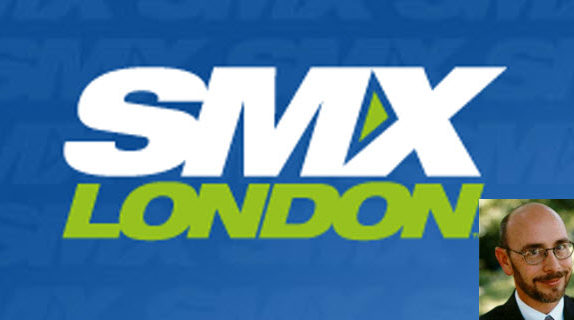 Latest Post from Annabel
Business SEO & Beyond: Tools of the Trade – #SMXSydney #SEOTools