A Surprising Fact About Bing

In SEO, we hang off of Google’s every word but rarely ever give mention to Bing, who dance along in the background like that third member of Destiny’s Child that nobody can ever remember the name of.

If you were to have a stab at guessing the percentage of searches are performed using Bing, what would it be? 5%? 10% 15%?

Wrong! Since the turn of the decade, Bing’s market share has been steadily increasing and, as of April 2018, accounts for 24% of searches in the US. Granted, Google is the Beyonce of search engines, but perhaps we should think of Bing more like Kelly Rowland rather than whoever that other one was. Similarly to Kelly Rowland, Bing doesn’t get much attention but every now and again they do something notable.

Putting the Destiny’s Child metaphors to aside for a second, I’ve done some digging and found a number of areas where Bing actually has an edge over Google.

Anyone that attended SearchLeeds last month would have been foolish to have missed Purna Virji’s talk on intelligent search. Purna’s talk showcased an innovative new feature Microsoft are developing for image search. When viewing an image, users will be able to click on highlighted parts of an image which will link to that item within a shopping feed.

In Purna’s example, clicking on a necklace worn by a celebrity would surface various options to buy a number of related products to the one detected in the image. 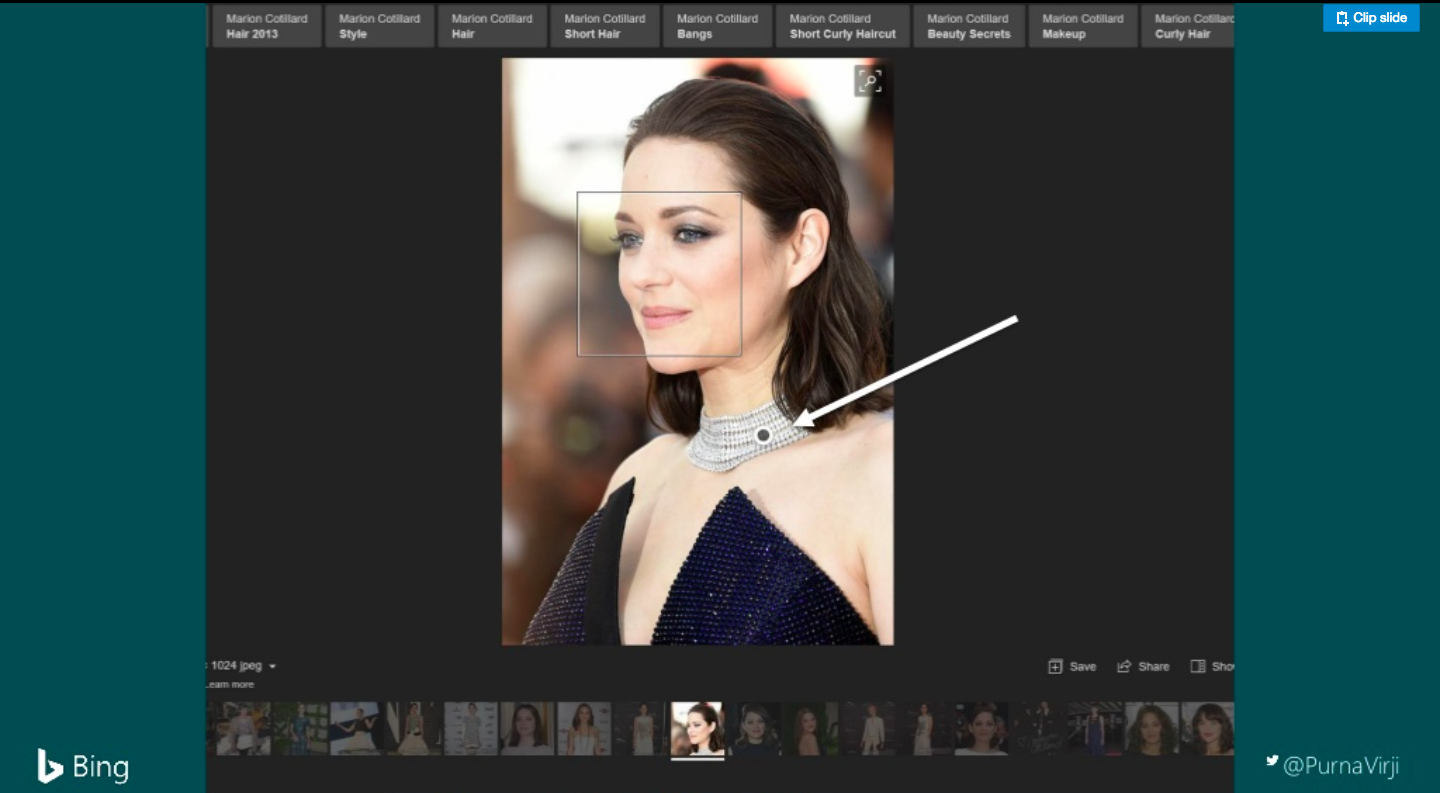 Just how sophisticated Bing’s object detection is at this moment is debatable. I couldn’t replicate the ‘related products’ feature with any of my searches which seemingly only showed related images. While this feature appears to still be in testing, it is an interesting addition and not something we have seen from Google within image search.

2. Perspectives From the Web

Another neat example from Purna’s talk on intelligent search is called Perspectives From the Web. When you enter a query where there isn’t one clear answer, Bing will present some key points from opposing sides of a debate. For example, if you search for “Is Brexit good or bad?” it will return the following before the first organic results. 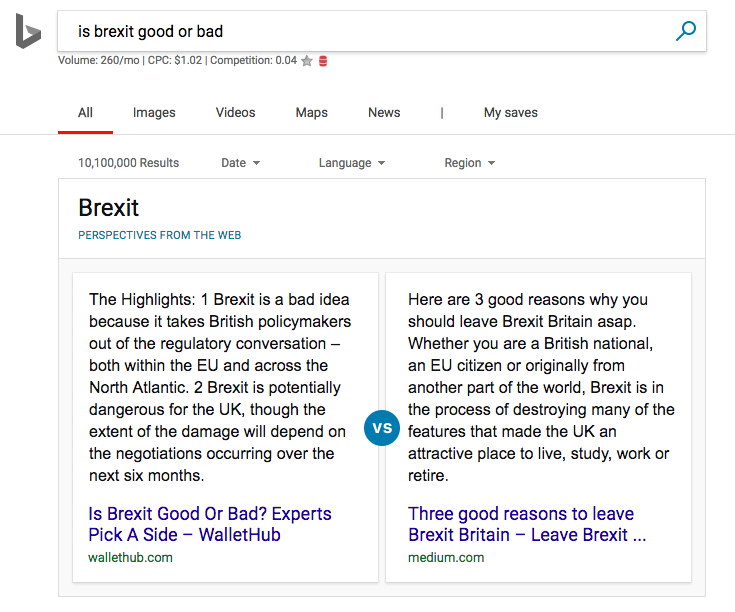 Perspectives from the web is by no means perfect as it doesn’t cover all sides of an argument and could perhaps over-simplify the ones that it does display. However, Bing are at least acknowledging that the One True Answer that Google presents through featured snippets can be problematic.

This video shows how the One True Answer utilised by Google Home can lead to some worryingly wrong responses.

Have you taken the time to verify your site with Bing Webmaster Tools? Bing’s offering for webmasters isn’t simply an equivalent to Search Console, it has a few features that differentiate it from Google’s version.

Firstly, Bing’s Index Explorer gives a useful view of a site’s architecture and how Bing sees your site. 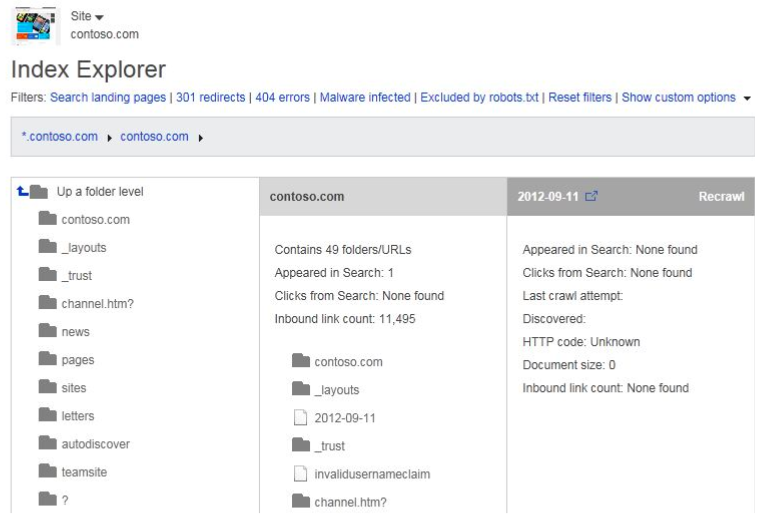 In the image above you can see how it is possible navigate through a site on a folder-by-folder level to uncover search impressions, clicks from search, last crawl attempt date and the volume of inbound links.

On top of this, you can apply filters to identify various issues by filtering down to URLs returning 404 errors, 301 redirects, malware-infected URLs and those excluded by robots.txt.

The team at Bing believe that your website is the centre of your web presence but isn’t it’s totality. Bing have tried to push this idea in Webmaster Tools through their Connected Pages feature, which allows you to connect a site’s various social accounts to give you a more holistic overview of organic online performance. 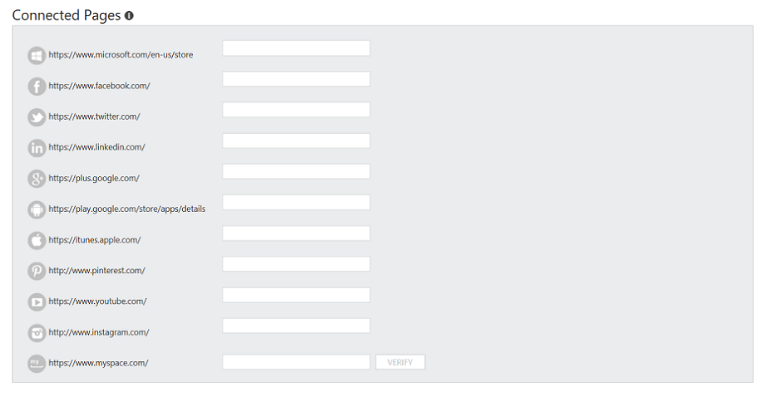 Connecting your site’s social media accounts via Connected Pages will allow you to see clicks and impressions from search to your social pages. Additionally, the Connected Pages Dashboard will show you the keywords that these pages rank for and you can even connect your MySpace account (how 2006!)

Another useful feature in Bing Webmaster Tools is Site Move. Located in the Diagnostics & Tools section, Site Move is Bing’s solution to help webmasters during migrations.

An instance where Site Move might be useful is if you move to a new CMS and need to change the location for a large number of pages. In this case, you can explicitly specify the old and new location of the pages to Bing rather than relying on them to figure it out for themselves, which could potentially take much longer.

Last but not least is Bing’s prediction engine that predicts the outcome of elections, reality TV shows and sporting events. Bing Predicts has been pretty accurate at predicting outcomes of US elections, although not even Bing saw the Trump win coming.

Currently, Bing is providing predictions for every World Cup match and even features a description explaining the logic and key factors behind its reasoning. 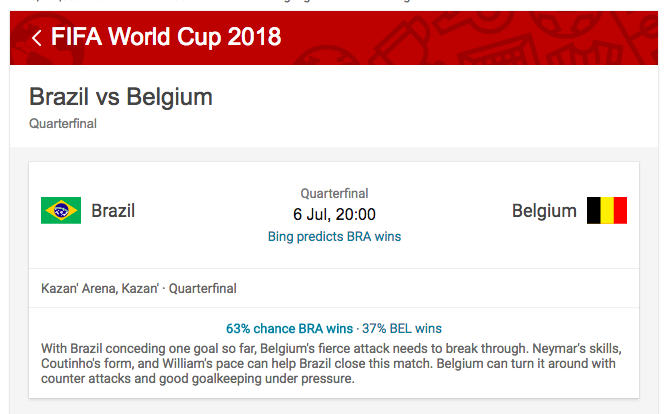 Let’s wrap this up

I hope the above has been an insightful view into some of the things Bing uses to differentiate itself from Google. While Google is always going to take up the majority of our attention, I hope this post has gone someway to convincing you that Bing isn’t the dead and buried search engine that some seem to think it is.

Sam Marsden
Sam Marsden is SEO & Content Manager at DeepCrawl and writer on all things SEO. DeepCrawl is the world’s most comprehensive website crawler, providing clients with a complete overview of their websites’ technical health.
Find out more about Sam 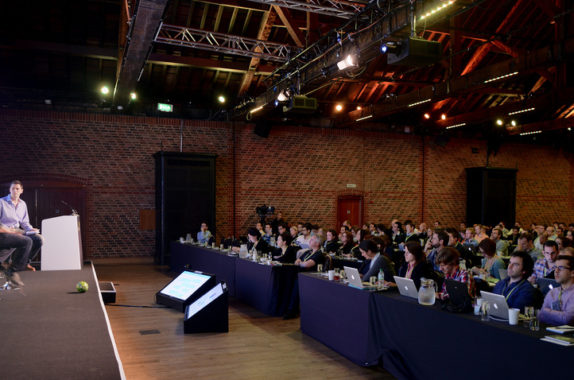 Latest Post from Sam
Search Engine Optimisation This Talk Sucks! Solutions For Improving the Quality of Talks at Digital Conferences