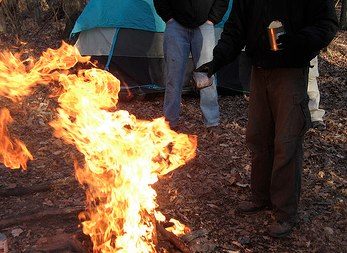 Bad publicity as fuel for your rankings

Yesterday I ran into this article in the NY Times about DecorMyEyes.com. The article explains the online strategy of DecorMyEyes.com which is based on bad publicity. Not just bad publicity because they deliver wrong products, overcharge their products or don’t deliver at all. They raise the stakes by threatening the people complaining with lawsuits and even threats to pay these people a personal visit.

On GetSatisfaction.com the complaints about this company have been stacking up. One topic consists of 243 replies tagged with labels like:

That sums it up quite nicely I think.

Hello, My name is Stanley with DecorMyEyes.com I just wanted to let you know that the more replies you people post the more business and the more hits and sales I get. My goal is NEGATIVE advertisement Its a new proven to work strategy when you post all kinds of negative it always turns positive. I never had the amount of traffic I have now since my 1st complaint. I am in heaven.. Thanks so very much for your continued effort. I really appreciate it.

So is this guy a nutcase or did he just uncover a flaw in Google’s PageRank formula?

The first response of course: the guy is a nutcase. But he’s is right on some level as well. The PageRank formula from Google doesn’t really consider the reason why a link is placed. A link is a vote and there is no such thing as a negative vote in this algorithm. The algorithm just says: if you link to a website you want people to go to this website. A vote can be neutralized by adding a nofollow attribute to a link, but seriously which regular internet user knows this attribute even exists, let alone how to add it to a link? The natural process of linking to websites just doesn’t take in account that a link also can have a negative reason.

Although there is a negative vibe about his company all over the web a user searching for ‘lafont sunglasses’ still finds his website on the first results page. The website looks fairly normal, there a no clues that you’re running eyes open into a scam that many people have run into before. The existing vibe on the web doesn’t translate into a warning for the user.

The owner of this website, Vitaly Borker, explains this strategy simply by saying it’s profitable for him:

I’ve exploited this opportunity because it works. No matter where they post their negative comments, it helps my return on investment. So I decided, why not use that negativity to my advantage?

You might think that it is not a strategy that works for the long term. But with the first problems reported over 3 years ago there are still problems being reported. Maybe the article in the NY Times will create some awareness, but still a search for ‘discount designer sunglasses’ results in a top 2 ranking for DecorMyEyes.com. As long as he doesn’t focus on returning buyers he could go on a while if he can survive the upcoming lawsuits.

Of course there will be one major danger for this company. When search engines start to incorporate user reviews in search results the sentiment on the rest of web will be translated in less business for this company. Still it is strange that this strategy works so well. What do you think? Is it a flaw in Google’s PageRank algorithm or should users do more research?