In the last couple of days Bing tested a rather unusual feature on the homepage which annoyed a lot of users. Users of Bing that were part of the test got a whole lot of new opened tabs when using the search engine because every time after typing a query and hitting enter a new tab was opened with the results. And this was just in Google Chrome and Firefox and these users were lucky because users of Apple browser Safari had the results opened in a new window… that is…. for every query…. every time….

The result of the test was that a group of users complained on Twitter with some of them thinking it was a bug on the homepage. After to many complaints Microsoft decided to shut down the experiment. “We heard the feedback, and we’re disabling the feature now.” Microsoft sayed.

I also went to Bing and noticed this experiment and can confirm that it’s very frustrating when every query opens up a new tab in Google Chrome, can’t even start to imagine what it feels like for users of Safari. 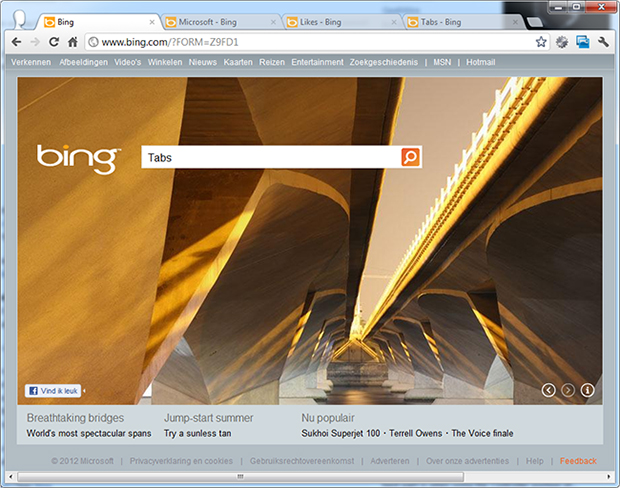