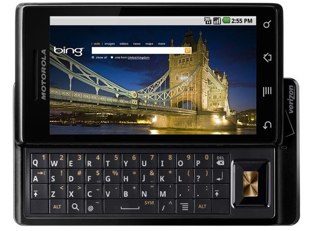 If you live in or near San Francisco you can attend a lot of great conferences, gatherings or press events. One place I would have liked to have been this week was the Bing Search Summit.

At the Summit Bing presented a lot, and I mean a lot, of new features. This might be the actual start of the chase Bing is preparing towards Google.

One of the things Bing announced that Facebook likes will become more important in ranking but there are also changes announced on local, Maps, Mobile, Travel and Image Search.

There are many many announcements, but we’ll just grab a few of them. For extensive coverage take a look at Searchengineland where Greg Sterling live covered the event.

Let’s start with the one which will interest SEO’s optimizing for Bing. Unfortunately only those in the US will benefit from it (again…). Those users however will soon see which search result has been liked by one of their friends. As you can see on the screenshot which Bing provided below you will see the name appear below the search result.

But there is more. Bing also stated that the Facebook activity around a specific url will “influencing ranking on Bing and will lead to personalized search rankings”. That would mean search results can differ if one of your friends has “liked” a specific url. Caution though: this is personalized. Which means not everybody will see the same as you would.

For example, if you are friends with me and I like a specific article, that article will show up higher in your search results, but not on the search results somebody who is not connected to me would see.

Local: buy, order and view on local and Maps improvements

On other areas Bing also announced major updates on the local front. They are integrating OpenTable, allowing people to book reservations straight from Bing, and with FanSnap you can purchase tickets to a concert straight from Bing.

In Bing Maps they even are making more changes. You will be able to see the difference between a big and small city better, there are Improved Landmark Listings, Transit Routing, where you can pick routes and calculate different time departures and the Map Interface will be enriched.

Bing is also moving towards Travel (like Google is) with Flight Summary, Flight Answers, Destination Pages and Attraction Answers.

Mobile: iPhone gets all the good stuff

On the mobile front Microsoft just released a new phone, but the announcements at the Bing Search Summit were mainly about the iPhone and Android. Next to some Streetside updates we also saw a lot of iPhone updates and a few Android.

Bing is improving their search engine on the iPhone with amongst others autosuggest, check ins (connections with Foursquare and Facebook) and more plans.

Interesting will also be Bing Vision, which reminds us of Google Goggles. With Bing Vision you can detect with your camera a piece of text which can then be searched for, but it will also recognize barcodes and nearby businesses based on that barcode.

The changes on Android are less with an improvement on the search widget, a share command and Opentable and Grubhub integration.

Finally images. Bing has an improved image search. That now organizes in a “more intuitive way” and also gets “Collage Answer” which adds answers from different areas like music, games, TV or movies.

Bing has really announced a lot of changes here. You can see more detailed information over at Searchengineland. If it all is as good as it looks this might be an opportunity for Bing to win some market share again. With Google struggling with their local results, Bing might just be the right alternative. Too bad its US only again. Maybe we should all ask Stefan Weitz to finally bring Bing to Europe?

Sam Marsden
In SEO, we hang off of Google’s every word but rarely ever give mention to Bing. We’ve done some digging...
Read More
Join our 9,000+ Subscribers
Receive daily, weekly or monthly updates on our latest content