Bing – still life in the old dog yet?

The battle for search engine supremacy appears to be hotting up. No sooner have we seen the launch of Google+ than Bing announce a potentially huge deal with Baidu to power the English based searches. With the current Search Alliance running behind schedule (in the UK at least), Google must have been rubbing their hands at the thought of taking a further lead on their rivals however it appears that we are potentially seeing the sting in the tail, with Bing announcing a number of deals in recent months which could see them take a considerable step forward.

Its no secret that Google see Facebook as as big a competitor as they do Bing. Facebook certainly have the potential, they certainly have the audience – at the moment they dont have the where with all. Likewise, Bing have the where with all, unfortunately we often fail to see the innovation and speed of thought of Google. Whether this is simply down to culture is open to debate – certainly Google still have much of the dotcom speed of movement to them which Microsoft/Bing don’t however I can’t help thinking Bing are quietly working behind the scenese and we may just may get to the point where they actually have something special.

I think many of us raised a few eyebrows when Microsoft bought Skype a couple of months ago for a monumental amount of money. Where would the technology fit in, and how would it be implented was a big question on many peoples lips. Having seen Google+ released earlier this week – perhaps the reason for purchasing Skype at such an inflated cost perhaps becomes a little more evident. Microsoft has certainly been caught a bit with its pants down here, and certainly needs some form of catching up if it is to compete in an increasingly competitive search/social/comms environment. 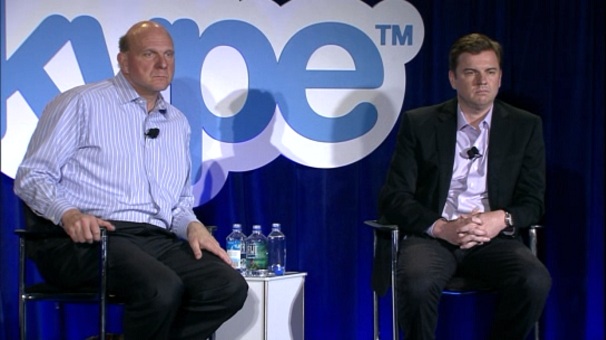 However lets face it. Microsoft has the where with all to compete with Google across all fronts. It has the search engine – Bing. It has the comms platform – Skype. It has the email system – Hotmail. It even has a bona fide relationship with Facebook which if properly integrated really could throw the cat amongst the pigeons. The relationship with Baidu is an interesting one. Bing are now to power all English Language search for Baidu – a search engine who have done what most search engines have not managed to do – beat Google – and have around a 75% market share in China. Not only could this provide some valuable insight but it yet further hampers Google’s opportunity in an increasingly valuable Chinese market. Whilst the relationship with Baidu is nothing new – they have been working together for a number of years, it could highlight a potentially new lucrative opportunity for Bing and the start of an increasingly powerful competitor for Google – although I personally would suggest Facebook need to come to the party before we see any serious consolidation and influence there

Should that happen however, we could have a very interesting scenario on our hands – and a real viable competitor to Google – and in my opinion just what the industry needs at this time. The dominance of Google has meant that many UK and European campaigns are often very one dimensional and one can’t help thinking a greater share of voice could provide advertisers with the choice and the potential to drive advertising budgets harder rather than the increasingly competitive landscape that we operate in at present.