We have been complaining about it, we have been asking Bing’s director Stefan Weitz: when will Bing finally make the step and go onto the European mainland. Now finally we found a small announcement on the official Microsoft Blog: Bing is now live in France.

“It’s a small step for search but a big step for Bing” One would almost be tempted to use these words when it comes to the steps Microsoft is taking with Bing in Europe. We’ve said many times before: Bing in Europe, except for the UK, is nothing more than Live Search with a Bing logo on it. Now with the move to France the first steps are finally taken.The reason for picking France as the first one in Europe is simple: Microsoft already has a large market share there. It therefore makes sense to head to France first.

Although more details are not available right now I’m happy with the move. We need Bing in Europe, to compete with Google and the upcoming Yandex. Let’s hope they roll out further soon! 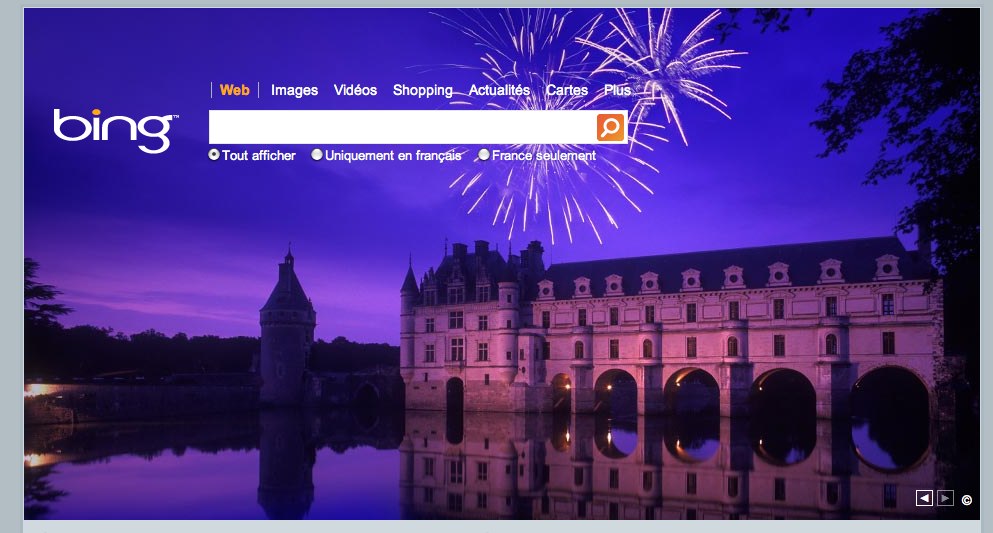