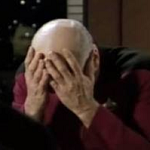 This is a guestpost by Jeroen Smeekens from E-Difference (original post in Dutch). Opinions expressed in the article are those of the guest author and not necessarily State of Search.

Ads between the organic search results. Have they gone mad at Microsoft? Like Google, Bing runs several different tests each day, showing different types of search engine result pages to its users. Some tests only show tiny changes, and regular users probably won’t even notice them. Others tend to be a lot bigger. But Bing just did the unthinkable and just stuffed its ads between its organic results. Shaking my head Bing, shaking… my… head!

We didn’t see the test for ourselves. In Europe Google is still king. But in the United States Bing has been trying to persuade users to use its search engine and has actually acquired a (small) share of the market. That is also the reason why this test got picked up this fast and Search Engine Roundtable reported on this train wreck of a test, showing us the following screenshot: 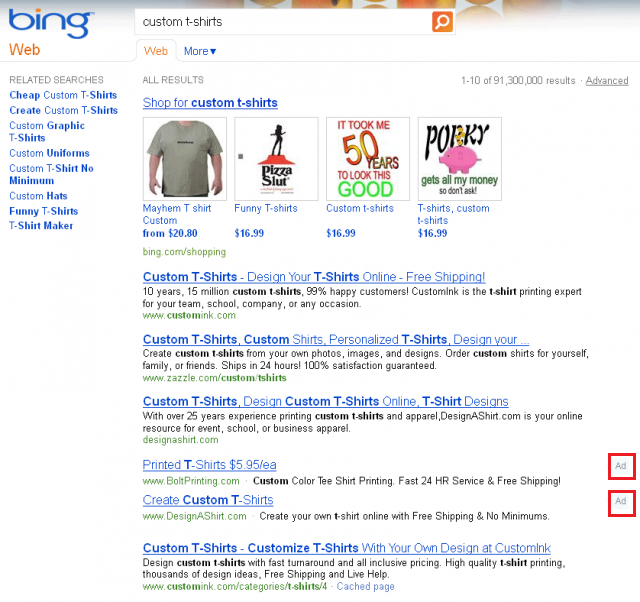 Besides a small ‘ad’ icon users will, at first, barely distinguish the ads from the organic search results. I say ‘at first’ because users of search engines scan the search results very quickly and click within seconds. Yahoo! apparently already tried this, but was wise enough to stop putting ads between its organic results in 2009. Bing has admitted that it is testing this horrible mash up, but says that when the user experience isn’t up to par, it won’t be implemented.

Yes I was. That a search engine who wants to beat Google (or at least wants to take away market share from the search giant) would even think to test such a thing. If it were Google itself, I would probably have been even more amazed.  And of course, I get that putting ads between the organic results can result in more clicks, because users see the ads as organic results. And more clicks means more income.

But this is about cheating, about deceiving your users. Yes, fraud! The user expects the search engine to show the most relevant search results, based on its complex, independent algorithm. It’s almost the same as paying for positions in the organic results. The independent nature of the organic results is completely gone, and with it the quality of the search results.

I have been angry at Google many times now, because the AdWords ads are pushing down the organic results, or taking up to much space. The visual adjustments they have made the last year, make the AdWords ads stand out even more, clog up the result pages or diminish the distinction between ads and organic (is it just me, or is the background color of the top ads getting lighter and lighter?).

But Google, thankfully, understands that users use its search engine because of the good results it produces. By serving high quality, relevant search results they keep users happy and ensure that they come back. And by making sure users continue to use Google as their search engine they are able to have such a successful advertising system. Tamper with the organic results, ruin the quality and independence of the search results, and you ruin the user experience. This will lead to less people using your search engine, and that will lead to a decrease in advertising income. DUH.

And who knows, maybe, in a few years, we are used to seeing ads stuffed between the organic results and it will be a great enhancement of the user experience. But really, I don’t see it, I just don’t. Colleague and blogger of State of Search Jeroen van Eck wrote on our blog “Bing is going places, but where are they heading?” Well, if these are the tests they can come up with it, they are going nowhere.