Skip to content
Home » Articles » Search Engine Optimisation » Outing Black Hat SEO; Should we, or should we not? 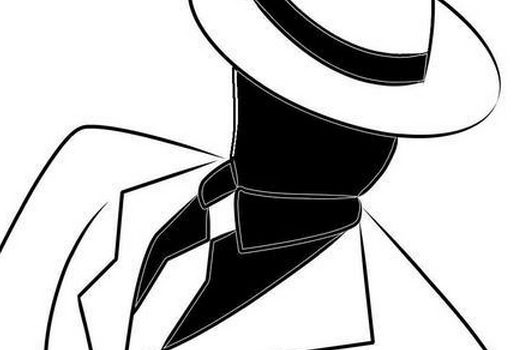 Outing Black Hat SEO; Should we, or should we not?

Outing other agencies or companies for bad-, black hat- or grey-area SEO is pretty common. And it might seem pretty effective as well. But why do we do it? Who are we actually helping by outing others?

Should  we, or should we not, “out” other agencies or companies for bad or un-ethical SEO work? Well there`s many answers and perspectives to that question. Here`s some of them.

Some would say that by outing others, you actually help out the whole SEO or search-industry. Looking the other way on the other hand, will harm our industry and put all of us in a bad light. Therefore, outing is our duty, and we should all do it. In the words of a fellow State of Digital blogger, Gianluca Fiorelli:

“If we just let pass a single blatant black hat action, then we won’t be able, and we will have no reason to complain because other sites dominate the SERPs due to black hat. I think we cannot just blame Google because of its failure against spam, if we too remain complacent with who do spam. On that note, let me add that we should also out Google when necessary, it works both ways.”

Outing the “bad guys” will both help Google fight spam, and it will lift the “good guys” into the spotlight, putting our whole industry in a better light. Right? Or the complete opposite? Will outing the bad guys actually enhance the spotlight on the more dodgy side of the SEO industry instead?

There`s no news like bad news, and bad news could unfortunately be the only ones that gets noticed. Ask yourself this: What SEO case do I remember from 2013? Many would say the Interflora penalty-case. Few would mention award-winning, clean and ethical SEO cases. By outing others, do we actually help our industry, or the complete opposite? And do this mean we should look the other way? 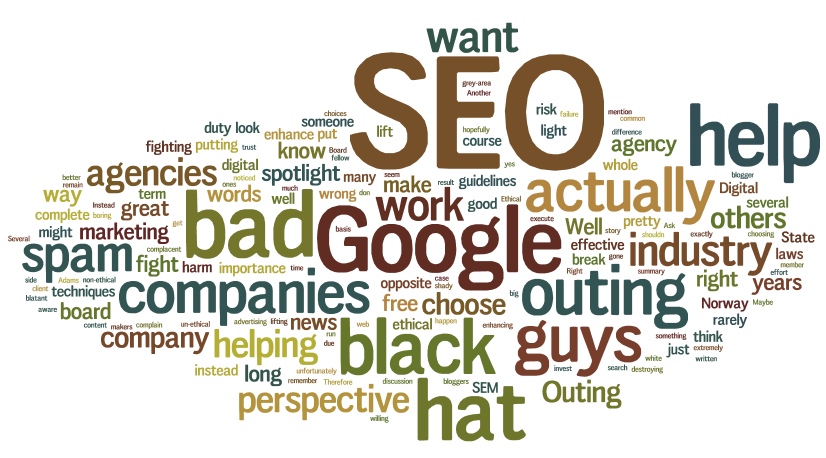 Another perspective is this: By outing the “bad guys”, you actually help companies choose the “good guys”, and to make their SEO work risk-free and user friendly. Several companies have actually gone down and under after choosing the wrong agency and being penalized by Google for it. This is of course something none of us want to happen. To help companies make the right choices in the jungle of digital agencies, it is our duty to out “the bad guys”. Or is it?

By outing non-ethical agencies, what company are we actually helping out the most? And for free, as well? Google, of course.

By outing “the bad guys”, you help Google in their mission. You help Google execute their “laws”, their guidelines on what`s right or wrong. Sure, but why shouldn’t we help Google “do no evil”? Well, what about this: Google is a company that according to many, hate SEO and work against it. So why do we want to help someone that hates us? In the words of Barry Adams:

“Corporate decision makers rarely know the difference between white hat and black hat – all they see is another big story about a website being penalised by Google because of SEO. So for those people, all SEO is tainted. As a result companies will not want to invest in to SEO as much anymore, and are more willing to put their marketing budgets in to AdWords advertising, which is exactly what Google wants.”

By helping Google “fight spam”, you actually help them enhance the importance of paid search, which in the long run hurts SEO. Do we want to do that?

Should companies be free to choose black hat techniques?

A third perspective on this issue. If a company want to do black hat SEO. If this is necessary to get the results in an extremely competitive landscape, and they are aware of the risk and the potential long term harm. Should we then judge the agency doing the black hat work for that company? Should we out someone for their “shady” SEO work without knowing what`s written in the contract between client and agency?

Some say no. Everybody`s free to choose to do black hat, if they know the risk. You don´t break any laws doing black hat, you only break Google´s guidelines. Others say yes. We should never look the other way, as black hat techniques, spam and malware are destroying what we all love; great web content. 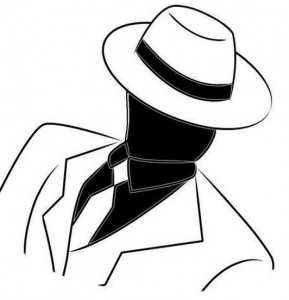 This article is a summary of a long discussion between several State of Digital bloggers. This is my own perspective: In addition to working for several digital marketing agencies for the last 7 years, I have also been a board member and chairman of the board of the Board of  Ethical SEM in Norway (BraSøk). I have in other words been fighting spam on a daily basis for years. But in all those years, I have rarely outed the “bad guys”. Why? Well, my perspective is this: Instead of putting our effort into fighting the bad guys, we should concentrate on lifting great SEO work into the spotlight. This seems boring, I know, but it will in time lift the importance of the SEO industry and the trust in SEO. It will help companies decide for themselves what kind of SEO they want to do, and hopefully make them choose “the righteous path”.

The board of ethical SEO in Norway does not fight spam (shocking, right?). They instead spend their energy on enhancing what is great about SEO, SEM and performance marketing. Maybe this is what we all should do, even though outing might be more effective, and exciting, in a short term perspective?

To get a full view of the debate, read the entire exchange between Gianluca Fiorelli and Barry Adams here.

Agnete Tøien Pedersen
Agnete Tøien Pedersen is Head of SEO in iProspect Norway and has years of experience within SEM, SEO, web publishing and journalism. She is also chairman of the Board of Ethical SEM in Norway, BraSøk. On a daily basis she is working with customers of all sizes, in Norway, the...
Find out more about Agnete 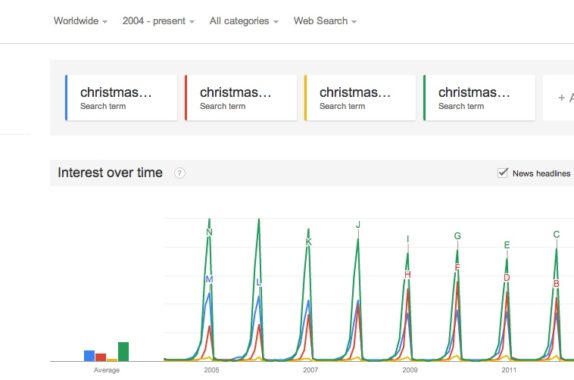