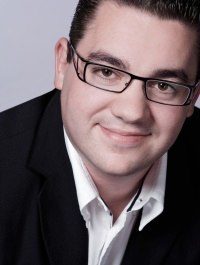 The bloggers who really make this blog deserve some attention and that is what we’re doing this week. This week I am paying some attention to the bloggers in these last few days of the year. See what they wrote, look at how their year was and what their expectations are. A digital thank you for their work.

We are a blog with most European writers, British, Norwegian, Dutch and ONE German, Bastian Grimm. And we are so very happy to have him on board. He is very knowledgable and next to that he is also a fantastic conference blogger. Just see what he did at SES San Francisco.

I asked Bastian the same a couple of questions as the others about 2010 and 2011:

Joining StateOfSearch – haha no kiddin’ 😉 And of course being able to actually ‘do’ what I like – so it’s not really a highlight but if your job is something you really like doing, it actually does not feel like work – and that is my personal highlight!

Google introducing “Instant” – it just annoys hell out of me. It’s just too much.

If it has to be one I wrote I guess its “Information Architecture: Common pitfalls” (part 1/ and part 2)

Businesswise my guess would be that – as for every year – SEO is getting more and more competitive, affiliates will have to try even more to actually become a brand and Google will continue to evolve. It’s not the end of the flagpole – even though it’s gonna be hard to keep this speed – we will see even more features and stuff making its way into the SERPs. And on a personal level: I REALLY wanna try to spend less time travelling, too much conferences in 2010… ok at least I’ll try!

Bastian started his career on State of Search with the post he mentioned, “Information Architecture: Common pitfalls”, that really hit the roof, it was great. After that he did some great coverage of events in San Francisco and also Berlin and his post “One step ahead in link-building: Make sure you’ll not get cheated” once again showed his class.

Bastian, if there is one German to have on the team its you. Your contributions are great and I am grateful for your presence at State of Search, have a great 2011!

Check out Bastian’s profile page
Company: Grimm Digital
All of his posts