Whenever a company publishes research that casts its own products in a positive light, my sceptic-alarm goes off. Often this type of ‘research’ is just poorly veiled PR spin disguised as a scientific study.

There are some exceptions fortunately, and Google is one of them. For all the criticism I often levy against the big G, I have to admit that their computer scientists regularly come up with some fascinating stuff.

A recent example is a study done on the impact of branded advertising – i.e. advertising in AdWords on your own brand name. Common sense would dictate that if you advertise on AdWords on a branded keyword where your site already ranks first for in the organic results, that the AdWords clicks would take away traffic from your organic clicks so you’d end up paying for traffic you would otherwise get for free.

Google has researched this effect, and their conclusion is staggering – if not entirely unexpected for PPC pros:

“On average, the incremental ad clicks percentage across verticals is 89%. This means that a full 89% of the traffic generated by search ads is not replaced by organic clicks when ads are paused.”

What this study shows is that advertising on your own brand name in Google AdWords doesn’t cannibalise your organic traffic. In fact, branded advertising can add to your total search traffic by up to 89%.

Naturally it’s in Google’s best interests to promote use of their AdWords platform – and they’ve made some interesting moves recently – but this really doesn’t seem to be a case of a self-promotional research study. Especially as I’ve seen this effect occur more than once.

So if you do Pay Per Click advertising, be sure to include an ad group for your brand terms. 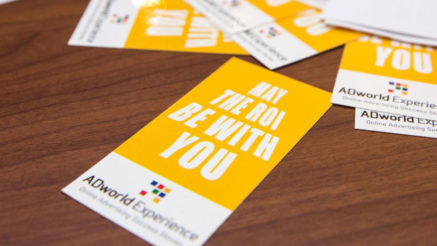 Gianpaolo Lorusso
With the "PPC Checkmate" methodology you can quickly check an ad account's effectiveness. In this post, Gianpaolo explains it all!
Read More
Join our 9,000+ Subscribers
Receive daily, weekly or monthly updates on our latest content