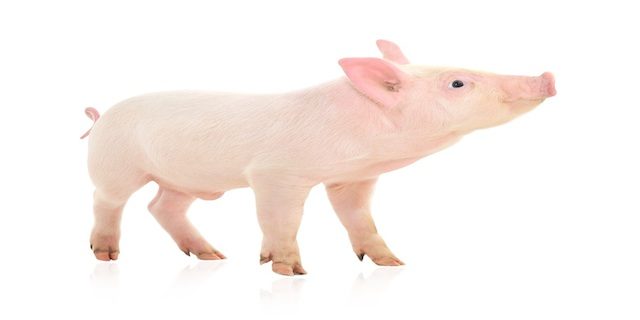 Piggyback marketing is a technique that has been used by companies for years and if it is done correctly you can end up with fantastic results off the back of it. It is important to get it right though. I have seen companies attempt piggyback marketing and it come back to bite them.

In this post, I am going to share some examples of piggyback marketing campaigns that have gone well and would not have cost the business a huge amount of money. Hopefully, these ideas will give you some inspiration to try this marketing technique out for yourself. You simply need to think outside the box and find events that your potential customers would be interested in.

“Low-cost market entry strategy in which two or more firms represent one another’s complementary (but non-competing) products in their respective markets.”

In a nutshell, companies can look at events, products, brands and news stories and come up with an idea that allows them to ‘piggyback’ off it without having the huge cost that is often associated with big stories and launches.

Over the years, I have come across a lot of good examples of piggyback marketing but I have tried to pull together a good mixture so you can see how this can be done on a small budget.

This campaign started years ago when Rick Stein decided that he was going to film a series called the ‘French Odyssey’. In the series, he cruised along the South of France rivers and canals cooking local dishes from the various towns and cities he passed through.

Le Boat is a boating holiday company that offer canal boat holidays around Europe with a special focus on the French regions including the South of France.

In order to piggyback off the Rick Stein series, Le Boat ran a competition in a magazine offering readers a chance to win a copy of Rick Steins French Odyssey recipe book. Since then, the website uses Rick Stein in a lot of its promotion for the South of France boating holidays and this has worked wonders for the brand.

Results – A high number of competition entries giving Le Boat data on new customers that they could add into their system and market to at a later date. In addition, a nice affiliation with Rick Stein which can be used to help them market their holidays in the future. 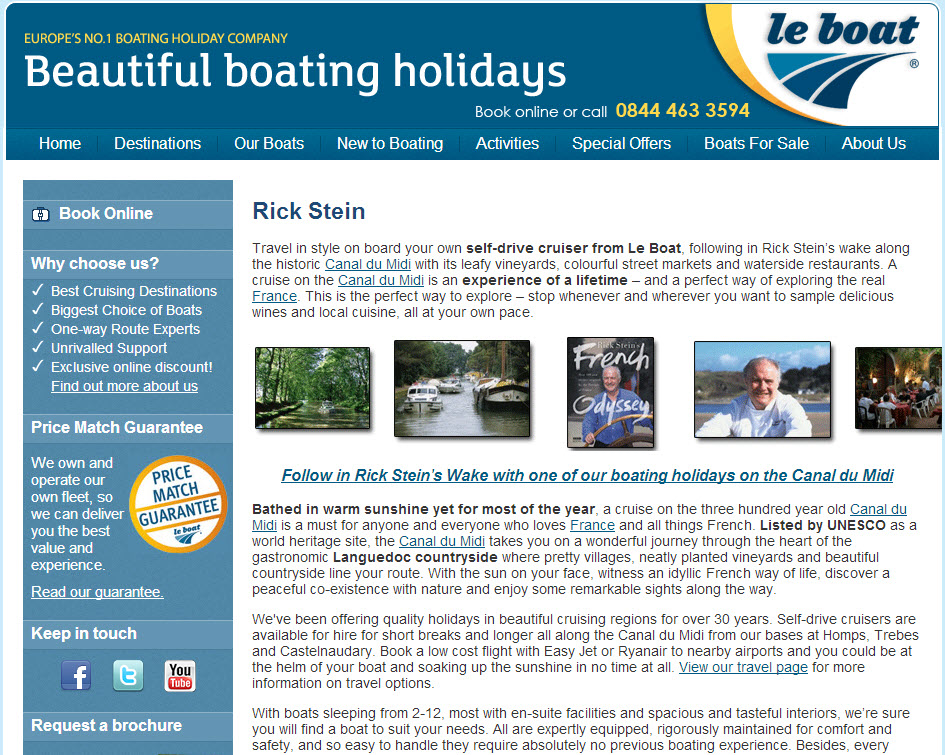 MoneySupermarket – The Cost of Being Batman

Prior to the launch of the most recent Batman movie, MoneySupermarket came up with an infographic that looked at the Cost of Being Batman. Although it isn’t entirely relevant to their brand, they tied it in with the introduction text which talks about Batman not needing a loan.

The movie has such a massive following and no matter what brand you are, a proportion of your customers are very likely to be Batman fans. By creating this infographic and embedding it within their site, MoneySupermarket generated a huge amount of social shares and links back into their site.

Results – You can see the social share results from the screenshot below but this campaign also generated almost 400 inbound links from 177 linking root domains. Not bad for one infographic!

At Koozai, we shoot weekly videos and upload them to our Koozai TV channel. Last year, we started keeping all the bloopers that the team did when filming their videos and compiled a blooper reel that was added to the site at the end of the year.

In December 2012, we did this again but had to come up with a name for the video post that would mean something. Last year we had ‘Kooz Been Framed’ which obviously piggybacked off of You’ve Been Framed but we needed to do something different this year. Mike Essex, our Online Marketing Manager came up with ‘Whiteboard FAILday’ which was a play on the SEOmoz Whiteboard Fridays. Subtle, but it worked and helped people understand straight away that this wasn’t a normal video.

Results – In the first day that the outtakes video went live, it received 302 views and 110 likes. 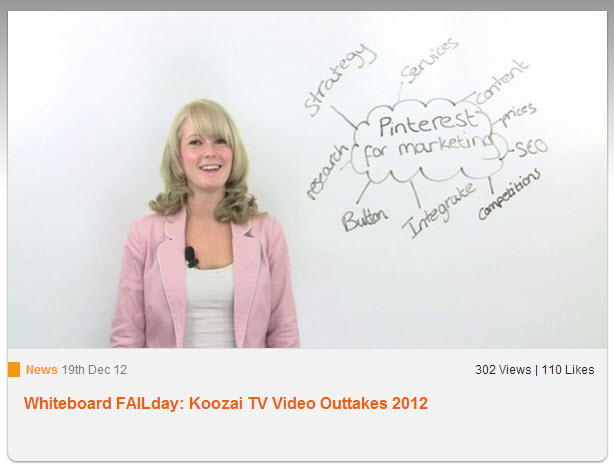 Another really simple piggyback campaign was seen on the Screwfix Facebook page in summer 2012. With so many festivals taking place during the summer season, Screwfix identified an opportunity where they could entice their Facebook followers to purchase items from their website.

I have put a screenshot of the campaign below which links through to a dedicated search page on their site which contains all the essentials needed for camping at or just attending a festival.

This is something that Screwfix do really well throughout their Facebook page and can work well if you are selling something that relates to a forthcoming event.

Now this was an interesting campaign as it got a bit of stick from people but, in my opinion, was a clever way of gaining more brand exposure.

Back in 2010, iCrossing, the agency that deals with Ann Summers PPC ran a branding campaign exercise which involved bidding on various high traffic keywords that people would be searching for if they were looking for certain events or just conducting general searches. Some examples include the General Election, Chinese New Year, British Airways Strikes and the Snow!

The ad text was written with a great play on words, here are some examples:

Results – 1.5 million views of the ads from a spend of £3,000! The campaign was also picked up by the national press and was featured on various sites driving natural organic links back into the site.

When Jahmene Douglas took to the X Factor stage, the support he received from his previous employer, ASDA was huge. They created a dedicated section on the ASDA website, allowed them to go back to the store and film and even had employees wearing Vote Jahmene t-shirts.

ASDA saw an easy PR win when it came to Jahmene. He was the bookies favourite for a long period of time during the show and the fact that he used to work for ASDA allowed the marketing team to piggyback off his success on the show.

The VT that came on before Jahmene went on stage often featured something about the ASDA brand which was a result of their support and backing him all the way.

Results – Over 13 million people watch the X Factor in the UK alone so ASDA being featured on the show week in week out would have done wonders for their brand. Most people in the UK know what ASDA is but hardcore Jahmene fans may have been persuaded to start shopping in the store instead of using Tesco or Morrisons. 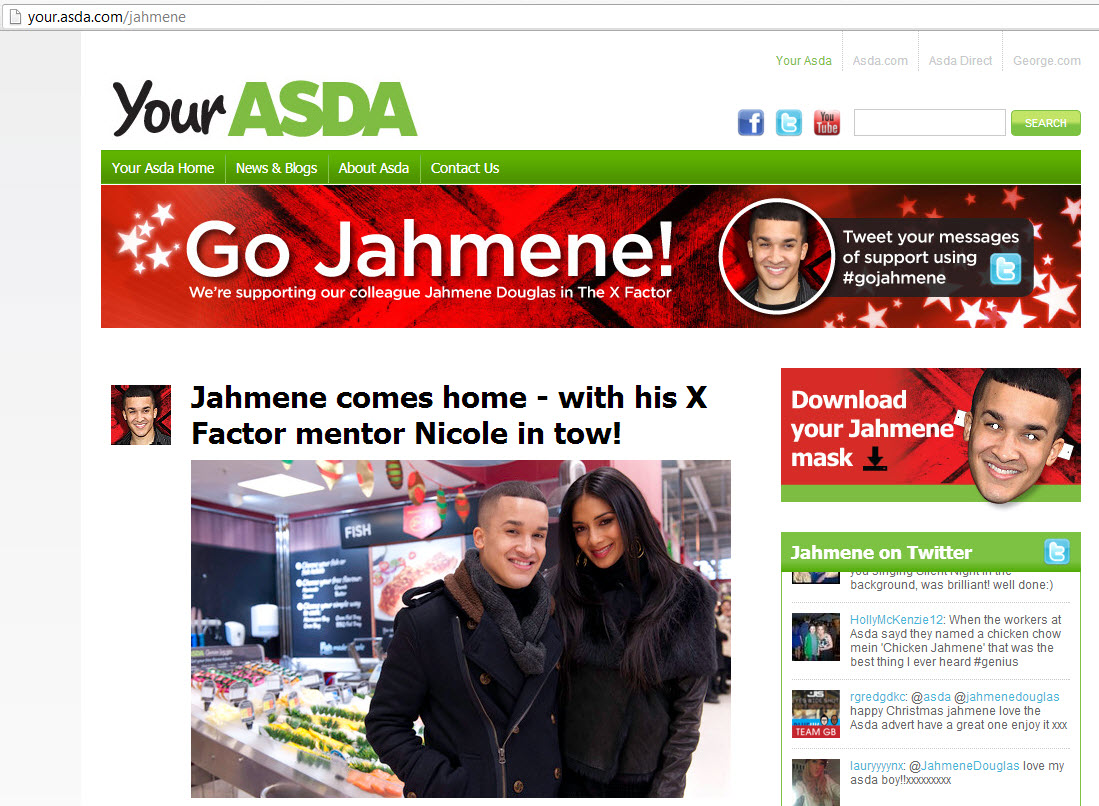 When London was announced as being the host for the Olympics in 2012, big brands went mad for piggybacking off the event. There were so many campaigns put together before, during and after the event it was crazy. However, one that stuck in many minds was the Paddy Power campaign.

Paddy Power sponsored an athletics event which was taking place in France in a little place called London. They then launched banners which were put up all round London in the UK stating that they were the official sponsor of the largest athletics event in London 2012, France.

The London Organising Committee of the Olympic Games (Locog) attempted to have Paddy Power take down all the posters but courts overruled this and allowed them to stay.

Results – Thousands of Paddy Power fans took to social media to show their support to the brand and their advertising campaign driving additional brand awareness and hype. 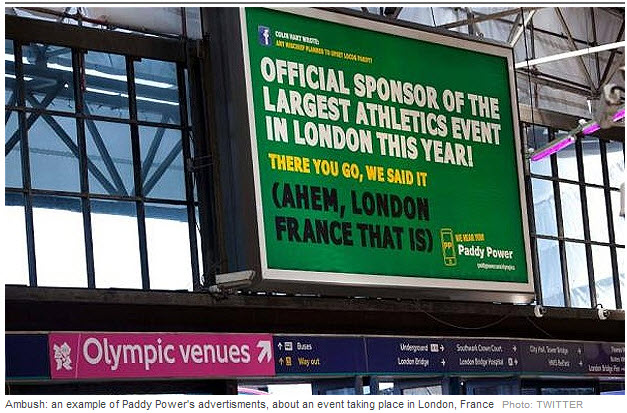 Here are a few steps that you could consider prior to starting a piggyback marketing strategy. Please remember that this technique may not always work for your brand and the campaign needs to be right and relevant for it to work. If you don’t believe in your campaign 100%, I would not recommend moving forward with the idea. Go back to the drawing board and start again.

1) Compile a list of events, celebrities, milestones, products etc that your potential customers could be interested in.

2) Create a calendar of dates for events that you know happen at a specific time of the year (Christmas, Mothers Day, World Cup etc) and then use it as an organic document, adding other ideas to the calendar when they are coming up.

3) Brainstorm ideas for each item you have listed on your calendar in advance. Piggyback marketing can take some time and may need to be launched prior to an event taking place. List all ideas, good and bad. It can often help if you get a few people from your organisation involved as different people will come up with different ideas depending on what they are interested in.

4) Research each idea in detail. It needs to be unique and can not have been done by another company in the past.

5) Ensure your ideas make sense by pitching them to someone outside of your organisation. If you are too close to an idea, you can become blind to what you are trying to achieve.

6) Think about your target audience and make sure they are the people you are looking to advertise too. For example, look at the Paddy Power example. People that saw their campaign were interested in the Olympics and a large proportion of those people may have been looking to place a bet on one of the events so the audience was highly relevant to them.

7) Move forward with the good ideas but keep hold of any bad ideas so you don’t look into them again.

Pig on White from Bigstock