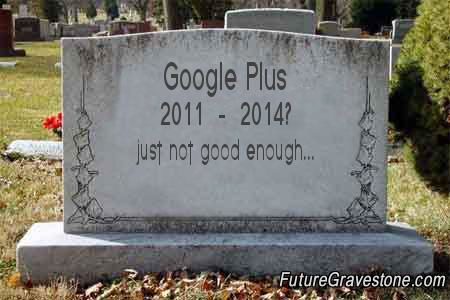 The Impending Demise of Google+?

Late last week a report from TechCrunch set the digital world ablaze. In this report TechCruch quoted several unnamed sources within Google saying that the team working on Google+ would be downscaled drastically, with over 1000 staff re-allocated to different projects.

This follows in the wake of Google+’s chief Vic Gundotra’s departure from Google, which remains mostly unexplained with no substantial reason given for his sudden departure.

This has of course led to tremendous amounts of speculation on the future of Google+ as a viable social network, with some saying that “Google+’s time as a user-centric social network is over.”

In an official statement Google has denied that Gundotra’s departure affects the direction of Google+, saying that the news “has no impact on our Google+ strategy — we have an incredibly talented team that will continue to build great user experiences across Google+, Hangouts and Photos.”

Should we take the stories from TechCrunch and the Financial Times at face value – and so far no Google source has confirmed in any official capacity that Google+ is undergoing any drastic change at all – we will have to prepare for a dramatic shift in how Google+ is positioned, and how we as digital marketers are currently using the platform.

At this moment I should admit, for those who haven’t been following my rants over the years, that I am a Google+ skeptic. While I was wowed by the platforms capabilities at launch, I quickly felt that it would not work as a social network. At least not before I see people in my social circles who are not part of the technology and marketing sectors embrace it en masse.

Suffice to say, that has not happened, despite Google’s best attempts to cram Google+ down our throats with forced integration of almost every conceivable Google system.

Especially the move to integrate YouTube with Google+ was ill-received, and the activity numbers that Google regularly boasts about to show Google+’s growth as a network are always taken with a healthy pinch of salt – for a network purporting to be second only to Facebook, precious few non-techie folks were active on it at all. Google’s own metrics for ‘activity’ on Google+ did not seem to align with how most people would measure active participation in a social network. 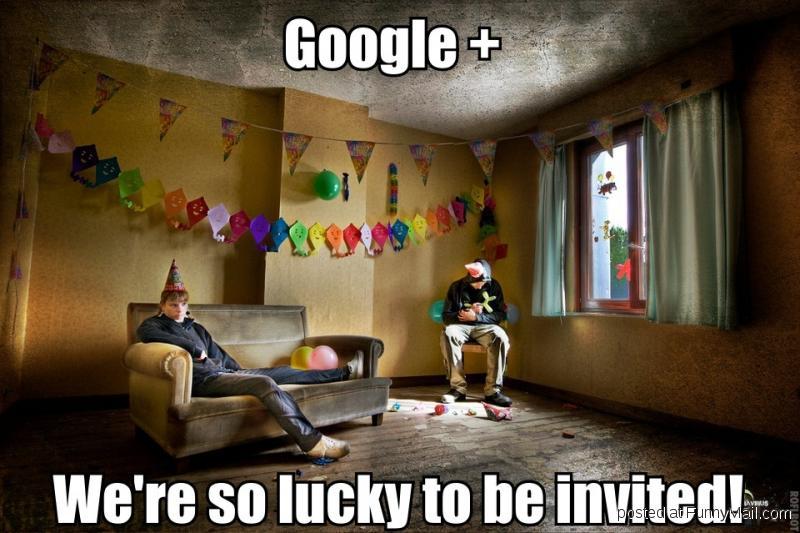 Should the rumours prove to be true, and Google+ will cease to be a ‘user-centric social network’, that doesn’t mean the platform will disappear. Google has invested too much in Google+ to simply pull the plug entirely. Google is definitely not going to give up the hard-won data it has gathered on people’s social circles, online activities, and device usage, as this is advertising gold dust and key to Google’s continued profit maximisation efforts.

Instead Google+ is very likely to evolve more in to a background system used by Google to enforce unified accounts and to track usage of different systems across multiple platforms and devices. The Google+ front-end we know today as a full stream of social sharing, voting, and commenting activity, will possibly be retired or replaced with a different and more simplistic type of activity dashboard that updates us on what our circled friends are doing and what’s happening in our direct environment – sort of an upgraded Google Now perhaps.

There is also some speculation as to how Google+’s ‘retirement’ will impact on Google’s overall direction, with Danny Sullivan saying it will likely follow Facebook’s path towards more fragmented and specialised services and away from the singular everything-to-everyone unified system Google+ seemed intended to be. This would mean Google’s move to create separate apps for Hangouts and photos would have been a prophetic one, perhaps an early indication of the loss of faith in Google+’s centralised approach.

I think it is abundantly clear to Google, as it has been to many marketers, that Google+ as a social network has truly and irrevocably failed. What happens next is something I suspect even Google itself hasn’t yet figured out, and I expect many different things will continue to be tried and discarded before Google ever finds its holy grail of social data – if indeed it ever does. 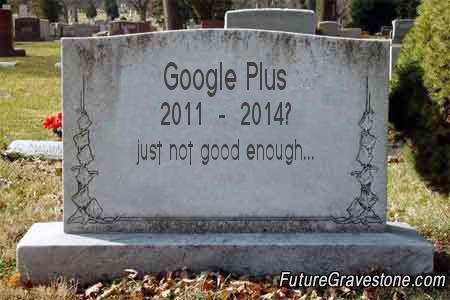