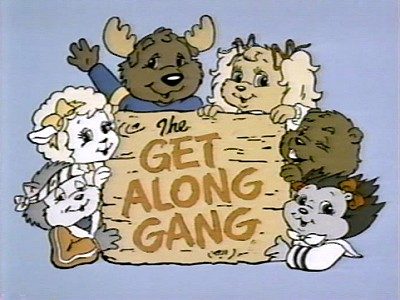 All Talk – Desensitisation in Online Communication

This is a guest post by Stuart P Turner. Stuart is a trained philosopher, casual procrastinator and experienced search marketer. He has worked in digital agencies and as a freelance consultant over the past five years, across a range of UK and international clients. Stuart currently resides in Sydney and works for specialist search marketing agency Outrider. When he is not busy sharpening his SEO skills on the APAC market, he is typically lost in a book or staring whimsically out into the antipodean skies.

Two recent posts on inclusion and sexism in the digital industry inspired this post; it is a subject I touched on briefly in a previous post I wrote on the subject of Twitter.

The manner in which we communicate online desensitises us. We say things we would never dream of saying in ‘real life’, which in turn leads to almost immediate polarisation of opinion and rife tribalism.

But isn’t the internet as much real life as an argument down the pub? Or a conversation over the dinner table?

Isn’t it time we all just got along? 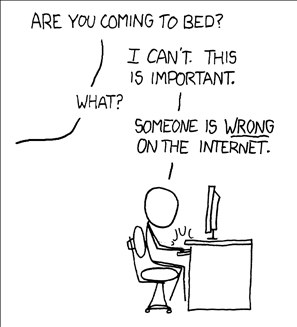 “The assailants can be stopped by removing the head or destroying the brain.”

The manner in which we now communicate online desensitises us, specifically to the feelings of our peers, in a number of ways.

The combined effect of these factors on our written communication means that we increasingly find it easier to become dismissive of the opinions of others, drift easily into tribal groups and trivialise issues that are in fact very serious.

Look at any blog, forum, comment thread or social network and you will see abundant evidence in the almost immediate polarisation of opinion on any given topic.

Without a prior relationship with a commentator, it is extremely hard to presume the intent behind a comment. As our potential audience widens, we should be thinking more about how we communicate, not less.

You simply need to glance at any of the wondrous tabloid newspapers on shelves up and down the country to see the damage that a seemingly innocuous comment can do in the public mind; emblazoned in unsympathetic black on white, crudely (and in most cases intentionally) divorced from the original context.

Looking at these points individually gives an amazing insight into an abortive evolution of language, divorced from what we traditionally (and subconsciously) take for granted as context within a face to face discussion.

We take in a surprising amount from the body language people exhibit when we speak to them, from their expression, posture, tone of voice, even how close (or not) we stand to one another. A hundred tiny details give us clues about what the intention of the speaker is and what they mean with the words they are using.

Being the first to say something is often more important than saying something interesting; this is the golden rule of the internet which leaves journalists red eyed and awake at night, staring into their Blackberries with thousands of pre written articles ready to fire to the editor at a moments notice. This mentality leads people to put less (or no) forethought into their comments prior to making them. Unlike a clumsy, yet quickly forgotten verbal gaff however, an ill informed written opinion may potentially reside in its place, well, forever.

Twitter in particular encourages us to communicate with brevity. In itself, this is not a bad thing, but there is only so much meaning that can be conveyed in 141 characters. While this has given birth to an interesting new range of linguistic tools, it is nigh on impossible to have what could be called a conversation on the network.

It is not fair to burden the feathered shoulders of Twitter with the blame however; an inundation of information has made readers lazy. We favour a summary over an article, a picture over a word; an ad verbatim opinion over genuine understanding.

The next inevitable step towards an ever increasing tide of negativity is is anonymity. Online, you can be whoever you want, or you can be no one. So not only are you communicating in a void bereft of contextual body language, you do not even have to stand by your own opinion.

Online anonymity exacerbates the problem of desensitisation even further; you don’t even have to stand by your opinion any more. You can say things you would never dare say in ‘real life’ and simply invent a name to go with your comment. Ironic considering the fire and brimstone arguments that rage within the ‘Have Your Say’ area of the BBC website, or the seemingly animalistic insanity that emerges in any YouTube commentray.

This brings us to the crux of the issue. Most people subscribe the idea that what happens on the Internet is somehow not real life. In our minds it is separated by a gap; activity online is like an ethereal dream that cannot reach out into the harsh light of day and actually affect us. It is viewed as a inconsequential world in which we can re-invent ourselves to say or do whatever we like.

Increasingly however, as technology catches up the line between online and offline is becoming ever more blurred. Discussion around accountability is becoming louder and more heated as we protect our right to speak freely and share information.

A concept that is inextricably wrapped up in online communication, and yet almost universally ignored by most communicators.

The most astounding thing about this situation, is that in real life most people dream of being the quick witted, educated and well opined individual who wins an argument with charm, quick,

eloquent responses and drinks all round. The stuttering nature of most online discussion gives us this freedom; the luxury of time to formulate a well constructed, proportionate response.

Sadly the vehicle through which we attempt to converse urges us to cast this opportunity aside in favour of getting in there first. The need for speed also encroaches on real life, as Tom Critchlow so accurately pointed out in his recent post ‘The Art of Being Switched On’, the need to be in the loop, to have the first (or last) word online can make for very poor ‘real world’ companions.

So what can you do?

Every time you are about to respond to some new imagined slight online, ask yourself “Would I stand, staring into this person’s eyes and say this to them?”

Within the complicated tangle of our lives, our own opinions and activities are of almost primal importance.

We could all benefit from a bit more forethought, and a more empathetic approach to conversation.

You can follow Stuart’s sporadic but always enlightening writing at www.stuartpturner.org, or contact him professionally at Outrider. 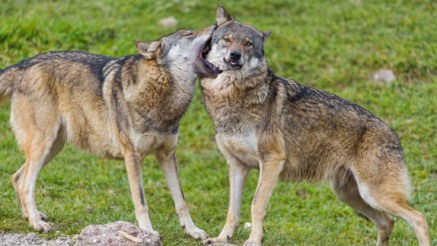 Hannah Butcher
The digital marketing agency is a dynamic yet strange place. Find out some of the peculiarities we should put to...
Read More 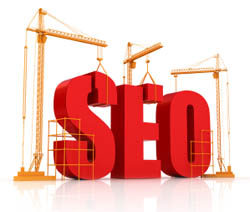 Guest Contributor
Ready to take over search engine rankings and get into the top positions for specific search terms? Not so fast....
Read More 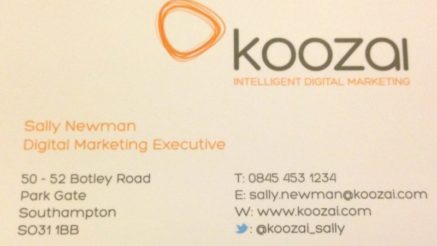 My Breakdown Of The Industry and What Agency Life’s About

Guest Contributor
If you're interested in discovering more about the Digital Marketing industry and what agency life is really like, read my...
Read More
Join our 9,000+ Subscribers
Receive daily, weekly or monthly updates on our latest content