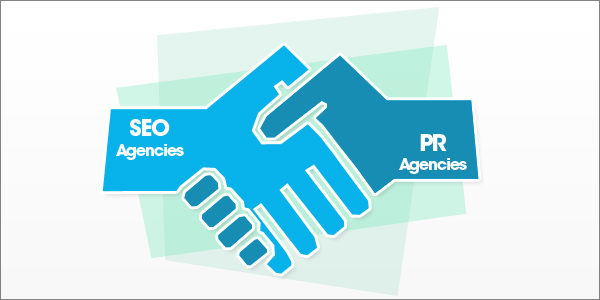 Digital PR – A Model for Integration ?

There seems to be a major tussle at present about digital PR and where it sits within the marketing landscape. SEOs have been peddling “Online PR” for years, while focusing on the “press release” and not the “public relations” aspect.

Traditional PR agencies, on the other hand, have been focusing on offline far more than online and many of the most influential bloggers have been snubbed by them in the past.

I wanted to write this post detailing a few misconceptions from both sides of the fence, and how they could possibly be overcome using an integrated approach.

As we saw in the recent wave of “Google just killed PR agencies” posts, many SEOs still equate digital PR with press releases and not public relations. We have predominantly focused on scaling this as part of our link building activity and used PR newswires as a way of getting links for our client. It’s always been a fairly low quality tactic at best and one that really shouldn’t be the focus of PR.

This then morphed into the guest posting explosion where we approached key bloggers pitching relatively low quality content to be placed on their blog. I highlight the placed aspect as nothing drives me crazier than this. No quality blogger is going to accept a piece of content that they have had no influence on because their blog is to intensely personal to them.

In my opinion, this is exactly what’s wrong with the SEO approach – we try and leverage the relationship before we have even taken the time to build one!

The traditional PR agency approach was to focus far more on journalists for major publications and effectively ignore their digital counterparts, let alone bloggers. They focused efforts on big brand publications. These publications would have been nurtured over a long period.

And that is what traditional PR is – the long game. The process from calling a product in for feature to print is at least 6 weeks for a short lead and 3 months for a long-lead publication. This gives traditional PR’s time to call in on those existing relationships and work on a feature. Typically, traditional PR’s focus on circulation and the name of the publication brand.

When the blogger generation started to make waves, traditional PR’s didn’t initially see them as the middle man between brands and the consumer. In some ways, they were seen as second class when it came to high-readership press titles. These bloggers are now far more influential than the early days. The timing of digital is also far quicker now than ever before, and this also presents a big challenge to the traditional PR agency, where much was done over a leisurely lunch and relationships built up over many years.

It is also very difficult to scale effectively, and while the groundswell of bloggers do get influenced by the few most influential,  that impact is short lived, leaving Google hungry for more quality links when you view it all from an SEO performance level.

We also see that often there is no integration with the SEO elements needed. If a link is achieved it often links back to the home page and not the deeper category pages where it could possibly have a greater effect on SEO performance.

In my opinion both sides have a great deal to learn from each other and I would like to propose an integrated model that would ultimately benefit the client most.

The first step would be for all parties to agree on who the audience actually is. This seems like an obvious statement and one covered already but there can be a lot of disagreement about this from the different people and agencies involved. Personas would need to be developed for both digital and offline audiences, which would lay the foundations of future campaigns.

Central campaign planning is a must as there will be multiple levels of campaign across the digital landscape and this all needs to integrate to have the maximum effect. Weekly campaign calls are essential to ensure the planning and execution remains on track.

The traditional PR agency would then highlight key influencers they currently have relationships with and focus on getting the maximum traction for the campaigns through these people. They may well have digital cross-over at this point; however, having these relationships already benefits the client hugely so they should take ownership here.

The search agency would then target key digital influencers that aren’t in the list above and approach them with a view of creating a relationship with the brand and not trying to place content. The press releases will be centrally signed off to ensure consistency. As we know, this does need to be approached at scale and is a very laborious task that we are already geared towards.

Benefits of this model

Instead of having a big stand-off between the two sets of agencies, deciding to work together to the client’s benefit unlocks far more opportunities and increases the ROI on both sides. While the PR agency focuses on longer term brand ambitions, the search agency will focus on performance and sales in the short to medium term.

Personally I think it makes a lot of sense but what do you think?