Firstly, don’t worry, I’m not about to wax lyrical about how my agency is better than yours and everyone should take a leaf out of this book. Every business is different and that’s precisely the point that I want to explore and give clarity to.

I’ve worked both in-house and agency side (as most of us have) over the last nine years and have seen a lot of change, but I’ve seen a lot of the same old, business as usual, tale as old as time workplace environments and processes, too.

I’m talking about tired hierarchies, withheld knowledge, hidden information, micro management of the highest degree, terrible management (and brilliant management), exceptional but undervalued people and teams, and an unmitigated amount of mistakes made – some harmful, some that could have been prevented and some, in all honesty, that were hardly a mistake at all but individuals involved were made to feel lousy.

Sometimes it’s a wonder businesses are in business at all.

Frustration bubbles from below and it’s often never realised when it reaches the top. I’ve seen countless friends and fellow colleagues resign – those that were and are doing exceptional work – because they’re belittled, neglected, underpaid or overworked. What’s even more unfortunate, is that many of them move on to find that the grass really isn’t any greener.

I’m grateful, lucky even, to have found somewhere that appreciates how their business is run, their clients and their employees, too. I don’t say that to rub it in anyone’s face or add insult to injury – what I want is to highlight how, why and what we do to achieve difference, so other businesses can take it as they please – hopefully as food for thought, inspiration and motivation to make change for themselves and others.

So, if you’re still with me, let’s begin…

Admittedly, straight out of the gate, this is a difficult one to cover. There has to be some form of hierarchy in any business for it to function and not fall into the realms of utter chaos. However, in my experience, a level playing field for leadership and management opens up a forum for communication, respect, trust and interestingly – ideas. This might well be better suited to smaller organisations, but by dropping the “I’m your manager, do as I say” act, it makes for a refreshing change in dynamics and collaboration.

No hierarchy means cooperation and honesty – the ability to talk to individuals usually deemed as “higher up” about the business, their work, how they’re feeling and if they have ideas for change – to improve the business.

I’ve had instances in the past where I’ve had to go to another head of department (not my own) to introduce an option for change – one that I knew would benefit my team and the business – but knew the option to tell my manager was out of the question. Why? They felt demeaned, challenged, threatened, even – because someone “beneath them” had an idea before they did. Those aren’t my words either, they were the ones used against me at the time.

That’s why hierarchies can be toxic and whilst we still use terms such a manager, lead, director, etc. as external identifiers, not internal.

Internally, it’s about creating a base, the foundations, that everyone reports into someone and has the back-up when they need it, however, overall, everyone works together without the heavy hand of the law (the internal hierarchy) from stagnating a business instead of being progressive, innovative and different.

Try a new initiative to create an open forum for discussion, for ideas, for change, for progression – no idea is stupid, irrelevant or ignored – let everyone have a say and the space to breathe and discover.

Transparency can be a tricky path to tread. How open should we be? What is a need-to-know basis? Decisions need to be made by business owners that only they can establish and settle on, but it’s what happens next that proves transparency.

To me, transparency means openness and clarity, and involving other team members and employees (as a whole) at the right time and not at the end of the road. I’ve been in businesses before that have unfortunately folded and I’ve seen friends be made redundant and a lack of transparency was at its core. Sometimes I can’t help but wonder if more members of the team was aware of a situation, an assembly of minds and ideas could help turn the circumstance around. When there’s a team that’s passionate about their role, their work, their colleagues and their output – then there’s a sense of partnership (think advocacy) to turn that ship around and keep it afloat.

Transparency is sharing figures, problems, issues, talking about changes that need to be made and motivating them, too. It’s not something to be ashamed of, struggling, that is, everyone learns from someone or something – so why not learn from each other? Just because a business owner owns the business, it doesn’t all have to fall on their shoulders. A team is a team for a reason, so band together and be open – involve each other and grow the business, move forward and make a difference.

It doesn’t just have to be internal either – involve your clients. I’m not saying send them a quarterly report of your financials but be clear, candid, most importantly, honest. If you’re a team member down and struggling to meet a deadline, then explain why. Everyone is human, everyone is part of something bigger than themselves or their latest project.

For all of those that have ever suffered beneath micro-management, then trust is an enormous factor and walks hand-in-hand with transparency, too. There’s nothing I like more and I would say that this is a universal truth for many of us – that just being allowed to get on with your job is more empowering and motivating than anything else.

Some people need a little extra nudge of encouragement and structure to their schedule, but for those that don’t and have it forced upon them, it’s discouraging and downright annoying.

Believing in someone, having the confidence and faith in them to get their work done is a form of management all in itself; one that’s built upon trust in someone else’s ability, knowledge and personal management.

A business expects trust from its employees and that should be returned. That’s why transparency creates a trusting environment and partnership between employees and the business.

You don’t have to have the bee’s knees of offices to have a great environment. A lot of the time that comes from the people that are in it. It’s incredible what an atmosphere can do to a workplace. It only takes one person to be out of sync to see the whole picture crumble. There’s a lot that can be said here for transparency and ensuring that everyone is understood and paid attention to. That whittles back to hierarchy and making an environment that suits all; not one.

It’s always good to look back, take stock, hold a retrospective and consider how a business is perceived inwardly as much as it is outwardly. There’s a lot that can be said for a business who takes care of its employees and it’s the value that comes from trust and transparency that’s truly appreciated. You don’t need to throw pay rises at people to make them feel valued, though, many will admit, they’re nice too.

Start making a difference and see a change.

Lauren Irwin
Lauren is the Campaign Marketing Manager for Abstrakt and has been working as a freelance Marketing Consultant for over two years. Experienced in social media strategies, digital marketing, branding and content marketing; all the cool stuff!
Find out more about Lauren 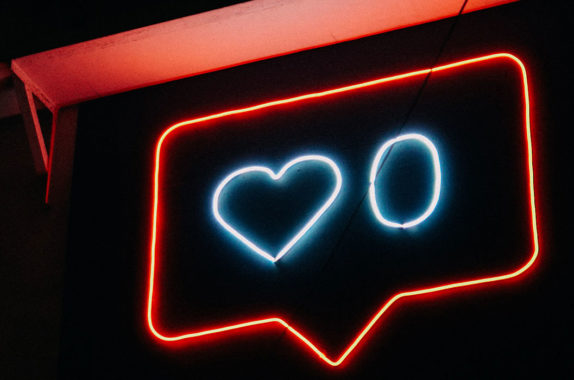 Morgen Henderson
Building a great team starts with hiring for the right skills, but it doesn’t end there. The more you invest...
Read More
Join our 9,000+ Subscribers
Receive daily, weekly or monthly updates on our latest content