Email and PDF Google Analytics For All Users In New Interface

It has taken a long time for Google to integrate this but the company finally announced that sharing reports by email and export rapports to PDF is now available for all users of the new interface. The new options were announced last month but as usual the roll out goes in phases. Also the beta label is still on it because Google is still working on some finishing touches.

If you are currently using the option to schedule a report to send to clients then this is the time to slowly start migrating these reports to the new interface. All scheduled emails in the old interface are not automatically available in the new interface because Google practically build the new system from the ground up.

This means you have to set all scheduled rapports again if you still want to send them. It will be a while before the old interface will sunset and by that time Google of course will send you a notification but if you have a lot of clients it might be good to start early.

On the other hand this also has a advantage (look at the bright side): you now have a moment to clean up all your scheduled rapports because maybe some mails can be dropped 🙂

With the new system you also have some new options. First you can now decide which day to sent the rapports and you can set an end time under the advanced options (don’t know why this is advanced), for example you can set that you want to stop sending emails after six months. 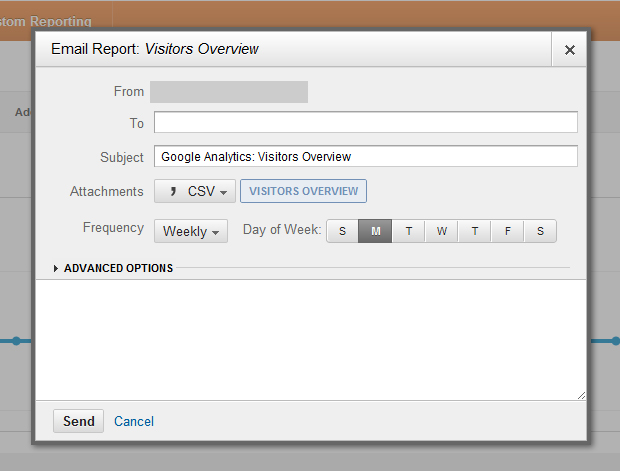