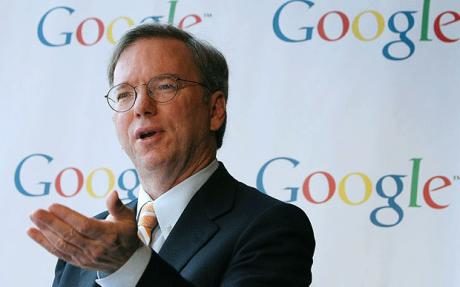 Now what if you were CEO of a big company and wanted to become “Media Person of the Year”. What would you do? Show up in the press a lot off course. And be controversial. Maybe that is what brought Eric Schmidt to his several epic quotes.

Or it is just a coincidence. What is happening is that Eric Schmidt, former CEO of Google, has been named Media Person of the Year by the Cannes Lions International Festival of Creativity.

One can’t help but think that the quotes which we discussed before are one of the reasons for Schmidt to be winning the award. He after all made it to the news with these several time.

Philip Thomas, Cannes lion CEO, says it is more about the company than about Schmidt himself:

“Under Eric’s leadership, Google has truly changed the way people around the world access information on a daily basis,”.

Schmidt himself is happy off course:

“This award reflects the hard work of many people at Google working to develop new technologies to help advertisers thrive in the digital world.”

Schmidt will be honored June 22 in the Palais des Festivals.