Skip to content
Home » Articles » Uncategorized » The EU Threatens Google, But Have They Got a Case..? 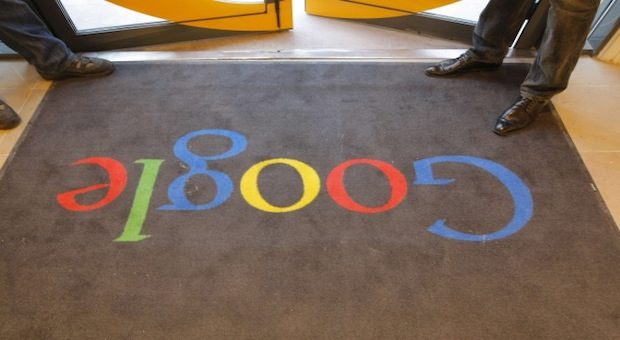 The EU Threatens Google, But Have They Got a Case..?

Google once again has to answer to the EU. Yesterday Commissioner Joaquin Almunia wrote a letter to Eric Schmidt containing four major ‘concerns’ that the EU has when it comes to their investigation of several antitrust complaints which were issued last year.

Almunia also posted the concerns online and in that same article seemed to be hinting at a deal with Google. This might mean the EU is not to certain about the complaints and looking at the complaints at first sight there is no need for Google to be scared of the consequences, even though some points really touch in the core of Google’s business efforts.

The concerns towards Google

As said, the EU has found four issues of which they believe Google business practices may be considered as abuses of dominance. Let’s take a look at them:

“In its general search results, Google displays links to its own vertical search services differently than it does for links to competitors. We are concerned that this may result in preferential treatment compared to those of competing services, which may be hurt as a consequence.”

To be clear: what the EU means here is for example maps results within the search results. This kind of is a strange one, not only because if Google would go with this accusation and would change they would have potentially no verticals left, but also because the links in the search results go straight to the actual websites, not via a Google Map listing first.

The second concern from the EU is that Google is copying “content from competing vertical search services and uses it in its own offerings”:

“Google may be copying original material from the websites of its competitors such as user reviews and using that material on its own sites without their prior authorisation. In this way they are appropriating the benefits of the investments of competitors. We are worried that this could reduce competitors’ incentives to invest in the creation of original content for the benefit of internet users. This practice may impact for instance travel sites or sites providing restaurant guides.”

Now this is an interesting one too, because isn’t that what Google is all about? Showing content from third parties? Well yes, but reviews do go a bit further than that. This is the issue which Tripadvisor complained about before. Tripadvisor even blocked Google from getting their reviews.

Now Google could off course stop doing this or they could make deals with sites like Tripadvisor. That could mean Tripadvisor could be making some money from Google, but its more likely that Google will just withdraw the results from sites like Tripadvisor which then will lose traffic. Travelsites may well have shot themselves in the foot with this complaint I’m afraid.

Now, I’ve had my own issues with Adsense before (can’t use it anymore) but this one is interesting and close to Google’s business core: Adsense. The EU believes the agreements Google has around Adsense might be wrong:

Basically this seems like a contractual issue where Google should change the contracts so that it is more open for other services. Most probably a bit of legal action would solve this for Google.

The final concern the EU has is about taking Adwords campaigns away from Google to other platforms. You can’t do that:

“We are concerned that Google imposes contractual restrictions on software developers which prevent them from offering tools that allow the seamless transfer of search advertising campaigns across AdWords and other platforms for search advertising.”

Now indeed you can’t do this, at least not contract wise. Google could change that, but the big question here is: doesn’t this apply to most advertising platforms?

Does the EU want Google to settle?

“In this case, Google Inc. has repeatedly expressed to me its willingness to discuss any concerns that the Commission might have without having to engage in adversarial proceedings. This is why I am today giving Google an opportunity to offer remedies to address the concerns we have already identified.”

“I hope that Google seizes this opportunity to swiftly resolve our concerns, for the benefit of competition and innovation in the sector.”

With this sentence he politically opens the door for a settlement with Google. And usually when somebody takes the first step in settling they are not so sure about their case. Which leads to the question how strong the EU case really is.

Does the EU even have a case?

If you look at the four points above the EU merely seems to be ‘warning’ Google as in they are handling some of their business in a ‘grey area’. Google can either fix the above mentioned concerned or very easily ignore them and move slightly in a different direction, probably hurting those who filed the complaints a lot more than they are hurt now.

Just imagine Google stepping away from getting reviews from travel sites and shutting them out entirely… The EU might very well have given them a reason to do just that.

On top of that the EU might not know what they are getting themselves into if they would make this formal. Or do they? Maybe they want to avoid getting into some issues by persuading Google to settle.

If the EU decides to make this formal they might be looking at a lot more cases. There are many advertising networks that haven’t got their contracts right and are not open for portability and have you looked at Bing or Facebook recently? They might get a copy of this letter if somebody really wants to do some damage.

So from the EU perspective it might be a better idea if Google would settle. That would send out a message to others to get their things in order. From a Google perspective it looks like the EU doesn’t really have a strong case here, so we’ll have to wait and see how Google responds. For business purposes they might very well be hard.

But first its time for some tea and cookies. Oh wait, thats an entire other EU related topic…