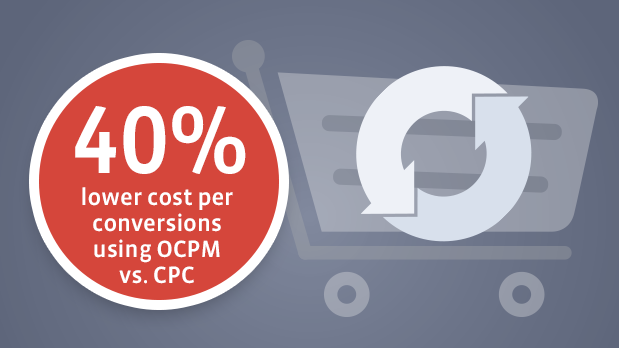 Facebook is ‘growing’ up and is using the data it has on their users not just for their own purposes anymore, but they are sharing that information, whether it is with Graph Search, or with their advertisers. Yesterday Facebook officially announced that conversion tracking will be rolled out to all advertisers.

Everything off course has its reasons and it seems like Facebook is now really trying to to just be a social network anymore, but it is much more (yes, it was already, it is just speeding that up) taking the route of the advertising network. Yes, just like Google.

The feature was already announced last November, but as it goes with these things, it takes a while before the official roll out actually takes place. That roll out is now.

“Today we are excited to announce the global launch of a new conversion measurement and optimization system for direct response marketers. Facebook conversion measurement allows advertisers to measure the ROI of their Facebook ads by counting relevant user actions, such as registrations and shopping cart checkouts, that are driven by people seeing an ads on Facebook.

Marketers can now also use optimized CPM (OCPM) to deliver ads to people who are most likely to convert on their websites. Beta tests have shown that when conversion measurement is used with optimized CPM, ads reduced the cost per conversion by 40 percent when compared to CPC ads using the same budget. “

To get started on the conversion measurement you just have to take a few steps:

Conversion measurement is currently available in power editor, the ads manager, and to API partners. Here’s how to get started:

So what are the consequences of this roll out? According to Facebook it “should be extremely valuable for marketers in e-commerce, retail, travel, financial services, and other direct-response industries that value actions taken on their websites.”

Which is true off course. Advertisers have been kind of shooting with hail, even though they had the opportunity of doing targeted advertising. Click rates and thus conversion rates not always seemed to be up to the standards. Now with this tool measurement and thus optimisation gets a lot easier and hopefully a lot better.

Many people are influenced by this, clients off course, but advertising agencies, those running the campaigns, and Facebook itself are the two who will probably benefit most. There will most likely be a boost in number of ads in the next period of time.