Spending on digital video advertising is predicted increase over the next few years with spend in 2019 predicted to be almost double that of 2015 in the US.

Increased spend means increased competition, and brands and marketers will of course be looking to find any way to gain an advantage. So should brands start looking to get an edge by using different channels for video marketing?

What is particularly impressive is how frequently Generation Z,Y&X regularly visit YouTube compared to other social networks:

YouTube has become synonymous with online video, and it’s well known among digital marketers that it is the second biggest search engine behind Google. After Google decided to stop showing videos from other video platforms in the search results in 2014, it would be  difficult to see a reason why to use any other platform to host videos.

One of YouTube’s biggest successes in recent years is the birth of the ‘YouTuber’ or YouTube Creators as they are officially called by Google. These people have amassed a large following through their own videos, which in turn makes them money as they can advertise products through their videos and also through YouTube pre-roll videos and display advertising. Google actively support these creators with initiatives such as the Creator Hub, where Google provide training and support for them.

These influencers are a big draw for brands to advertise on the platform. YouTubers are extremely popular with younger demographics and this shows by looking at YouTube’s second most popular search term – ‘Minecraft’ (a game very popular with the younger audience). This topic has been extremely popular for creators with 10.6 Million Minecraft themed videos being uploaded in 2014. These videos generated a staggering 26.5 Billion views between them.

Brands have understood the popularity of YouTube for a good few years, and the amount that brands are investing in YouTube advertising is increasing. It was reported last year that the top 100 brands increased their spend by 60% YoY in Q2 of last year, with brands outside of the top 100, increasing their spend by 40%.

With good access to the hard to reach 16-34 year olds, and ever increasing ways of advertising to them such as TrueView, it’s clear to see why brands are listening to Google’s calls to pile more money in YouTube from their TV budgets.

However, should brands be considering other places to spend their money for video advertising?

Since dispatching MySpace (flashback to the nightmare of having to choose who you’d leave out of your top 8 friends) in 2007, Facebook has been the dominant social network with no other competitor coming close to it’s reach. It’s an incredibly important weapon in the digital marketing arsenal and has proven to be the best social network to drive traffic to a website.

While Facebook has supported video for many years, in the last two years it’s made large strides into video with its native video platform, which has proven extremely effective. Reports have shown that native videos (these are videos uploaded directly to Facebook, that autoplay in the news feed) drive much more engagement than videos posted up from a third party website (such as YouTube).

It’s no secret that Facebook are taking video very seriously, and are taking the battle straight to YouTube. Last year Mark Zuckerberg said the following:

“Over the next few years, video is going to be some of the most engaging content online. And by continuing to innovate here, we have a chance to build the best place to watch and share videos”. Source

There’s nothing subtle about that statement and it’s obvious that Facebook intend to take as much market share from YouTube as possible. The stats show that they’re currently doing well.

A report by Business Insider UK and Social Bakers has shown:

With these statistics from brands and the fact that Facebook has 8 billion video views per day, should brands start investing more in Facebook video?

Where Should Brands Spend Their Money?

While the Facebook statistics are impressive, it certainly shouldn’t cause too much panic over where video advertising budget should be spent. YouTube has much more options when it comes to advertising. Pre Roll, Display and newer (and very cool) options such as TrueView offer brands much greater flexibility in terms of advertising options.

YouTube has seen a large growth in the time people spend watching videos on the site (60% YoY). As mentioned before, it is a search engine. People go to YouTube specifically to search for and engage with specific video content. 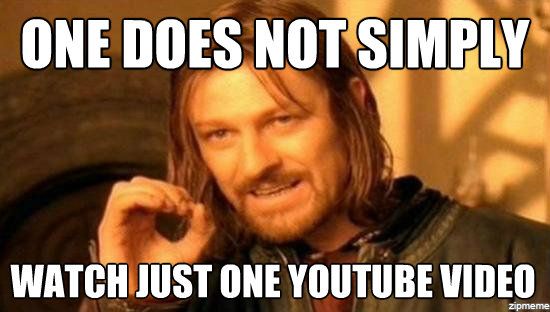 Facebook is still a multimedia platform and is used in much more of a browsing manner. The way in which videos are watched on Facebook is much more passive – they’ll appear on a news feed and if someone is interested then they’ll watch it. If not, it’s easy to scroll passed it and engage with different content. It’s unlikely someone will log onto Facebook and search for a specific video.

As with any other social platform, each channel can be used for specific goals, and needs to bear in mind the content type and the persona. Facebook autoplay is one reason that video is working well for the platform. However, autoplay does not automatically trigger sound. So if your message is all in the audio, then it may be lost and the content may be ineffective on Facebook. So videos need to be made with the channel specifically in mind.

If your goal is to get a lot of views on a video, then Facebook may be a better platform to post on (if your target market exists there). However if you’re looking to drive engagement to your sites and products, and want use a number of advertising options then I wouldn’t give up on YouTube just yet.