It’s almost been a full year since Facebook’s Initial Public Offering, and it’s been an eventful year for the giant of social media.

Expectations were high for Facebook’s share prices, but those expectations were dashed on the very first day of the IPO. Initially the stock surged from its offering price of $38 to a peak of $45, but then quickly took a nosedive and had to be salvaged by Facebook’s IPO underwriters to prevent it from dropping under $38 on its first day.

That salvage operation only worked temporary, as on the second day of trading the stock further plummeted to £34, then £31 the next day, and so on until it hit bottom at around $20 a share in August:

Since then Facebook shares have stabilised and even managed a decent growth, having found a stable price at around the $27 mark for the past few months.

Facebook’s developers have not been idle either, and have implemented a range of features and improvements: 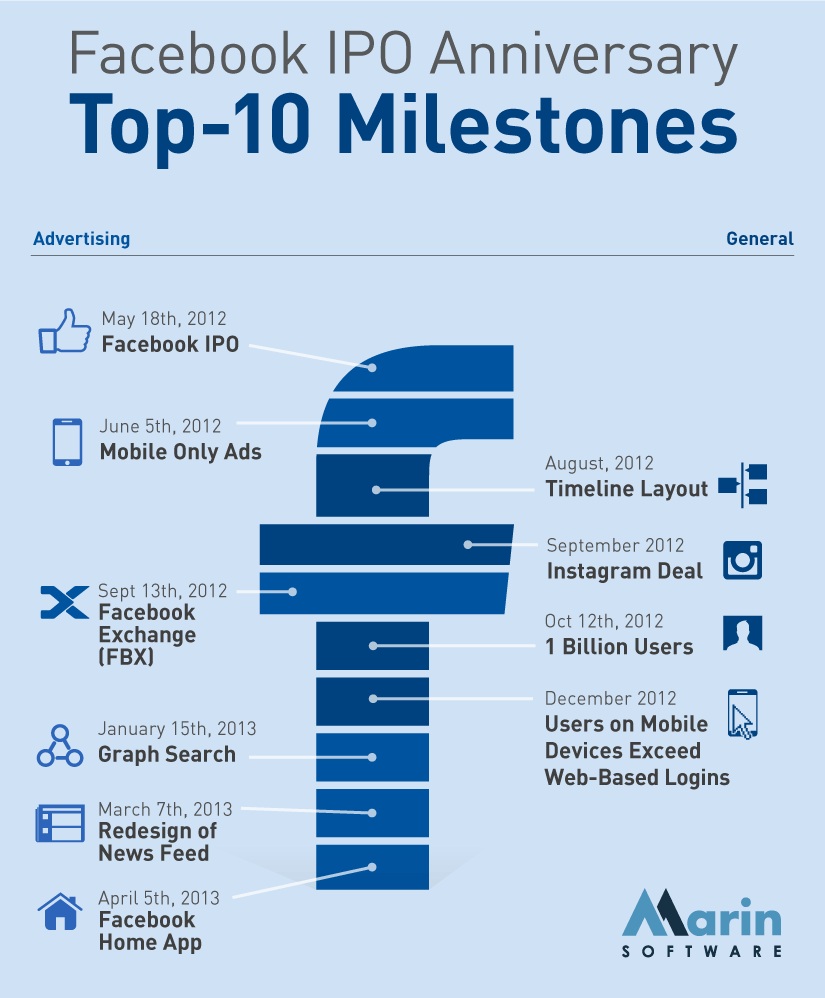 Click for full version
Recent news that Facebook’s member figures are dropping is undoubtedly cause for concern for investors, as it might signal a changing of the guard in the world of social media.

Facebook itself was a successor to previous social media platforms like MySpace, so it’s not inconceivable that Facebook itself will lose traction and become a second rate player at some point in the future.

But you can be sure that Zuckerberg and his army of engineers will do their darnedest to keep Facebook at the top of the social media mountain.