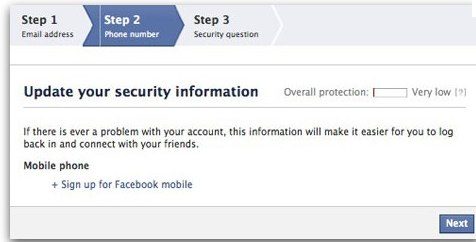 Facebook is now giving away your phone and address number

UPDATE JANUARY 18: FACEBOOK HAS POSTPONED THIS NOW, SEE MORE IN THIS ARTICLE

At first sight it seems a ‘simple slight change’ into the functionalities of what developers can do with Facebook. A step also which would make the lives of both developers and users easier and a step closer to Facebook becoming an authentication tool.

It might even be all those things, but it might also be yet another privacy threat coming from Facebook. The fact is that just before the weekend, on a very strategic moment a new blogpost went live on the Facebook Developer blog which stated that “now making a user’s address and mobile phone number accessible as part of the User Graph object“.

The move might have big implications for privacy matters. Although the information is not a bank a [SlideDeck id=’5301′ width=’100%’ height=’370px’] ccount number, the phone number and address of people is considered to be one of the most private elements, especially on a social networking site. Those who want to do wrong now can do wrong a bit more easy.

So what’s the problem here? Facebook gives insight to developers into a user’s address and mobile phone number. So what? Facebook acknowledges that the information which can be carried is sensitive information. That’s why they “have created the new user_address and user_mobile_phone permissions“. In other words: people can say no.

That may sound safe but is a lot less safe then it really is. It’s the way Facebook handles their privacy issues: they say it’s all right because users can determine for themselves whether or not the information can be shared or not. But then they make it very unfathomable by adding this to the “Request for Permission” dialog which shows up every time you give an application access to your profile. 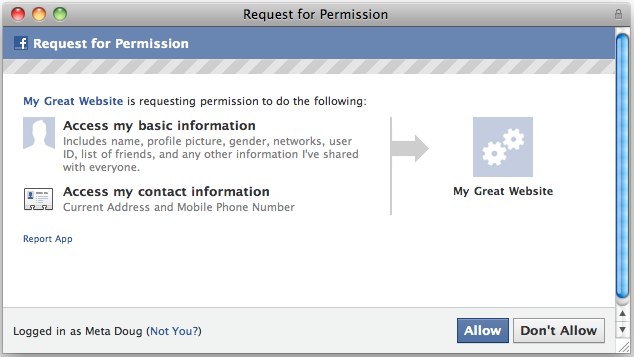 And if you do look at it and decide you don’t like what you see you can hit “Don’t allow” but chances are you can’t use the application like you want to and there sure is no option to only turn of the contact information part. 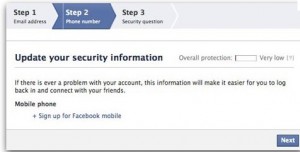 Many users will be giving away their data without actually knowing it here. Another great example of the lousy communication strategy by Facebook. Or is it a smart strategy? It’s just how you look at it I suppose…

Like all popular products (Google and Twitter for example had to deal with that too) Facebook is seeing more and more spam issues. There are many rogue applications that try to connect to users, post spam links to their walls or get users to do (click) things they really shouldn’t be clicking on just to make some money out of it. This move will make Facebook even more interesting for these people.

Is it all bad?

So is Facebook’s new strategy all bad? No it isn’t. Let’s be fair. The more Facebook knows of you (or Google for that matter), the more it can mean to you.

Facebook is getting closer and closer to becoming an Identity Authenticator. You can already sign into many different sites and products by simply allowing it access to your Facebook account. The fact that Facebook can also transfer your contact information might mean you don’t have to type in your address and phone number every time you register somewhere. That is easy. And don’t forget the fact that you can be targeted on a much more personal and local level. That can really mean you will only see relevant ads.

So what’s next? Is this the next step towards banking through Facebook? Will we get personal with Facebook and let it be the carrier of our personal information? We might.

But for starters we will have to go through the discussion on whether or not this is a move we can appreciate or that our privacy is being taken away just a little bit more. It will most probably be discussed extensively on the web in the coming week, but chances also are, because of the way Facebook communicates, that many won’t even notice. And to be honest: that is what worries me most.

UPDATE JANUARY 18: FACEBOOK HAS POSTPONED THIS NOW, SEE MORE IN THIS ARTICLE 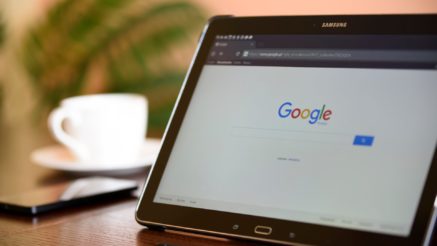