It looks like Facebook has started to roll out a new design for the timeline. The Next Web reports that in New Zealand the first new designs have been spotted and ‘our’ people in that region are also seeing the changes appear in their timelines.

The new design is much more focussed on the left hand side column which has been made larger to get more emphasis on it. The right hand side column is made smaller and ‘fixed’. In the header the boxes which showed images have been replaced by cleaner text boxes. It also seems as if there is less personal information been shown right away.

We received some screens from our people ‘down under’, Paddy Moogan and his girlfriend Ellie Williams, who are currently living there and are already seeing the new timeline.

See the difference between the ‘new’ New Zealand version and the UK versions: 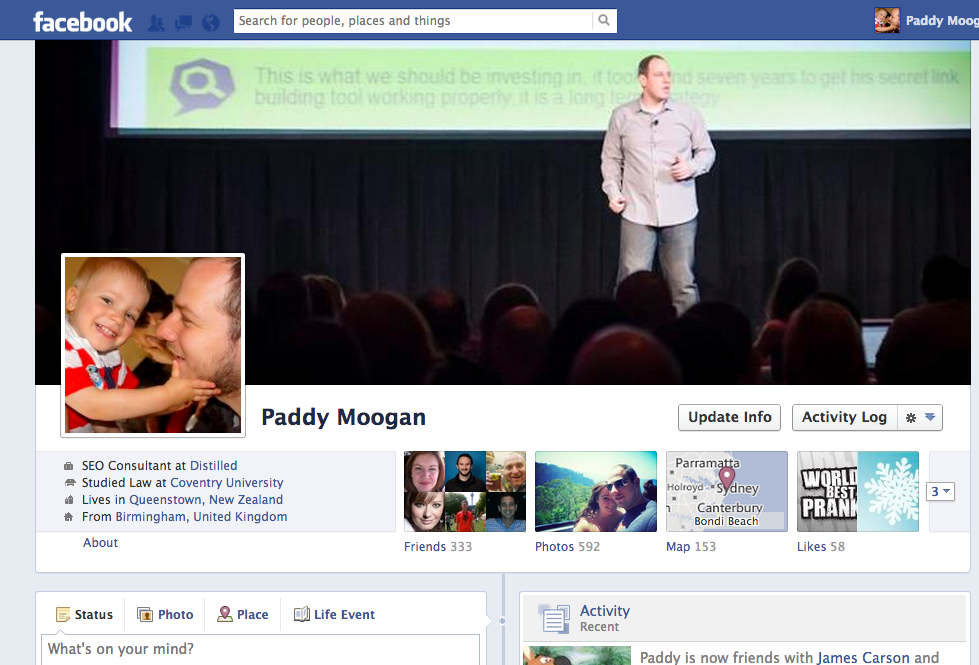 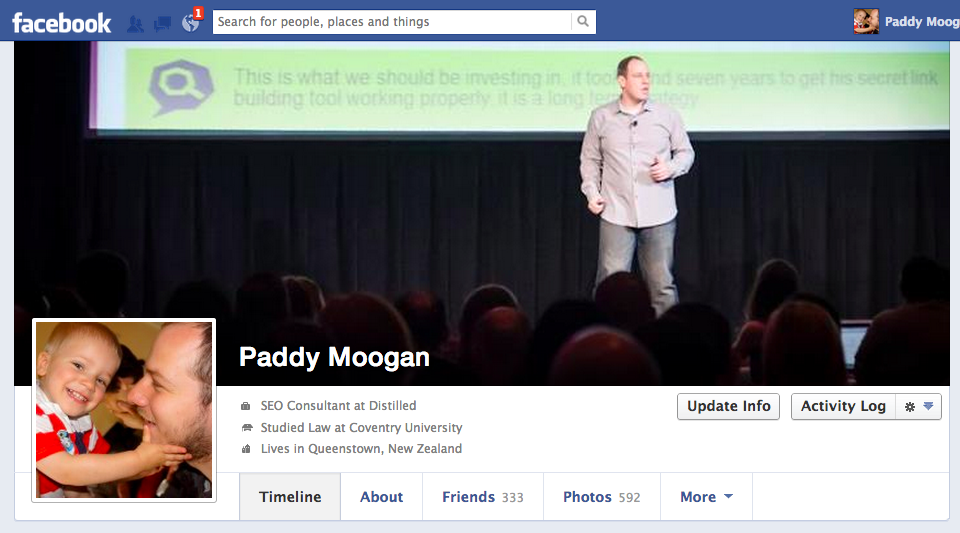 “The change takes away the more visual and interactive aspect of the old/current (for UK) profile page and timeline – meaning the “top deck” of the profile is now much simpler and cleaner. Your preveiws of photos, locations and likes are now found alongside the timeline – where there was once a double sided timeline of updates. The result is – quite frankly – a little lacking in personality, and it’s lucky they brought in the cover photo at the top of the page – otherwise the profile would look a little bare and empty from first viewing. You now have to scroll down well into the person’s timeline to get a grasp on who they are, what they like and where they’ve been.

It’s a little reminiscent of the older profiles from a couple of years ago, with one single column of updates, and a less “interactive” feeling layout. If you’re patient and interested enough to scroll down someone’s profile, until the point there is only the single column left (and the personal information has filtered out on the right) the entire profile page just looks a bit empty and un-inspired compared to the double-sided timeline they’ve now got rid of. The fact the information is only on the left of the screen is also a bit uninspiring – as it doesn’t even fill up you screen – I think the centered approach might have been better.”

See how the left hand side column has been made bigger: 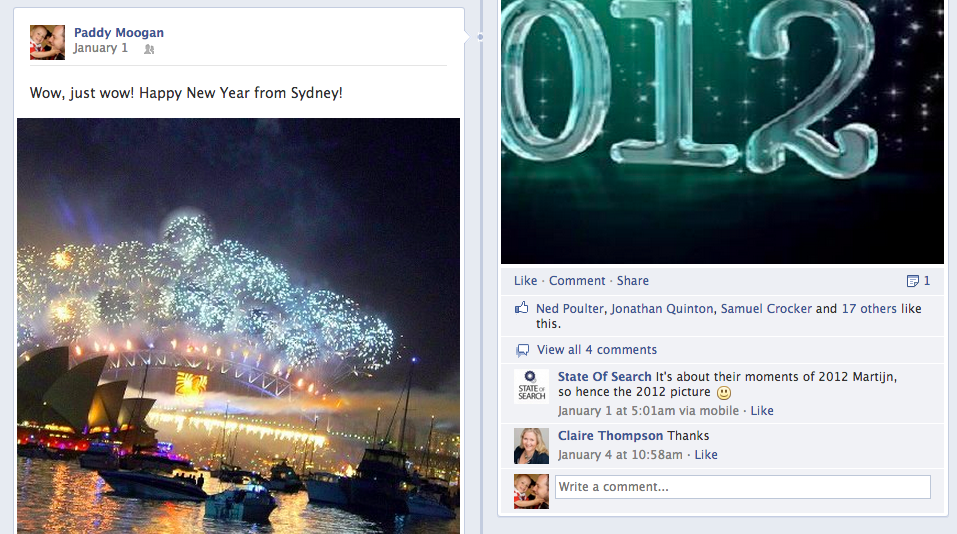 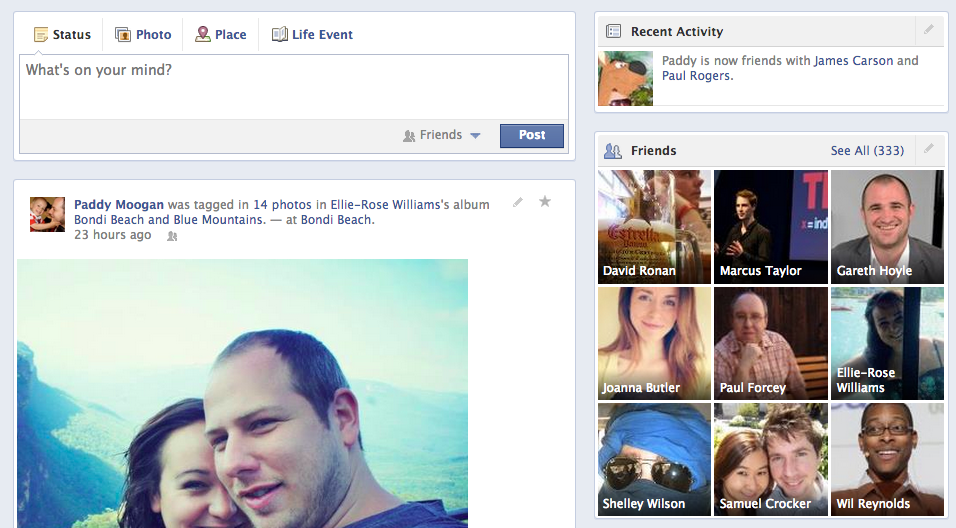 It doesn’t seem like a big update, but it does mean something: a persons profile page is ‘cleaner’, which will make it easier for people to decide if they want to become friends with that person. It also suggests that Facebook recognises that personal profiles are becoming more important all the time and that Facebook is not just for friends, but also for profiling.

But be honest: how often do you actually visit a timeline of one of your friends..?