It wasn’t until I found out that I was expecting my first child towards the end of 2012 that I really started looking at how photos get shared on Facebook. Looking at what my friends and family do was really interesting and it got me thinking about what I will do when the baby is born and whether I would share my photos across my Facebook network.

Earlier this month, Facebook announced their Q1 earnings and engagement statistics. It is reported that Facebook now have 665 million daily active users and 1.1 billion monthly active users. Active mobile users now stand at 751 million, which was a huge jump compared to Q4 2012 which had 680 million users.

Now, those numbers are very significant and they are continuing to rise, meaning that Facebook is easily dominating the social media world.

As good as this is for Facebook, it also brings a lot of potential dangers and threats as the number of users continues to increase. Over the years working in this industry, there have been countless times when Facebook has been under scrutiny for issues with their security settings, sometimes meaning that once private updates and photos may have been accessible by the public community.

Additionally, there is the on-going issue that there are unethical groups and pages being created and left to run without Facebook acting quickly and shutting them down. A previous post that I have written looks into this in more detail.

Going back to the beginning of this post, the reason I started looking into all this was to see how I am going to share photos of our new baby with family and friends.

The more I started looking into this, the more my concerns over Facebook security and privacy began to surface.

In this post, I am going to talk through some of the potential issues that I have seen along the way and also share a few alternative platforms for sharing images online.

Within the main privacy settings you can control the top level of sharing so that this defaults to either Friends or Public. A lot of Facebook users are not even aware of this and the default setting is to share your photos with everyone.

There is a shortcut to this which I have shown in the screenshot below. You can see that in my top level settings I have opted to share future posts with ‘Friends’ 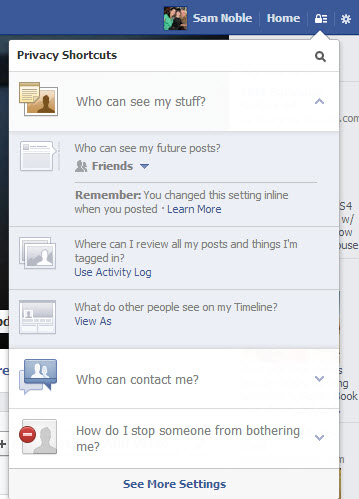 When you create an individual photo album, the settings appear at the bottom of the screen, and gives you the option of sharing your photo album with:

If you choose the Custom option, you can specify people or lists with whom you wish to share an album. This allows you to have a little more control over who sees your images.

On the face of it, this all looks great and people using Facebook would feel secure in knowing that their images will only be seen by the people they have selected, but looking into this in more detail highlighted some fundamental flaws.

I did a few tests to see how controlled the privacy settings on albums actually were and here are my results.

Friends (not friends of friends)

In this test, I change the setting to only allow a certain album to be viewed by friends of mine. The album should not be able to be seen by anyone else other than my friends. Whilst the setting itself worked, my friends still had full control over the photos in the album and they could share them with any of their friends.

See the example below where my friend was able to share the photo with: 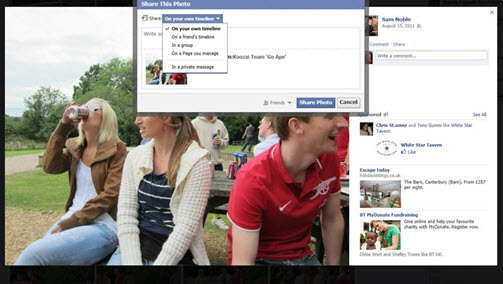 Custom (Sharing album with a group of friends in a list)

Only they could see the album when they came onto my profile page, but they had exactly the same sharing options available as with the previous setting. 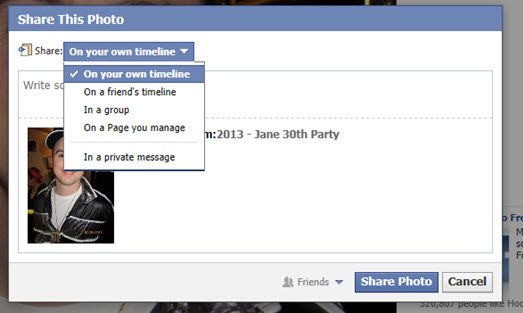 Custom (Sharing album with one specific person only)

The final setting I tried was supposedly the strictest setting where I specified just one person that I wanted to share the album with.

As with the above example, they were the only person who could see the album, BUT the sharing options were still enabled!

In the below screenshot, you can see a photo from the private album being able to be shared by the one person I gave access to this album. So even though I specifically said to Facebook that this album should only be seen by one person, they allow that person to have full access to share my photos with other people, making the setting absolutely pointless. 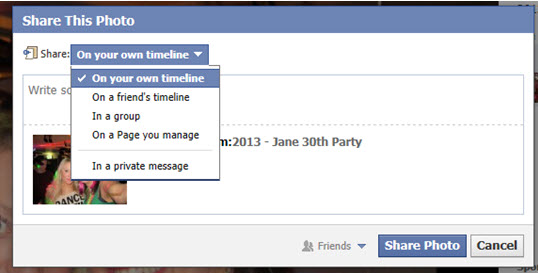 One other thing that I noticed since getting an iPhone was how easy it is to save images from Facebook straight to your phone.

I have only tested this on an iPhone, but when you are looking through friend’s photos on Facebook you can save images to your mobile device at the click of a button. By pressing your finger down on an image, three options will appear (as shown in the screenshot below):

The image below isn’t my image, yet I can easily get hold of the image and save it on my device. 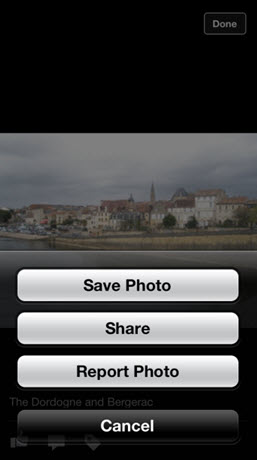 I know there is no stopping anyone getting a screenshot of an image, but this way makes it so easy and the quality of the image is still intact. This is not a flaw within Facebook as it is an iPhone setting, but it is something that I think people should be aware of as ‘friends’ and ‘friends of friends’ can have easy access to your photos.

After all this, I started thinking what other applications there were that could offer an image sharing platform in a more secure environment. That’s not to say that I won’t use Facebook, but it has highlighted to me that they need to look at their privacy settings and make them more secure. If you only want to share your photos with certain people, then this is what should happen.

After doing a bit of research I came across a few different platforms which have been listed below. Please note that I have only tried using one of these platforms in detail which is 23snaps, the others I have come across via recommendations etc.

A friend of mine had come across 23snaps which could be a very good alternative to Facebook for sharing photos with a very limited audience.

I have been playing around with it for a few weeks now and although the interface is a little clunky, it does have a lot of potential. It is a relatively new platform so there is a lot of room for it to be developed and grow into something really good.

When you first visit their site, the initial strapline pretty much sums up what the platform does:

“23snaps is a private photo sharing app designed by parents, for parents.” 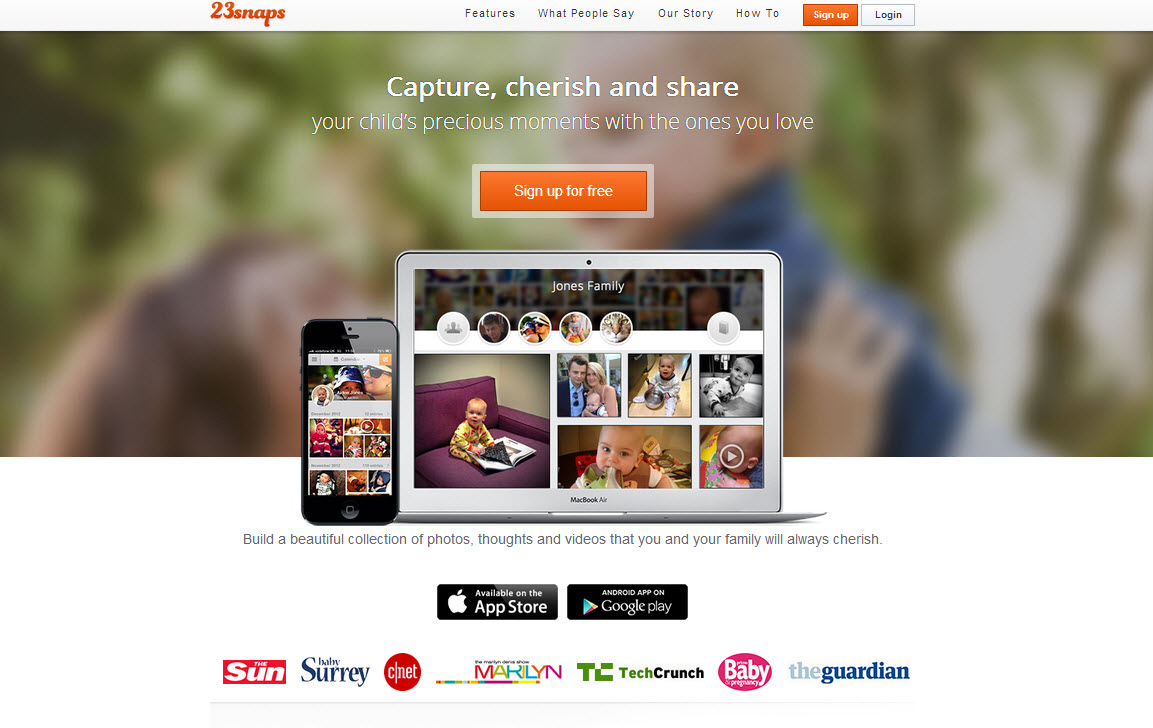 One of the biggest benefits of using a platform like this is you can add admin users to an account, meaning that they can also upload photos to your account. This is ideal for new families as they can all have access to one account and share photos with the rest of the family.

Finally, there is an app available from the App Store which makes uploading and sharing images really easy to do straight from your phone. Download it here.

This also seems to be a good platform, but is designed for sharing all types of photos from holidays to weddings. As with most of these Facebook alternatives, they have a big play on the fact that there are no privacy settings to miss, so it is a secure way of sharing images. 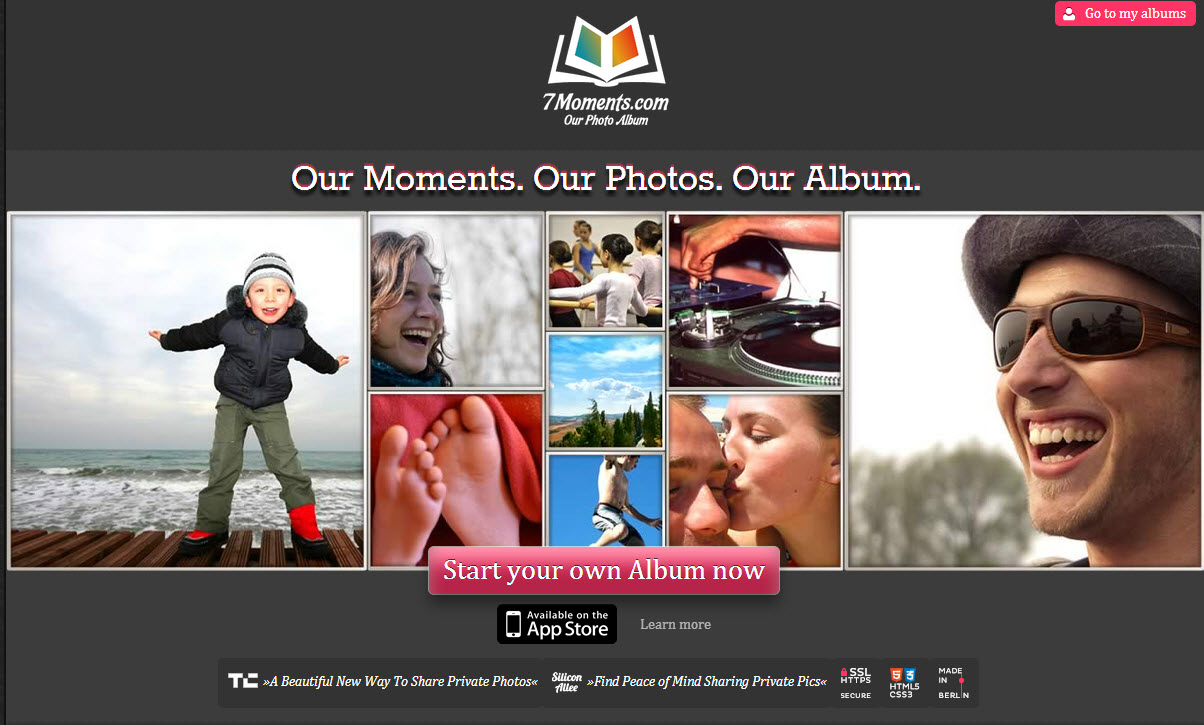 As with the other sites, there is also an app available for your phone which you can download here.

Another free to use platform is DropShots which has been featured and recommended by Forbes.com. There are a lot of good reviews about this site.

When you create an album you are given a URL and password to share with your friends and family, keeping it secure. 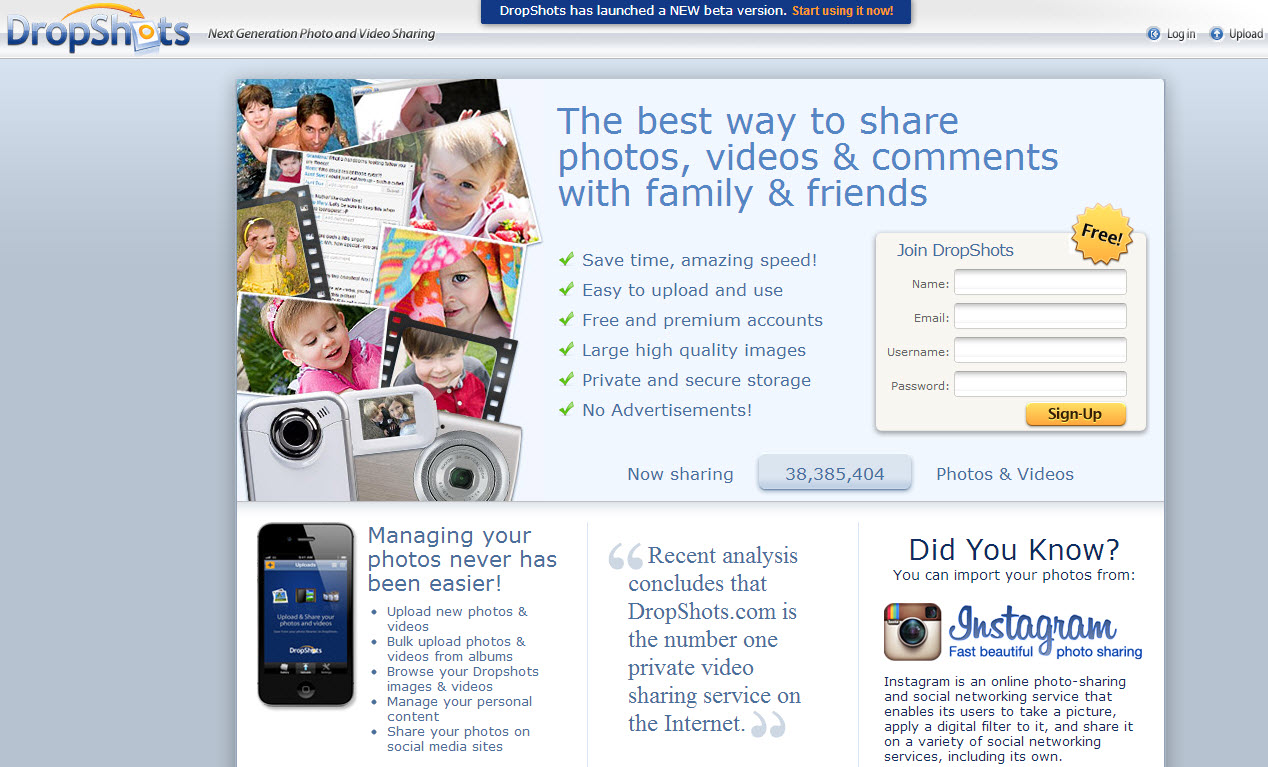 This is a slightly different alternative to the other platforms I have highlighted. Rather than just uploading images, you can create a private website where you can share images, updates, blog posts, messages, videos and more. This could be a really nice idea if you want to share experiences with family around the world. 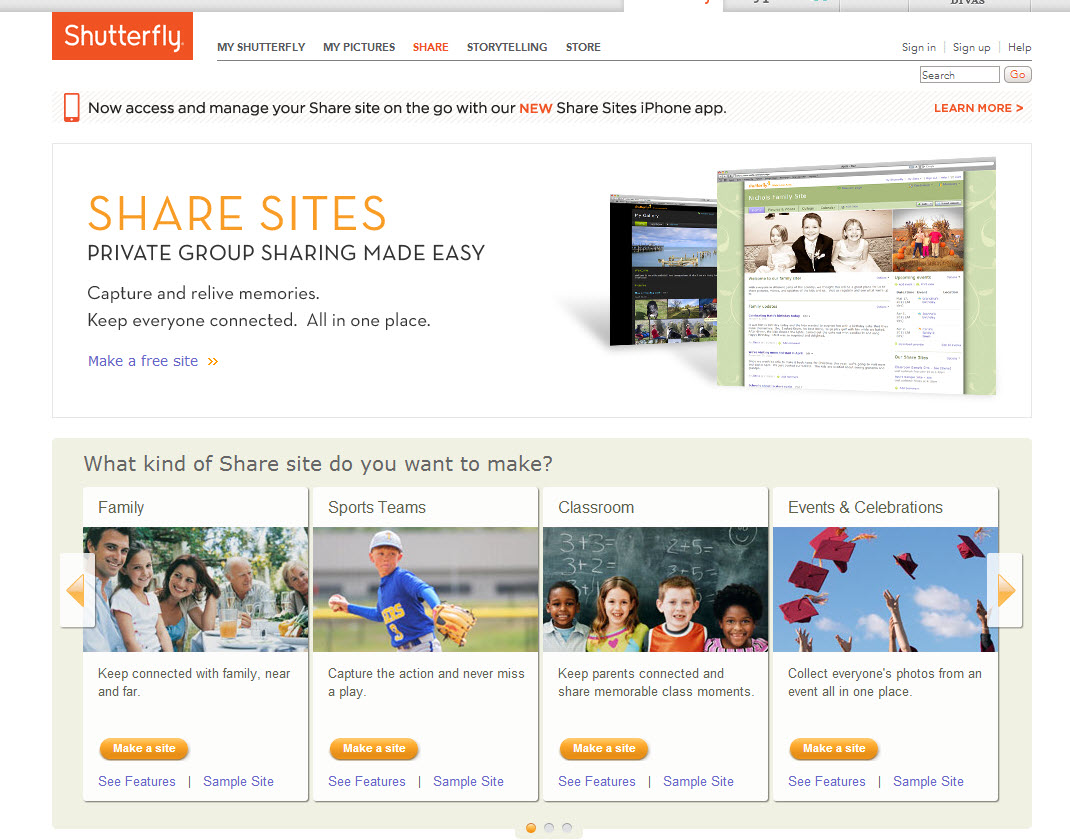 There doesn’t appear to be an app available for a phone, so all uploading would need to be done via your computer.

I would be really interested to know what your experiences have been with sharing photos online. If you could take one minute to complete this quick survey, I will share the findings in a future post: