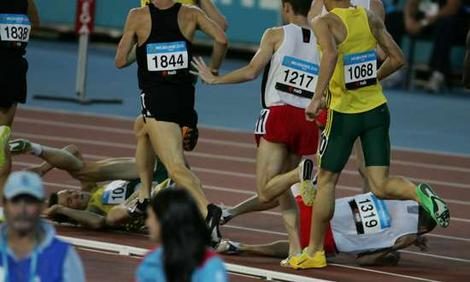 The Case of the Failed Competition (Which has a winner)

At State of Search we take pride in being the place to be when it comes to events in the search industry. We believe that there is no other website which brings you this much valuable information around events as we do.

With the events comes the promotion of these events and the possibility to send readers there for free. Always nice for our readers! Now there are many ways of sending people to a conference for free. We’ve had the “Retweet contests” and at the last A4U we had a really successful one in which we challenged SEOs to rank on a specific keyword. This time with A4U we thought we’d try something different: a blogging contest.

But as it turns out we have to come clear: this contest failed. Big time. Even though we have a winner :).

What happened? (Or better: what didn’t happen)

When we thought of this conference and the ticket-give-away we didn’t want to do a simple ‘retweet’ contest in which we pick a winner. Yes, it gets you some followers and maybe a little bit of attention, but we thought getting people to actually ‘work’ for their ticket might work better. It would get the right attention, it would mean someone who won it actually earned it and it might lead to us having a great blogger at the end of it.

But the contest didn’t succeed, as mentioned above. The number of entries was to0 low. Way t0o low: one.

Ouch, only one? Yes, only one. Way too little off course to call it an actual contest. Where did we go wrong here?

The big question now was: what to do? Do we make the person who entered automatically a winner? Should we say nothing and let is pass? Should we try again, do something different? At first we didn’t know what to do. We have discussed it a lot and in the end made a decision we believe is the best one to take.

Here it is, we’ve decided: the one person who made the effort to enter should be the winner. As someone said at the A4U organization: ‘if you dont buy a ticket, then you won’t win the raffle‘.

And that means that Gillian Cook wins this competition. Well deserved as well I might add, she did more than buying a raffle, she really made the effort! She goes to the event blogging for State of Search. Her winning post will be up on State of Search this week and she can travel to Barcelona next week. So congratulations to Gillian!

So the competition failed. But why? Maybe we can learn some lessons from this one. Some potential reasons for why this competition did not bring what we hoped it would bring, and some possible solutions with that.

The event for which this competition was intended takes place in Barcelona next week. It is a great event, with great speakers, so that is not the issue, we know that from past experiences with the conference. But there is one thing about the conference which might make it more difficult: the distance. The prize was a ticket to the event and a hotel room, not a plane ticket. That might have held people back.

Possible solution: pay for a plane ticket (but we will need a sponsor for that)

We promoted the competition a little, through Facebook and Twitter. Maybe that didn’t catch on enough, even though we tried it several times. Should we have tried harder?

Possible solution: make it more visible in social media and have others help sharing

Visibility on the site

We are in the middle of our redesign, which means that the site looks different from before. This means it could be the case that people didn’t notice the competition well enough on the site?

Possible solution: create a special banner on the site

Possible solution: change the type of contest to one which fits the target audience.

Other reasons and ideas?

I still believe doing a contest similar to this one or like the one last year makes more sense than just giving away a ticket through retweets. People who should win should really earn it and should be the right audience. But we need to find the best way to do this.

So we are opening up the comments below for your input.

Can you think of other reasons why this particular contest did not come of the ground? Help us out! Tell us what we should do better next time and what would trigger you to compete in a competition for a ticket to a conference. That way next time we might be doing something which is right up your alley :).