Speak to anyone in our industry and, at some point, chances are that they’ve been held back by The Fear. Not real fear. Not in the way that a firefighter running into a burning building for the first time would feel, or a fisherman in a storm, or an ice road trucker, or this guy. But it’s still fear.

Fear of your latest blog post making you sound ridiculous.

Fear of getting up on stage and looking stupid.

Fear that you’ll lose all of your clients and the world will end.

None of this is real, but working in an industry that has the (ridiculous) concept of celebrity and puts you in a position where whatever you do is being seen by the world makes it feel like a reality. At times clients put us under immense pressure to pull the proverbial rabbit out of a hat; to make “a viral” or find revenue where there simply isn’t any. At others we put the same pressure on ourselves – especially idiots like me who have decided it’s a good idea to want to write blog posts and get up on stage to share knowledge.

Either way we’re putting ourselves out there and opening up the chance of failure.

This week I was lucky enough to speak at SearchLove. It wasn’t the first time I’ve been on stage, and certainly wasn’t the first time that I’ve felt pressure, but this was different. The level of speaker at that conference is off the scale and it’s the only one I’ve consistently paid to attend over the years. I also have huge respect for distilled, class many of the people that work there as friends, and had numerous people in the audience – purely from a selfish point of view – that I wanted to impress. 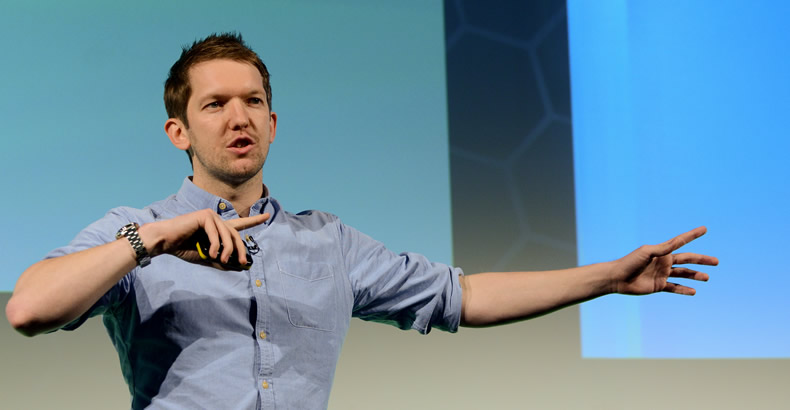 But we all feel like that at times, right? If you’re spending a precious spare few minutes reading blog posts instead of playing Fantasy Football or Clash of Clans then chances are that you’re reasonably driven to succeed. To do better. To be better. If that’s the case then, whether you know it or not, The Fear is part of what you do. It’s what drives and pushes you to iterate and improve by reading and learning, watching and listening, so that there’s just a slightly smaller chance of failure.

But what if there are times when you can’t?

Admittedly this conversation was after far too many glasses of wine, but while chatting with a great friend she told me that there are times when she’s “crippled by an overriding feeling of self doubt”. Crippled.

This wasn’t a word used lightly and without truth; it was a genuine description of day-to-day life working in an agency. What followed was an explanation of the support network that sits around her and helps those moments to blend into the past. Which is where my inspiration to write this post appeared – a bleary eyed, exhausted, and half-cut ‘good idea’ to tell everyone that they’re not alone.

As I write that line The Fear kicks in and tells me that I sound ridiculous.

Earlier this year Rand wrote a post about depression. I’m not comparing my thoughts here to what he’s been through, but there’s a really important line where he talks about feeling ashamed. I think that’s where technology, as an industry, sometimes fall down.

Because what we do is often so public, because there’s so much sharing, and because there are two sides of the coin with the eternal, and nonsensical, ‘Black Hat’ vs. ‘White Hat’ debate, we’re always trying to impress someone. When we fail, and at some point we all do, we feel ashamed.

So, how do we fight?

There’s something deep inside my personality that causes me to over-analyse, but I also look for the positives in absolutely everything. And that’s where this long-winded monologue about quietly shitting myself half of the time nears its close.

The first thing to say is that we can’t take ourselves too seriously. What we do feels like it’s important but we should never make ourselves feel over important; if a campaign fails or a blog post goes wrong it isn’t the end of the world – it’s an opportunity to learn.

Secondly, you have to stand up and be counted. Confronting the things that frighten you is the only way to overcome them, and often comes with hidden benefits. For me, as a closet introvert, getting up on stage has been a great way of making sure I don’t need to initiate conversation at networking events.

Finally, I implore you to build up a support network. I’m lucky enough to be part of a group that helps and supports its members when required, ridicules as much as it can, and gives everyone the opportunity to get advice and talk about successes or failures. Kind of like a comfort blanket that hurls random abuse every now and again.

Don’t fight The Fear. Embrace it.

Matt Beswick
Matt is the co-founder of Aira - a UK based agency offering SEO and Social Media campaigns to businesses of all shapes and sizes. He started his digital marketing life with Hidden Pixel making Facebook games, is also a dog lover, self confessed geek, and loves motorsport.
Find out more about Matt