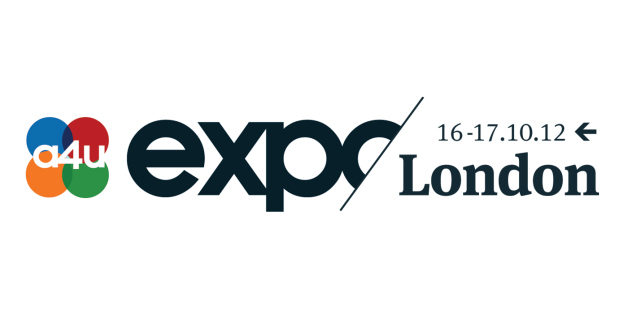 For Blogs Sake – Don’t You Know I Add Value?

The second day at A4U Expo in London was kicked off by Edwyn McFarlane, Head Of Publisher Services for Affiliate Window. The talk started by Edwyn stating that “a man is best known by the companion that he keeps”, where he showed a number of the networks and clients that he’s worked with, he hoped that this introduced that “he kind of know’s what he’s talking about”…

The talk was set up to focus on ‘premium bloggers‘, which can be defined as those that produce high quality editorial content and wished to explore:

Too often affiliate managers and performance marketers don’t actually consider investment over and above their commission rates; which they will always argue are competitive, or the best available. Such as investment in high quality editorial content and the potential influence of this.

Affiliate/performance marketers can measure a high amount of things and this underlines their approach to much of their work, but they can’t [or don’t] measure influence.

The traditional sales funnel looks at the typical digital mechanics and tools that we have at our disposal when approaching digital marketing: 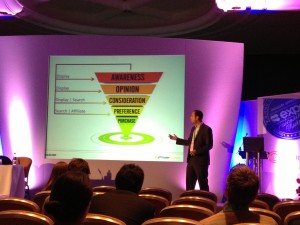 This could potentially be revised to include the level of influence that affiliate marketing may have in support of other mechanics throughout the process, such as shown below: 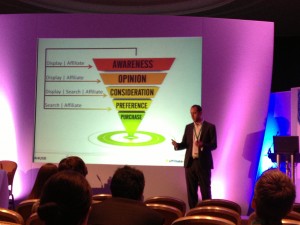 Affiliates aren’t just the best people for understanding and driving conversions. An example from a DIY seller on Affiliate Window, affiliate marketing was contributing to all levels of the customer decision process. Edwyn spoke of a recent example he had in his personal life when moving into a new flat his doorknob was broken, not being so handy at DIY he set about Googling this and realised that all of the options available were confusing him – there was too much clutter. The Modknobs image (below) stood out in image search however was actually from a site called Materialicious. 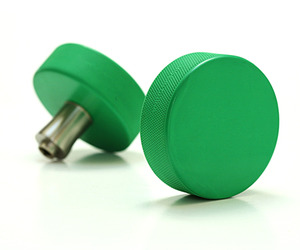 This caught his eye, so he revisited Google to check for Modknobs, then went to their website and purchased it. At no point was Materialicious attributed toward or rewarded for this purchase.

The sales funnel – “if everything is based on clicks, are you seeing the whole picture?”

To test this theory and to attempt to “monitor how many sales are influenced by a premium blogger”, a case study was set up using Aiguamedia – identified as the premium blogger in this instance, a self-claimed ‘MEGAzine’ with a number of sites, every one of which are editorially based.

By focussing on postview tracking (a method that tracks conversions that occur after interacting, leaving then revisiting via affiliate marketing channels) we can aim to gauge how well editorial content from premium bloggers influence purchases.

The summary of findings can be shown by Affiliate Window’s programme make up, comparing the 2012 makeup (left, below) and scaling up the potential influence of premium bloggers in this make up (right, below) more people could have been influenced far earlier in the sales funnel from a variety of editorial content. As yourself: should you be considering premium editorial content as a larger part of your programme make up? 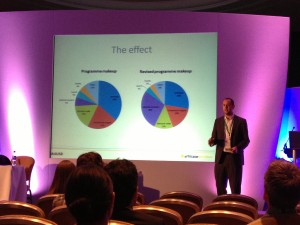 Easy Ways for Digital Marketers to Supplement Their Income

Gordon Campbell
This post from Gordon Campbell looks at ways that marketers have used their digital marketing knowledge and experience to make...
Read More 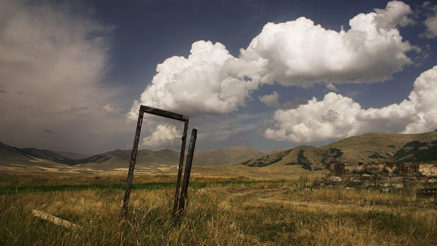 Google’s not so Phantom Update

Anthony Shapley
Anthony Shapley explores the reasons nearly all of the largest voucher websites have seen a decline in traffic after an...
Read More
Join our 9,000+ Subscribers
Receive daily, weekly or monthly updates on our latest content