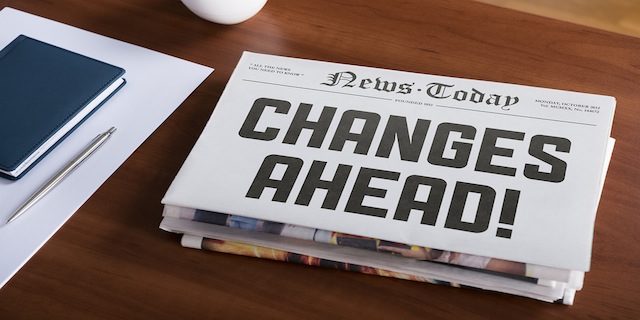 I’m loathe to add to the mountains of hasty analyses of the Second Coming of the Penguin, so I’m keen to stress that this is not a ‘how to recover’ article.

Yet, whilst the SEO industry is writhing in the throes of Penguin 2.0, it’s worth looking at the type of activity that Google actually wants online brands to engage in.

A piece in the New York Observer, entitled “Journalists Take Refuge in the World of Branded Content”, outlines an emerging field for professional writers to explore: sponsored content written specifically for brands, intended for audience engagement and brand storytelling.

Instead of having sponsored stories published on existing platforms, many major brands are creating their own content channels and filling it with high quality material aimed at attracting the brands’ target audience.

“The new content model represents a shift in the way publishing has usually worked. Rather than pay a media middleman for eyeballs, brands including Tory Burch, Coca-Cola and Gilt Groupe are learning to attract them all on their own. “Instead of paying money to rent an audience, they can own their own audience,” said John Hazard, director of community for Contently, a company closely tethered to the branded content explosion.”

One example mentioned in the article is The Adrenalist, an online magazine for adrenaline-junkies with articles about adventure and extreme sports. The site is owned by Unilever and is intended as a promotional channel for its Degree brand of men’s deodorant. In a similar vein, Red Bull has been publishing its Red Bulletin magazine for years, both in print and online.

This approach is not dissimilar to brands sponsoring newspaper sections, a revenue stream smaller newspapers are eager to capitalise on (the Belfast Telegraph’s ‘Boosting Business‘ subsection is sponsored by Invest NI under its NI Business Info brand, and previously the paper’s entire business section was sponsored by the Ulster Bank).

Other examples of quality content published under a non-publishing company’s brand are in-flight magazines – stalwarts of commercially incentivised writing for many years – as well as journalistic writing that is sensitive to the advertisers featured in the publication – a more or less unspoken rule of journalism for many years.

From there, it’s a small leap to a fully brand-owned publication platform. Brand-owned media are nothing new, of course. Sponsored television has a long and profitable history, from the earliest soap operas to the current state where nearly all commercial TV shows are in some way affiliated with or even invented by consumer brands. And nowadays brand-owned television channels are commonplace.

For online journalism to move in a similar direction makes perfect sense. Instead of having to try and grab a slice of an existing publication’s audience, a brand can create its own content channels aimed at precisely the audience it wants to target, using engaging content to draw and keep consumers.

And in this endeavour, Google is lending a helping hand.

By its own admission, Google favours brands. On top of this, Google is cracking down on sponsored content published on established platforms; the recent Interflora kerfuffle was probably due to overexcited use of sponsored stories on regional newspapers, and the Google hammer now also seems to be coming down on commercial links in guest posts.

That leaves precious little channels for brands to explore through content marketing, save for the obvious one: creating your own content platform and filling it with exactly the type of content your audience would want to read.

The problem with this approach is obvious: it will take massive marketing investment to build the brand-owned platform’s audience. Classic advertising channels will reap the rewards as brands need extensive advertising campaigns to build awareness and traffic for their own content platforms. (And all know that Google has a substantial stake in the online advertising market.)

That necessity for  big budget advertising once again leaves the smaller companies who lack the resources for those types of endeavours out in the cold.

It’s a winner-takes-all world, and the winners are determined almost entirely by the Matthew Effect.

Marijana Kostelac
Use these simple, yet effective tips to build checklists, templates, and automations that will make your content production easier.
Read More
Join our 9,000+ Subscribers
Receive daily, weekly or monthly updates on our latest content