How time flies. April is gone as well – and still, there is no summer in sight. But at least there’s no more snow over here in Germany.

Content-wise it felt a little lower in April, this might be due to vacation or just because everyone is busy visiting conferences such as the SMX series which took place twice (Sydney and Munich). But nevertheless – I of course did collect the best pieces for “Germany Search” edition 04-2013 here on State of Search:

As mentioned above, April was mainly dominated by two pretty big editions of SMX – one in Munich, Germany (~900 attendees) and the other one in Sydney, Australia.

SMX Munich was a two-day conference and prior to that there was another day with various workshops around SEO, SEA as well as Analytics. For the first time since SMX kicked off in German I could not be part of the show – and because of that I have to finish this one with some nice re-caps over at t3n and seonauten.com rather than providing my own impressions. I on the other hand was lucky enough to do SMX Sydney which was an awesome event! Same as Munich; a two-day conference plus an additional training day (if you’re interested – here are the slides).

To keep on with good traditions there are surely some quick news worth mentioning: During SMX Munich, the guys from onpage.org did release their newest addition called author-rank.org (which is currently in BETA but seems to work just fine; here is a quick feature overview).

Searchmetrics, known for their amazing Essentials Toolset as well as their Enterprise Suite, re-did their pricing model. Here’s an overview of the changes.

And this one is probably my favorite read in terms of tools (and it’s not a tool release!): Johannes did a pretty awesome job in figuring out how to run ScreamingFrog SEO Spider within the Amazon Cloud EC2. And yes, that means you can allocate up to 70 Gigabytes of memory for a large crawl. Go check it out!

And last but not least: If you interested in a quick comparison of link databases, here are some up to date numbers for your reference.

Searchmetrics did create an extensive paper (which can be found here) covering all the various Google Universal results. Some of the key-takeaways are: Image integrations are slightly up, Shopping is massively decreasing since mid of 2012 and News have actually doubled. Make sure you grab the full read over at their blog!

It was actually in March already when Matthias stated a series of blog posts called “Big Data in SEO” – up till now there are seven posts online – all of them can be found here. If you have a bit of time to spare, go read them!

If you dealing with multi-lingual SEO scenarios you might want to read this post – it’s an in depth coverage on how to properly use the hreflang-attribute.

Christoph seems to be not amused about the current state of SEO agencies (and their quality of work) in Germany. Here is a bit of a rant (with some valid points, to be fair!) definitely worth a read. And yes, I agree: The average web design agency is probably not the right one to do your SEO.

And to wrap things up: Mid of April, Searchmetrics released another analysis – this time comparing growth rate of Google+ and Facebook and well as their influence on SEO. Have fun! 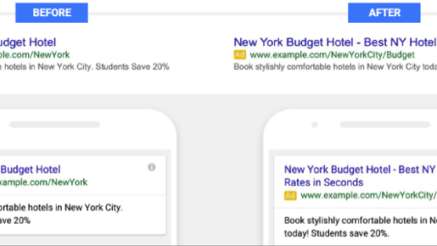 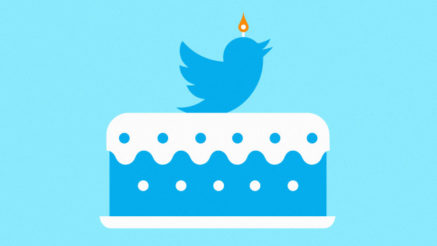 Bas van den Beld
It is Twitter's 10th birthday. What has Twitter brought us in the last decade? A lot. Let's evaluate.
Read More
Join our 9,000+ Subscribers
Receive daily, weekly or monthly updates on our latest content