Getting Started with Visual Search

What is Visual Search?

Technology defines the market, and new technologies are at the forefront of the marketplace, even if they’re still experimental in many ways. After all, nothing accelerates technological development like competition, and there are few areas more competitive than sales.

That in mind, the big upcoming changes, alongside Augmented-Virtual-Mixed Reality tech, voice search, and broad strokes of weak-form AI, it’s time to look at Visual Search, one of the up-and-coming marvels that’s set to redefine a busy industry.

If you’ve encountered it already, there’s a strong chance it may have been through something like Google Goggles, an app launched in October 2010 and largely abandoned in August 2012. It allows the user to take pictures of objects, locations, and text, and have their device attempt to search by features included in the image.

Goggles didn’t go very far, and the iOS version was removed in 2014 due to lack of interest. If that was the beginning and end of your experience with the technology, you might be fooled into thinking it’s a fading science, replaced by the current wave of talkative AIs like Alexa or the much more mesmerising Augmented/Mixed Reality options.

But it’s actually the growing momentum of AR/VR that’s likely to prompt further progress in Visual Search. They’re both forms of technology that can take in the world around us, find similar images and data, and append it to our own interactions. It’s time to start making preparations in your eCommerce business to ensure you’re ready for a revived wave of interest in it.

How Visual Search can help your business

The core contribution of Visual Search to eCommerce companies is that it can turn a customer’s interest in an item into a conversion.

For example, the customer sees someone in the street wearing your brand’s shoes that they take a liking to. They take a picture, and then upload it to your Visual Search platform, and within seconds, they’re on a page where they can buy the same shoes for themselves. They could be buying a product almost instantly after seeing and liking it.

Even if the shoes aren’t from your company, it still presents an opportunity. Because Visual Search identifies features in the process of trying to identify the item, this can be used to present the customer with similar alternatives.

If they upload a picture of red shoes, your platform could present them with red shoes available from your site, even if they’re not an exact match. It’s a way to get people viewing options, viewing your site, and ultimately, taking their general interest in red shoes and turning it into your conversion.

Likewise, you can cross-sell your own products. If you no longer offer a certain item, or if it’s out of stock – or perhaps if you’re trying to offer a higher value item – by showing similar styles to that which was searched for, you can offer the customer a selection matching their search theme.

Visual Search sounds like an excellent way in principle, but you might think slow-moving, larger eCommerce businesses would be wary of adopting it after looking at the failures of Goggles. However, although that’s one of the most widely-publicised examples, there are others where it was – and is still – much more successful.

The most prominent among them is Amazon. In 2011, Amazon, through its subsidiary A9, released an app named Flow, which allows users to search by item (or barcode) to find products on Amazon, Zappos, Endless, and several other retail sites in the manner described above. The latest version of Flow, Flow 2.0, also allows for text recognition in order to maximise opportunities for the app to grab data and direct the user to pages where they’re likely to make a sale.

Given Amazon is the world’s top eCommerce site, this is a solid means of securing their top position, and it can be expected that as virtual and augmented reality take over, the app will be further integrated into their core offerings.

Something else to bear in mind is that 69% of Generation Z (sometimes the “Post-Millennials”, or the “iGeneration”) is interested in purchasing directly through social media.

This is great for Facebook’s ongoing efforts to integrate shopping directly into the site through their work with Shopify – and just think how a passive visual search platform will tie in with adverts. You see your friends’ pictures in certain outfits, and directly below, you find purchase options for each item of their clothing, or for their tech. Maybe even more abstract options, like artwork of landmarks in the image.

Staying in the lines of social media, (semi-)social image-sharing site Pinterest launched a Visual Search system in 2015 to allow their users to not only search by the pictures they have in front of them, but pick out specific parts of those images and find related images. Should Pinterest promote advertisements to a greater level, this could be a great way to take people from something they’re interested in directly to a product page – without users even noticing a disconnect in their journey.

The other major drivers of the Visual Search market are the tech-dedicated Slyce team. Pushing their platform rather than integrating it with any existing Slyce eCommerce system, they have contributed to several brands’ adoptions of the tech, including Tommy Hilfiger, Neiman Marcus, and Urban Outfitters.

For Urban Outfitters, it was a version of the software which could identify 2D images from adverts and catalogues, “[removing] search hurdles and [engaging] customers”, in Slyce’s words.

And for Neiman Marcus, it’s a 3D approach, allowing users to capture items they see in the street, which has the added benefit of keeping the customer’s mind on the brand, as they’re more likely to be on the lookout for items they could buy for themselves.

The tech Slyce produced for Tommy Hilfiger was a combination of the two, offering both 2D and 3D options, but with a targeted goal: an event tie-in. Users would download the app prior to the event, and could use it to identify and buy the clothing shown both on the event posters and spotted on the runway. It was a great way to build hype for the event, as well as make it easy for those already engaged with the industry and the brand to convert that engagement into purchases.

How you can get to grips with Visual Search

Visual Search is an emerging technology. It’s still risky to rely on it for your core strategy, but in terms of adding to your portfolio and getting ahead of the wave, it’s something well worth looking into.

As time goes by, it’s likely that it’ll be a prominent part of Facebook’s advertising and Marketplace systems, and integrating your catalogue with the social media frontrunner is unlikely to be a bad option to begin with. Certainly, it’s a low-risk way to get involved with one of the tech’s upcoming hubs, as chances are that the advertisements will boost your conversions and brand awareness even without relying on the development of Visual Search.

The same applies to Pinterest. Ensuring your product is well-visualised and positioned somewhere on the image-sharing platform means that users are more likely to come across it. And while it’s not a clearly-monetised platform for eCommerce businesses, it can still be a way to increase your visibility for little or no cost, while reaching your target audience through their searches.

If you’re keen to get stuck in fully, however, Slyce (and companies like them) are a good place to start. As they’ve already displayed with the major retail brands already mentioned, they’re capable of building to your needs, and it’ll take less research and build time than starting from scratch yourself. 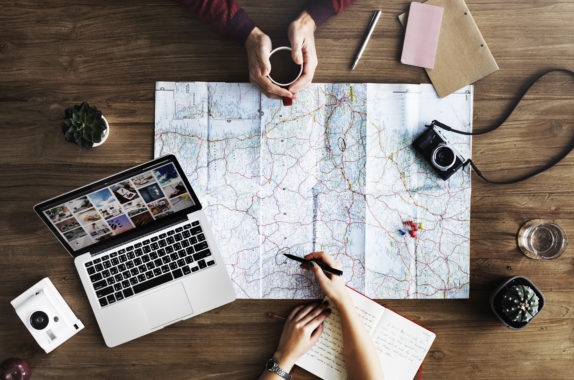 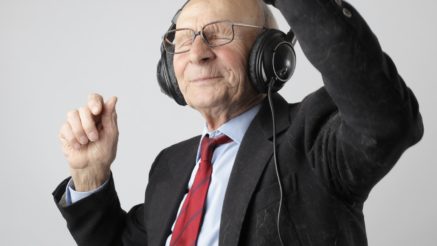 Rebecca Lee
PR has traditionally been a discipline focused on raising brand awareness and reach, based on a model of measuring Advertising...
Read More
Join our 9,000+ Subscribers
Receive daily, weekly or monthly updates on our latest content