The Gmail Golden Triangle Mystery, I Love The Internet

You’ve got to love the Internet. Before the web, when you saw something strange, you had to wait until you saw someone before you could talk about it. Now if you spot something, you can jump online and start chatting about it with basically anyone who is also online. Spotted an UFO? There’s friends out there!

This week there is another one of those ‘sightings’ happening. It’s about a Google result. An odd one so it seems: the mystery of the Golden Triangle. 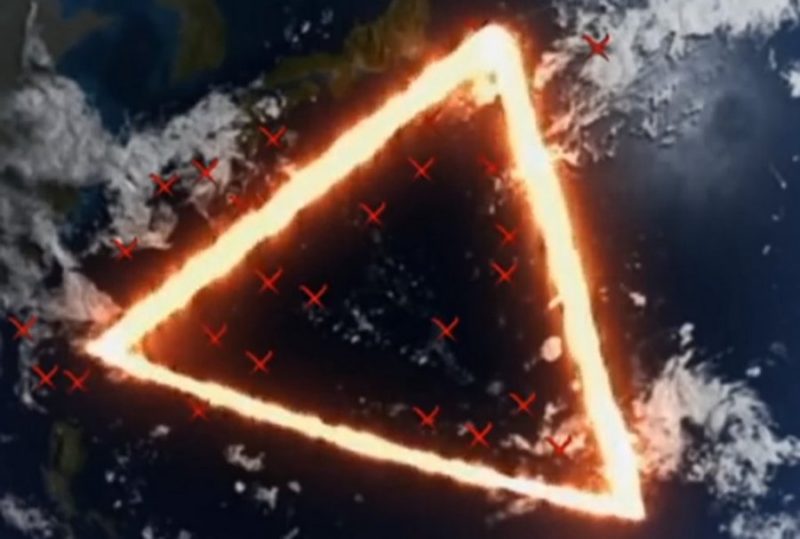 There are several people who noticed a strange result when searching for Gmail. Normally you would expect to see a result like this (which most people do):

However, in these cases, the result looks like this:

What is going on here? Why does this happen? For me, this is where the fun starts, because this is where SEO’s, from all levels, start coming up with reasons of why this may happen. These reasons vary a lot. From reasonable to way out there.

Let me take you through some of the theories I ran into online. First of all let me make one thing very clear: I truly appreciate every opinion everyone has. And I don’t have the answer myself. I just find a lot of joy reading through them because I love the debate, I do not want to mock people, I just want you to enjoy it as well.

The “Google is screwing with us Theory”: It’s an Easter Egg

Google is known for it’s Easter Eggs. Back in the day of State of Search we had Michel Wester writing for us and he could find any Easter Egg out there. He even made an overview of those we saw in 2012 and we started an overview page (we should really update that one!).

This could potentially be another one. Is Google playing a game with us? Will we soon learn it was all a joke? Who knows… Wouldn’t be the first time!

The “It’s the Google Alphabet Theory”

As you may have noticed Google made some business changes this week. They now are part of a holding called “Alphabet”. Some people suggested it had something to do with that. Maybe it was a hint at what was coming. An event maybe? Or has Google found a way of making even more money with a Triangle..?

The “It’s a UX thing Theory”: How readers look

I’ve used this screenshot below in many of my training sessions before. It’s a screenshot of an eye tracking study done by Google years ago. The study shows how people tended to look at Google results. 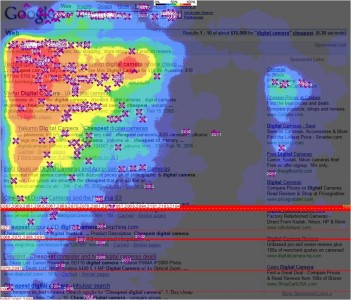 As you can see, the red part looks like a triangle. This is where most people were drawn. It’s an interesting study to look at (though outdated), but it doesn’t give the answer to why this would be in the title of a Gmail result.

Another great theory is this one. Google Maps has a listing with the title “The Golden Triangle” because, well it’s a place! So maybe the title was misplaced?

Or was it maybe a reference to China, an area where heroine comes from..?

This one I love the most. As if Dan Brown himself was involved. This is not just Google, this is the Illuminati playing with our brains. They are coming for us! Seriously? Ok… Maybe I can mock that one?

Maybe this is a video for them:

The “SEO Theory”: it’s picked from other sources

Luckily not all theories are ‘way out there’. The actual “SEO theory” is that Google’s machines simply did something to themselves which they often do to others: it auto replaced the title because it couldn’t determine the title from the page itself.

In it’s robot.txt, Google excludes /mail/. This could indicate that Google’s machines on the ‘other end’ can’t ‘find’ the title tag given by the page, or believe it’s wrong. So it gets replaced by another. One suggestion was that it might come from a slideshare page, because this one had 35 mentions of a gmail address on the page.

The conclusion: what is it?

So what really is it? Personally I think the last one comes closest, but as said, I don’t know what happened here. Google kept silent about it. There has been no logical explanation from that side. So I’m going for the technical hick up. But maybe you have another theory? Would love to know!

Oh by the way, the best thing I found when looking at this was not an actual explanation for why this was happening, but this remark on Reddit, where most of the theories came from:

This is Google at it’s best. You post something on a website, then continue your search and then you find… your own question. I can totally relate with that poster!

I love the Internet 😀