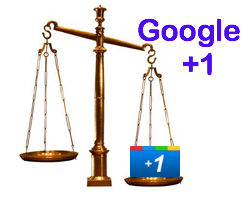 Google +1, will it succeed? The experts don’t agree

With the launch of “+1” Google seems to have made another step in the revealing of their social layers. This one without a doubt is one of the bigger changes so far. We wrote about it this morning, but we also asked several experts in the industry to shine their light on the matter. 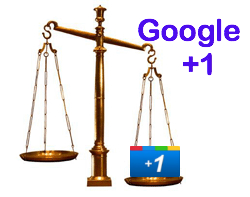 “Google’s hunger for social signals and the participation/votes of their searchers has long been a goal. I think +1 is the feature that might finally take them there. It’s far more simple and useful than SearchWiki, SideWiki, Buzz, Orkut or Wave and it has enough integration with signals that show authenticity to make manipulation/spam at least as challenging as they are for the link graph (see Tom Critchlow’s post).

I don’t know how truly “social” this feature is or can be, but I think it’s a win for search, and it fits with Google’s castle/moat mentality.”

“I think the challenge for Google is they can’t launch anything ‘quietly’ and as soon as they announce anything the pressure is on for it to be a success straight away. That pressure I think will prevent +1 from changing the world but even without widespread adoption it’s going to give Google some useful data. Whether it takes off or not I’ve got to admit it’s the best named new product from Google in years.”

“I think this will help Google get a bigger grip on social search and even on better search (results) in general, as it gives them another ranking factor that is a bit harder to game. It’ll of course also provide them with a ridiculous amount of data because I don’t doubt for a moment those +1 buttons soon to appear on websites will gather statistics. What I’m in doubt about is whether this will actually help them surface new content: because the +1 buttons are in the SERPs already, you’ll have an example if you’re ranking there now, as you’ll find it easier to gather +1’s.

This will help Google find pages that don’t add much value to the user though, not too many thin affiliate sites will be getting a lot of +1’s, after all, unless they’re faked, which is why they’re connected to your Google Profile. I’ll be interested to see how this goes along :)”

“I still think the incentive for Joe Bloggs (ie the average consumer) to sign up and utilise such results is still very limited. Its a very different beast from Facebook, where such functionality is a natural extension of an engaged and social community – however it still feels to me like Google are trying to force a community without actively giving them a reason to be part of that community.

In my opinion, Google need to actively look at building a community which may mean looking beyond their core battleground. Whether this means we see Google buying social communities as part of that strategy is open to debate – but I personally can’t help thinking there still isn’t enough incentive to develop your social circle which ultimately is crucial to uptake of the +1 option.

As a sidenote – this could have a significant effect on both paid and organic search for those even without the social circle. Certainly I would expect to see significant uplifts in paid search click through rates where sites have high +1 counts – similarly with organic search as Google take greater learnings from +1 user behaviour.”

“Google have tried similar things before – getting user feedback and users involved in the “Google community”. So far they failed. The main problem is that Google is NOT a community. It’s just a thing you go and search in. People don’t go to Google to interact with others. In fact, if you look at the obscure searches people do its quite obvious that they don’t think anyone “see them”.

If the Internet is one big community – Google is the rest room you go to when you want to do something in private :J. Most people are not even aware that they are logged into Google, when they are. This is actually one of the most common reasons I see for why many webmasters think they rank better than they do – they forget to log-out, because they (even webmasters and wanna-be SEO’s) don’t realize that they are logged in to begin with.

Google say they will show if anyone in your network has +1’d a listing. But who is in my network? When did I choose my friends? I don’t remember that … And how can I reject them? How can I have a network I don’t know about? A secret on transparent network … Hmm, that doesn’t sound very social to me :J. It looks like Google is building +1 on previous failed attempts of being a community.

One thing is for sure – if this catches on we will very soon see a huge “+1 business” thrive. To me it looks like +1 will be even easier to spam than links. A new (African or Icelandic) currency has been born :J. A funny thing about the name “+1” is that you can’t actually search for it in Google”.

“They are a late in bringing this out. It made sense to do this months or years ago – but Facebook is now so far ahead, it’s difficult to see how it can have a huge impact. Just like “Buzz” they are having to assemble connections that weren’t created for this purpose and whilst this is more innocuous, Facebook doesn’t have to “fake” it. Come on Google, this is distracting from some of the more original things they are doing – like video in Adwords. I would suggest that Google should try and re-invent search – create the search engine of tomorrow not the SERPS of yesterday.”

“This seems to be Google’s answer to the LIKE function at Facebook and I think if implemented right should bring an extra value to those searching, the companies marketing and us marketers. When I say “implemented right” it has the potential to be misused so Google needs to be very careful how they allow people to use this.”

“Predicting definite success is a mug’s game, but what I think we can say is that this could have a significant impact. It’s a continuation of a trend that saw its inception, in Google’s case at least, with the introduction of TrueView on YouTube, where users can skip ads, thereby highlighting their viral nature, and rewarding advertisers for producing relevant & engaging ads.

The fact that the +1 will be rolled out not just in search ads, but across Google’s AdSense network means that they now have a global ad product with built in social context (which Nielsen have suggested boosts purchase intent). At the moment, Facebook only offer this on their site, though many advertisers would be very happy if it was released across the Open Graph. Predicting who will win this ongoing battle is almost impossible, but certainly, for the first time in a while, Google seem to have stolen a march on Facebook.”

“I’ve got a post going up on our LiBeckIM blog later this afternoon just after 2 EST. Basically I believe it’s s gold mind for exploitation. Honestly, watching Google attempt to do social Yet Again, is pretty painful.

There’s no building of community or network w/ +1, it’s all about an individual and that’s what Google keeps missing. Facebook is about connecting w: a community or your network and sharing w/ them. Search I’d an individual thing that most people don’t share.”

“I’m not sure this is going to help or hinder Google’s social efforts, but it will impact SEO and more importantly PPC. There will be tests to run on how effective this is and how much impact it has on natural and paid traffic. No matter what, it is yet another step in the direction of getting data straight from users. It brings the focus on CRO and good marketing more into focus.”