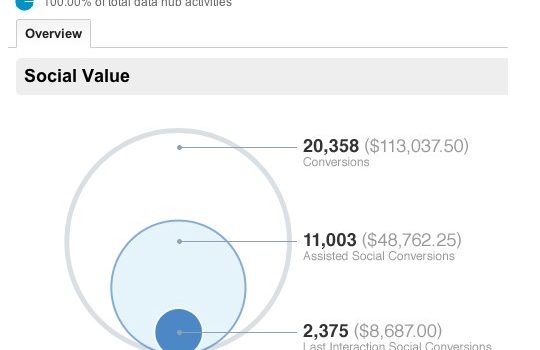 This morning at SES New York Avinash Kaushik, Google’s Analytics Guru announced a new feature for Google Analytics which has been long awaited for: Social Reports.

Google has also put up a blogpost describing what the reports are about. Google states the new set of reports “bridge the gap between social media and the business metrics you care about – allowing you to better measure the full value of the social channel for your business.”

Google launches different type of reports: the Overview Report (social performance at a glance and its impact on conversions) and the Conversions Report (which goals are being impacted by social media). They are also giving out Social Sources and Social Plugins: which is published most. 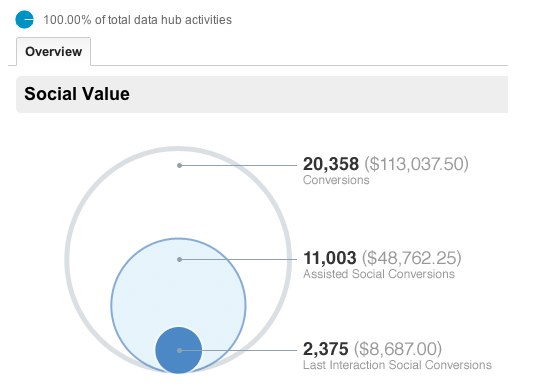 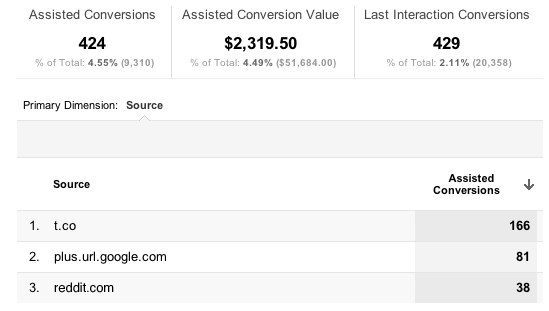 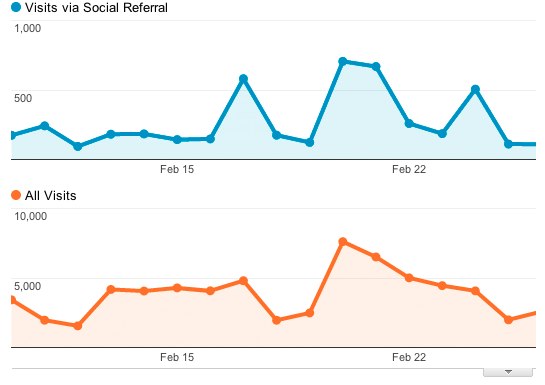 The overview report is what most people will be using probably. It gives you insights in how much conversion value is generated and visually compares numbers and monetary values.

One thing which is special according to Google is the activity stream. It shows you what is happening outside of your website:

“For content that was shared publicly, you can see the URLs they shared, how and where they shared (via a “reshare” on Google+ for example), and what they said.”

For now only Google+ is in there, according to Google soon Social Data Hub partners will follow, but it doesn’t seem to be like Twitter and Facebook will be visible, which is a shame. This is another push for Google+ from Google with the ‘excuse’ for Google that they don’t have the data from the others.

Still, Google launching this is pretty cool and very needed. The social information we will be getting will be very important for marketers to use. More data, yeah!