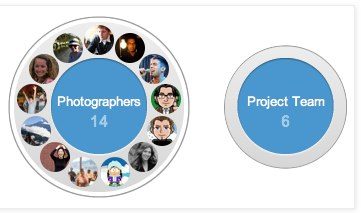 Google today launched a few major updates on Google+ making the service finally available for Google Apps users, which also means that businesses are now able to use it.

At the same time Google launched several new features for Google+. The most important one of those changes is “Google+ Ripples”, which will allow you to see how posts get shared around Google+ in a graphic way. Google also introduces “What’s hot” their own version of trending topics. 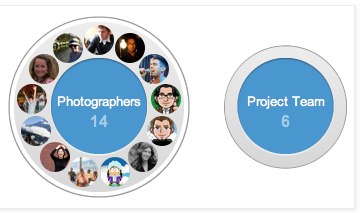 There have been many many complaints about Google+ not being available for app-users. The app users had to wait a long time, but are now finally able to join in to what Google believes will be their core. Google knows they are late to the game with the apps account:

“It took more technical work than we expected to bring Google+ to Google Apps, and we thank you for your patience.”

App users can manually turn on Google+ for their organizations. It’s however not as simple as it seems to be. For those who use Google Apps for Business or the free version of Google Apps its easy: Google+ will become available automatically in the next few days.

For the others and those already using Google+ with a personal things are a bit more difficult. If you have not yet signed up you have to do so manually. If you have, you still have to wait.

Google is currently building a migration tool to help these users move over, but that is not done yet. The tool is necessary so you don’t have to start over once you’ve signed up. All your circles and people you’ve connected to for example will be automatically migrated. I’m sorry to tell those who need that migrating tool that they will have to wait another few weeks.

Google also launched a few other features which they announced on the Google Blog (don’t let the way he talks distract you):

We all know Twitter’s Trending Topics and Google has now added a similar feature to Google+: What’s Hot on Google+.

More interesting however is “Ripples” (how do they come up with the names). This is interesting for marketers because it allows you to see how a certain post on Google+ ‘travels’, who shares, reshares and talks about the specific post and or topic:

Finally there is Google+ Creative Kit, which allows you to “play” with your pictures. Google must have seen the success of Instagram and figured “we can do that”. It for example allows you to “add that vintage feel to your vacation photos“.

I’m quite curious, will this make you use + even more? My guess is that even these changes are not the ‘killer changes’ some people have been waiting for.