Skip to content
Home » Articles » Uncategorized » Google ‘Buys’ Kevin Rose: How Can They Help Each Other? 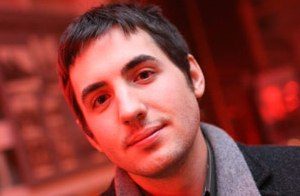 Google ‘Buys’ Kevin Rose: How Can They Help Each Other?

How do search and social get together? Well, Google is trying hard to make that work in Search Plus Your World and Bing is doing the same sort of effort, ‘less visible’ for us. But there are more ways. For example when Google buys a Social company and hires a social celebrity.

AllthingsD reports that Google has bought ‘Oink’ which is a product from “Milk”, the latest Kevin Rose product. According to AllthingsD’s sources the entire company is moving to Google, including Kevin Rose.

Kevin Rose is most famous as founder of Social Sharing site Digg. After he left that company he has been an angel investor for social tools like Foursquare and Twitter before he founded Milk inc.

Milk inc was a company which focusses on “rapidly build and test out new ideas.” Which is a bit vague. One of the products was “Oink”. Oink was an app which helps users review the best ‘things’ around them. It was released last November, but their website now says it is already being shut down so they can “focus our efforts.” According to AllThingsD its because they have been bought by Google.

It is not uncommon for Google to take over entire companies but in this case it is surprising because it is not a specific product they are interested in so it seems, unless they want to do something more with reviews.

It seems likely that the people within Milk also play a big role in the take over. Google wants them too. And one of those people is Kevin Rose.

The question is: what will he be doing at Google? Is he going to be part of the Google+ team? Is it going to be something else? Does this mean Google is focussing even more on Social? It seems like it. Lots of questions which will be answered in due time no doubt.

It also is surprising that Rose wants to work at Google. For somebody who has been that successful in the past, who already has all the money, but more importantly: who has always been his own boss, why would you go and work at a big company like that? There must be a big challenge ahead of him so probably Google+ will have something to do with it…