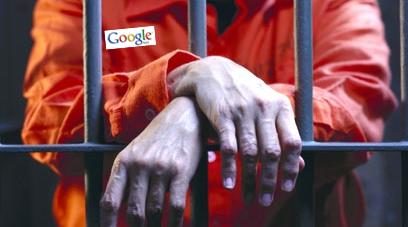 Google is by far the largest search engine in Europe. With an average market share of 95% there is no competitor for the search giant. The competitors will however be looking at the latest developments in Europe with some specific interest. Google after all, is having a hard time in Europe.

So what is going on? Google has been under fire in Europe much in the last year. Not just recently, but ever since they launched Streetview in Europe there have been many small fires which Google had to put out. In more than one country. There were Streetview issues in the UK, Switzerland, Denmark and France. The Germans were claiming Analytics might be illegal and the bookscan-deal caused uproars in several European countries with France leading the way.

The latest fires Google has to put out are in Italy, where three Googlers were convicted to a suspended sentence of six months in jail, and Brussels, where Google faces another antitrust claim from three European companies.

There are two big similarities between all the issues Google has been facing in Europe in the last year: each one of them is one way or another related to privacy issues and all have roots in the different European cultures.

The EU investigation is not directly related to privacy issues. Google faces a complaint from three companies, Ciao.de, Foundem and French legal search site EJustice.fr that Google is unfairly lowering ranks of competitors’ results in searches. The remarkable issue here is that two of these companies are related to Microsoft. Ciao.de is a German branch of Microsoft and Foundem is member of ICOMP, an organization founded by Microsoft with the goal to campaign against Google.

The Italian issue is one which has been playing for over a year already. There three Google executives have to take the blame there for a video which was posted on YouTube showing a 17-year old boy with Down’s syndrome being beaten by other boys. Google took the video down when authorities asked Google to do that but the Italian judge feels Google was responsible for the video being online in the first place and that it should have acted earlier.

The conviction made Google respond fiercely claiming that the decision could be a “Serious threat to the web”. Google responds like the almighty American company. And why not, they are right on their view, the ruling is ridiculous. But maybe Google should know better. They should think more like Europeans.

In the US the culture is pretty simple: everything has its price, even privacy. Google offers their services for free, so you shouldn’t make a big deal out of the fact that in return Google takes a little bit of your privacy. And so what if Google is big, if you earn a lot of money chances are you probably worked for it so you deserve it.

Though Europe and US are in many ways very similar, the Europeans have many different cultures. If Google would first look at how these cultures work and then act on it they would run into a lot less trouble probably. European countries each have their own rules and regulations but also have different cultures. Being the biggest is not by definition a guarantee for respect. It’s probably even the other way around: if you are big you are most likely to have many enemies. Europeans also have a lot longer history in dealing with privacy issues.

Maybe if Google (and Facebook, which is heading towards the same issues) started thinking more like a European they would run into less troubles. Don’t “force” their products to the Europeans and be sure to give them choices. That will probably help a little.

Google will have to change their ways, after all Google might be a US-company, Europe, and especially Western Europe, is a big market for Google. All markets combined the region is probably a bigger revenue-area than the US. Last year half of Googles income came from outside the US. Expectations are this will only grow in the near future, after all, 13% of Googles revenues in 2009 came from the UK.

So Google better start ‘listening’ to Europeans… But to be fair, us Europeans could sometimes also be less “defensive” towards Google…