Google Birthday Doodle: Google Celebrates Your Birthday With You

The Google Doodle’s have become almost like a collector’s item in the past few years. Many sites talk about them whenever Google comes up with a new one. The creation process of a doodle is very interesting as well as you can see below in the video. The one that is most liked is the Google Birthday Doodle.

You probably noticed that Google has been celebrating  birthdays as well. To be more specific, Google celebrates your birthday! You get your own special doodle.

When the magical moment of your birthday has arrived and you go to the homepage of the search engine, you will find the Google logo looks like a birthday celebration! When hovering over the image with your mouse the text ‘Happy Birthday [Your first name]’ will show.

When you normally click on the doodle you would be directed to a search about the topic of Google’s Doodle that day. When it’s your birthday, there’s no search query like with normal doodles, but in this case, your own profile on Google+ will open.

How does Google know when to show your Google Birthday Doodle?

How does Google know when to show you your own Google Birthday Doodle? It’s pretty simple actually. Google shows the birthday Doodle based on the date in your profile. Of course, the logo is only shown when you are logged in. This started in 2010 and recently Google renewed the logo I noticed today after opening the homepage, the new version has more cakes and firework than the previous version, both versions below. 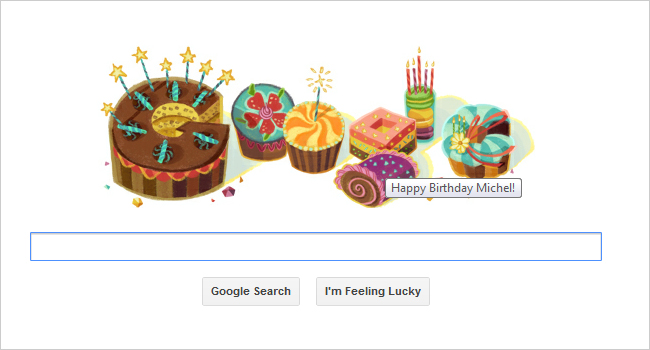 Google doesn’t just celebrate your birthday, or anyone else, it also celebrates its own birthday. And sometimes they go ‘all out’. For their 17th birthday in 2015 they created this doodle that looked back at the first years of Google (see the screen?): 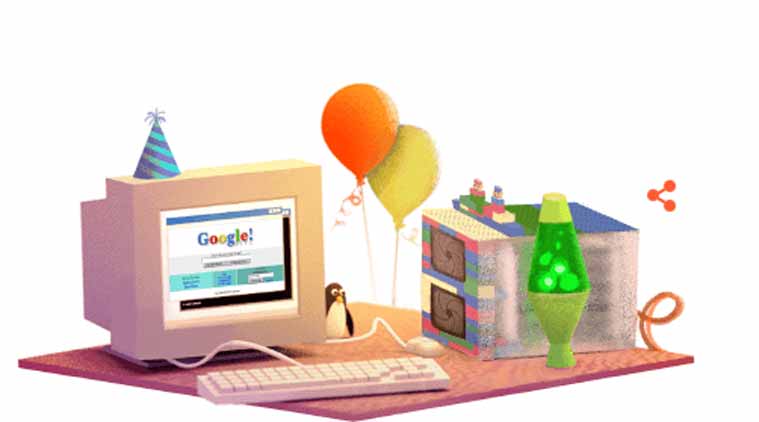 The year before however they went all animated:

The creation of the Google Doodle

Are you curious about how these doodles are created? Google created a nice video about it. Watch, learn and enjoy:

[Tweet “It’s my birthday and both Google and @stateofdigital know!!”]

Read more Google Doodles in these articles or look here.