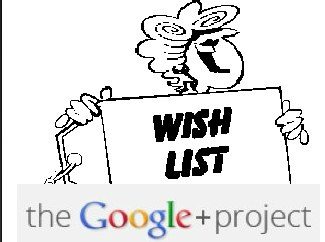 Google+ changes are coming, here is a wish list

Google+ is only two weeks young but already people are requesting, no demanding changes to the service. Some forget that the service is still in beta-mode. They claim that the lack of some functionalities could be the reason Google+ won’t be beating Facebook.

Even though Google+ might have a different goal all together, Google also wants to please the users and really build the network. After all, the more users, the more data they get. Well, changes are coming! But what kind of changes? 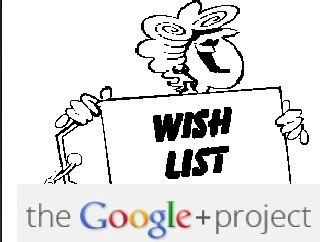 Vic Gundotra mentioned on Google+ earlier this week they will be making changes. He actually asked people to add change requests and vote on them to figure out what changes Google should be making to plus. They will be rolling out some of these changes really quickly. And most probably all the obvious changes will be made in the future, whether it be sooner or later has to be seen. The important part is that the changes will all have to integrate.

Geek.com made an extract of some of the wishes:

I myself asked the same question on my Google+ account and got some nice comments. Here is a wishlist of features on Google+, add yours in the comment if you have others!

Richard Theuws – most important: a ‘hide’ function. No block, but just a plain ‘hide’, so I can cut people from my stream but still would be able to contact them or read their updates if I want.

Jeroen van Eck – A good use for sparks. Now the use isn’t quite clear to me. Furthermore, more possibilities to manage my stream. So indeed a hide function, possibilities to integrate only certain streams and maybe add sparks to your stream.

Robert Houtenbos – Integration with other 2.0 services (“connect to Facebook”), hashtag support, push-to-circle, publicly visible circles on profile page, a vanity URL for your profile and a good name for a post. Gost? Gupdate? Like in a “tweet”.

Jogga F – A function to post a Link to someone’s “Pinboard” or to send direct messages. Perhaps i just don’t find these tools, or am I supposed to use Gmail for this stuff?

Sander Tamaëla – Added value? I don’t see any of my offline friends moving to Facebook. The reason to move could be the privacy part. Google has been very open about all privacy stuff on Google+.

Richard Gregory – The ability to add/invite new contracts from mobile.

Allan Stewart – Twitter import people you follow, import lists. Defiantly needs hash tag support. Tweetdeck, Seeismic support (although clearly thats not under G+’s direct control). Smaller (in terms of disk space) Android App (Its 9MB!!!). My main gripe with + though, is the design. IMHO Its really crowded, complicated and poorly laid out. Google have the UI experts to do a far better job with the UI and for me thats one of the main things that will help them win out users of Facebook and other social networks. Raise the bar on the design Google+

Tadeusz Szewczyk – I am missing a way to add hundreds of people at once to a circle by checking a box on a list. This flashy drag and drop thing is so tedious.

Steve Hatcher – A save to favorites star button for savings things you want to read later.

Roel Willems – I miss some option to rearrange the “circles”/streams in the sidebar of the interface. My most important streams are hidden in default because the interface shows only 5 streams.

Bas Reus – Translation of comments. For example, this thread iincludes both English and Dutch comments. For a non-Dutch reader, things can get complicated.

Jeannine van der Linden – I want Places, location. I want to be able to work within Brabant, or below the rivers, or (Stateside) in the Piedmont or the coast in Georgia. I deal with the language thing all the time, with conversations in German, French, Dutch and English (and recently Polish and soon will have to deal with Ukranian) within coworking europe (for example) and the translate plugin on Chrome has solved it for my purposes quite handily.

I myself have plenty of wishes too like for example:

And a lot more! Let me know your thoughts: what do you want?