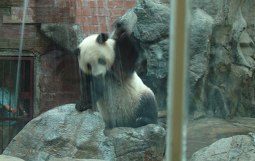 SEO’s have been noticing fluctuations again over the past week or so, suggesting that another Panda Update might be around the corner. Today Google has confirmed to SearchEngineland they indeed have done a new ‘Panda Update’, which is numbered as being Panda Update 3.2.

Searchengineland says Google has confirmed that they have done a ‘data refresh’ about a week ago. This means that there were not made any algorithmic changes, just another run through by Google, a so called ‘minor update’.

The last Panda Update was from last November and that was also a minor update. Google did the last bigger update in October.