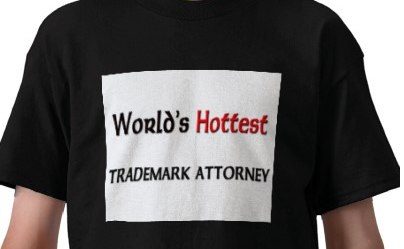 We don’t do ‘news’ items that much, but sometimes, you just have to make that exception. Google announced today that starting September 14th it will no longer monitor or restrict keywords for ads served to users in almost all of Europe in response to trademark complaints. With this move they will level the procedure with those in the U.S., Canada, the UK, Ireland and most of the rest of the world.

The change is huge because starting halfway September this means that no matter in which country you reside, trademarks as keywords will not be sacred anymore with Google, making it possible for everybody to bid on trademark terms. Before the trademarked terms were blocked from bidding on within the AdWords network.

Google will not pull back entirely: When a complaint is made to a third party and they feel it “confuses users” as to the origin and services of the ad, Google will conduct a limited investigation. If Google then agrees that the ad text does confuse users they will remove the ad. Google also insists this only has an influence on the keywords, not the actual ad text.

Google changed the rule in the UK back in 2008 which immediately caused a big uproar in the UK with companies threatening to sue Google. The UK now also sees a few differences compared to the rest of Europe: even when not owner of the trademark some advertisers will be able to use the trademark within their text.

In the US its nothing new but in Europe it is and as you might know, Europe has different countries and different laws. Not every country thinks in the same way when it comes to trademark protection. It will therefore be interesting to see how Europe will react.

At this moment I’m collecting some quotes from different Europeans to see how they respond to this news. As the quotes come in I will add them to the article.

Off course I’m also curious on your thoughts here. So let me know what you think of this change Google made.

Richard Cotton, PPC expert at Distilled in the UK says:

Far too often there are over-zealous uses of trademark which either lead to incorrectly banned adverts or at least ridiculous numbers of exception requests because some tradmarked terms have generic or ambiguous connotations.

Essentially I want the rules to allow the best ads and choices to be displayed. If the new trademark rules allow more relevant ads to be displayed without completely ignoring the genuine trademark rights then it’s a step in the right direction.

“This is a bold move by Google. Their approach is in line with what the European Court of Justice said but the fight is far from over, and they may be opening themselves up for further lawsuits. Which is good in a sense because we’ll get more clarity about what is and what is not permitted.

However, this does not mean that people who advertise using other people’s trademarks are acting lawfully”, Engelfriet warns. “Google feels confident that it can allow such advertisements because it enjoys protected status as an ‘intermediary’ under the law. But people who use trademarks without being entitled to do so, can be sued by the trademark holder. It doesn’t matter if they advertise using Google or other services.”

Danielle de Gier from OnetoMarket in the Netherlands says:

The impact on the whole may not be that high. This change of policy is not applicable for all trademarks, because trademark protection at keyword level only applies to a relatively small percentage of the protected brands, mostly major international advertisers. Most brands only have protection on ad-level, it won’t affect those areas.

Jon Myers, head of search at Mediavest in the UK says:

This alteration by Google marks serious change in trademark policy globally really. With the UK coming under the US policy and Europe under the current UK policy on the 14th September it will be interesting to see the effect it has. I would expect Europe to fair worse initially in the change as per when it happened in the UK in May 2008 we saw large inflation of bid price and advertisers on brand terms and this took around 3 weeks to settle down but caused large cost increases in brand acquisition for the period.

The UK may find the latest change to be of benefit in my opinion, as I understand it you will only be allowed to place the brand term in your creative if you carry that product on your site and link to the page with it on. This can only make for a positive experience for the user and I am sure the retail market will benefit best from this change. Time will tell and it will be interesting to see how this change beds in but ultimately now it will be down to marketers to police their brands on a global basis as the final trademark shackles are removed and I don’t think it will be long before Europe sees the US policy in place as well.