Skip to content
Home » Articles » Uncategorized » Google did De-Index Digg, but by Mistake. Digg is back now 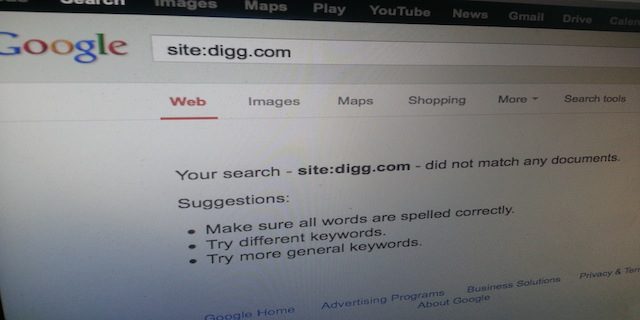 Google did De-Index Digg, but by Mistake. Digg is back now

Digg is now back in the search results after Google explained what happened. Matt Cutts from Google explains it had to do with a spammer attack:

“We were tackling a spammer and inadvertently took action on the root page of digg.com.”

He also stresses this has nothing to with Google Reader, which was suggested on Social Media since Digg announced it would build their own version of it.

“we’ll be looking into what protections or process improvements would make this less likely to happen in the future.”

The official response from Google is:

“We’re sorry about the inconvenience this morning to people trying to search for Digg. In the process of removing a spammy link on Digg.com, we inadvertently applied the webspam action to the whole site. We’re correcting this, and the fix should be deployed shortly.”

There was a time when Digg.com was the hottest site on the web. Even hotter than Google, believe it or not. Those times have passed and its founder, Kevin Rose, has actually jumped ship to Google.

But still Digg is a force to reckon with. Quantcast last year estimated Digg’s monthly U.S. unique visits at 3.8 million, and that is US only. And a lot of that traffic still comes through Google.

A search for Digg doesn’t return any search results from the site itself and neither does a ‘site:digg.com‘ result. 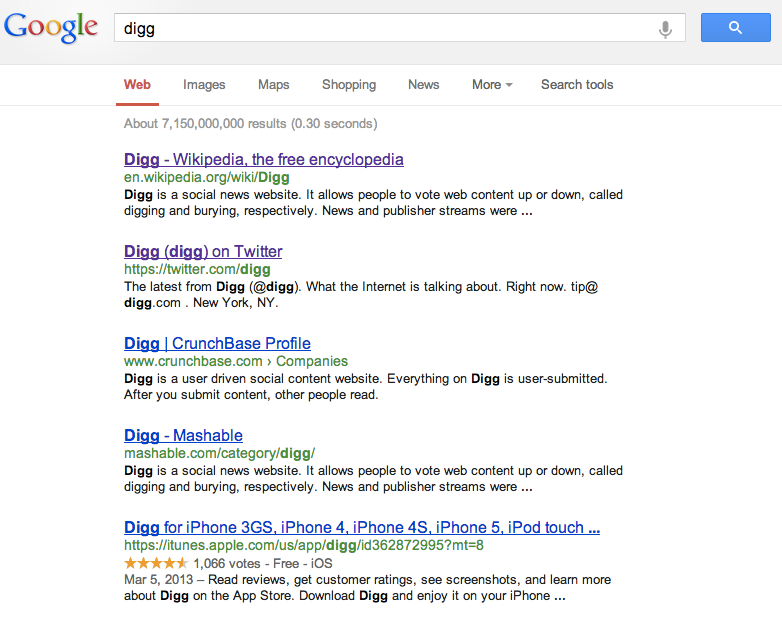 With recent developments in penalties given by Google to Interflora and even warnings being send out to the BBC this off course immediately triggers the thought that something is up and that Digg may have been penalised. So far we don’t know if that is indeed the case, but we are looking into it.

Their robots.txt shows something interesting as well, though this is not necessary related to this situation:

It seems as if Google is tightening their grip on SEO and especially on low quality links. The Penguin updates are directly related to that. The fact that big sites get hit may indicate Google is setting examples. They are becoming stronger and stronger in finding those bad links. And even though they will never be able to catch it all, like the police will never solve all the crime, the latest developments might help in putting fear into the minds of webmasters who are considering going for the ‘quick wins’.