Skip to content
Home » Articles » Specials » Yes, Google and Gmail Were Down

Yes, Google and Gmail Were Down

Some excitement on Social Media today, something which rarely happens seemed to be happening at the moment: Google seemed to be down for many. It was first noticed when Gmail couldn’t be reached, but it seems more Google products were down, even Google.com.

It also appears that Google’s social network, Google+, was having problems.

The error most users gt was a 500 code problem, which indicates that it’s a temporary problem.

After about 50 minutes Google was back up, but there were some troubles with connections afterwards so it could be that you are experiencing some issues at the moment.

Yahoo decided to make a bit of fun of Google by tweeting about the outage. 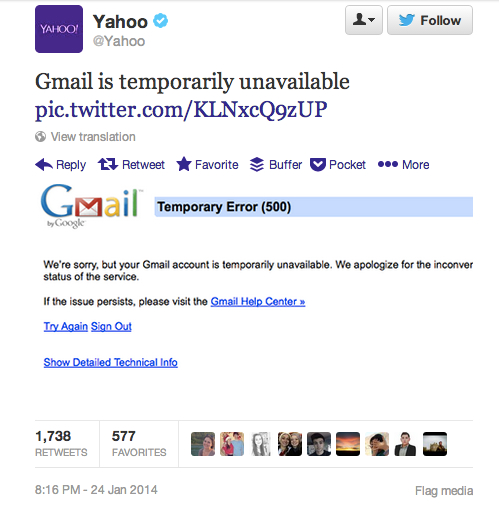