Skip to content
Home » Articles » Uncategorized » Google+ For Businesses: What The Industry Thinks (2) 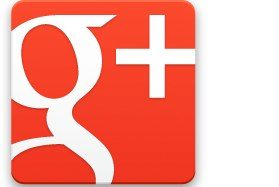 Google+ For Businesses: What The Industry Thinks (2)

So Google+ has finally launched Google+ for businesses yesterday. We are seeing a lot of businesses adding their pages at the moment, but there is still doubt whether or not Google has rolled out a killing feature or that its just something which should have been there from the start.

We have asked several people in the industry what their thoughts on the new feature are. Below you can find the second part of the responses we’ve had so far. These are all from Facebook. 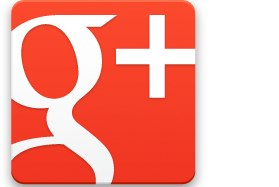 “Bringing business to a small audience…It’ll likely be something that’s done out of best practice just to have it covered but I can just see it being a pain in the arse for businesses to have *another* social network to update, only this time with not much return unless their target market is 25-40 year old geeks.”

“The fact that brands will be encouraged to advertise their Direct Connect is going to be interesting. So if you search +Pepsi you go direct to their Google Plus page, so presumably no scope for getting any benefit from piggybacking another brand’s campaign etc”

“The Hangouts feature is one that we could see being utilized by brands to speak to their customers, but this would need much bigger take up from the wider public, otherwise this is just another property that brands need to make sure they have covered off. The proof in the pudding will be can businesses really make Google+ pay?”

“This is the most active G+ seems to have been for a while which means it’s been a success in getting people talking about the network. However every single page I”ve seen has been launched by an SEO or social media person…

Using the rule I just made up – How long it took Twitter to be good and/or useful – I’d say give it another year and wait for Stephen Fry to start banging on about it then we’ll see.”

“I think it’s the shot in the arm that G+ needs. They could really do with thousands of brands building pages on there and pushing their customers to these pages. Let the brands do the work.”

“These new business pages seem too much like Google is playing the “Let’s Copy Facebook” game. Instead of focusing on a unique positioning and feature-set for G+, Google seems intent on making it a vanilla-flavoured Facebook copy. And I’m afraid in that particular game, Google doesn’t have a chance.”

“From a business point of view, I think Google+ has definitely lacked this functionality. I believe that further improvements still need to be made – such as customisation and tracking – before it can be seen as a serious competitor to Facebook, but it is definitely a big step forward.

Is this the first step on the way to total integration of all Google’s products, including local search and maps, to make Google+ your homepage?”

“I agree with a lot of people here that it’s just a way to fill the gap that should have been filled from day 1. It may have indeed been announced now along with a logo rebrand so that it looks more fresh an individual, but to me this looks like a shaneful attempt to do something Google still can’t master – social. The trend will continue as it has been up to now. Look at Google’s own insight into search trend: http://goo.gl/JlkBa”

Find more responses from the industry here, check out our very own Google+ Page and let us know: what do YOU think about the new Google+ Business Pages?