Skip to content
Home » Articles » Uncategorized » Google forced to give away data on court order: what’s next? 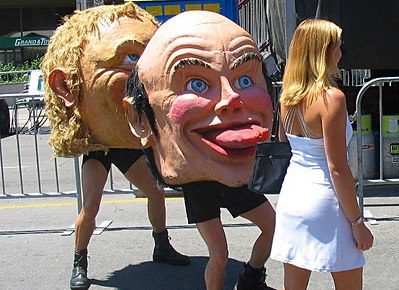 Google forced to give away data on court order: what’s next?

The web is still relatively young. Which means we still have to get used to how to work with the web combined with the rules we made offline. The web makes it a lot easier for example to pretend you are somebody else. Or to harass others. The Negative SEO panel at A4U Expo last week showed us some interesting angles on that.

But the web might be something online, it doesn’t mean that the things you do on the web are above the law. Far from actually. The rules which we have offline also count online. The problem however in many cases is: where lies what responsibility?

A ruling of the court in New York now has made a possible jurisprudence which might mean some big steps when it comes to what data for example search engines will have to share when the law is broken.

Google was ordered to provide the plaintiff Carla Franklin with identity and contact information for the person or people who posted denigrating comments and unauthorized videos of her beginning last year, within a couple of weeks.

The comments and videos placed were coupled with personal information about her and were according to Franklin and her lawyer “humiliating, creepy and potentially hurtful to Franklin’s professional prospects”. She thinks she knows who is responsible but she needed proof to take legal steps.

Usually Google doesn’t give away this kind of information, but is now forced to do so. That might be a big step. Not just because Google will have to give away data, but also because Google then needs to come clean about what data they actually have. And how much of that data can be demanded from Google in cases like this?

When looking at this with a ‘human’ view I welcome this because I do believe that harassment should be punished. But it is also an interesting moment when it comes to privacy issues and Google because Google now really wants our personal information. As CEO Schmidt said this month, to make our search results better. But are we willing to give away that data if that means Google might be forced to give it to others?